There are two parts to this article.

The first part, the easy part, the nice part, is going to come before the fold. No spoilers, just a little summary of this fun little movie that I had a good time with, because it’s a fun movie.

The Mitchells Vs. The Machines is a 2021 animated movie about a family road trip. It was going to come out in theatres, but 2020 kept happening, so instead it came to Netflix, where you can watch it right now, if you want. It’s about a teenage girl about to leave her home for college to study animation, and the ensuing feelings of family distance that come with it. It’s about one last road trip to bond together, to build memories before the onset of college life.

And then the machine apocalypse hits. 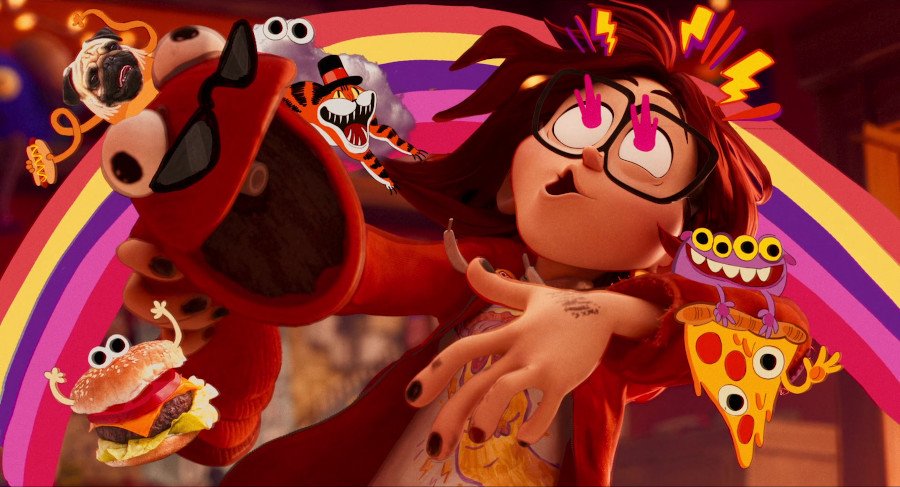 Look, you know the kind of colour-by-numbers kids’ movie we’re dealing with here. A family against the world, in their so-called car, coming up with schemes and chicanery to try and survive, then save the world. The main characters are a kind of likable, the jokes are very funny, and the sense of humour relies on actually knowing a few things about the kind of things they’re teasing.

It’s one of your heartwarming everything-works-out-okay kind of movie, with some fun unexpected laughs, a great sense of timing, and an interesting instagram-filter-and-stickers kind of aesthetic to express its character.

Solid movie. I liked watching it with my friend. It was a good time.

And the rest is below the fold. 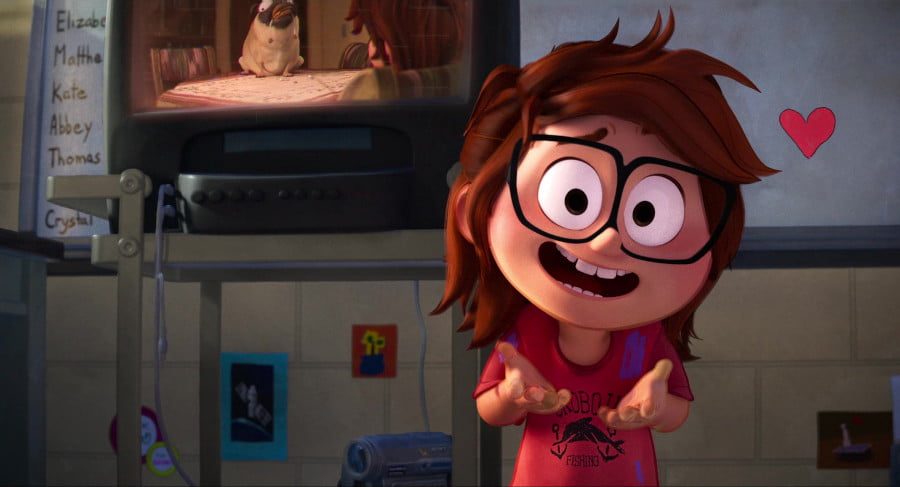 If you’re a critic who praised this movie ‘for LGBT representation,’ go fuck yourself. Katie’s gay, which comes up literally at the end of the plot as a tacked on detail. It’s described as celebrating a LGBT hero, it’s seen as a landmark and fuck you, no it’s not. If you can cut six words from your story you don’t get the cookies for it being ‘brave’ LGBT representation. If you have to clarify on twitter that a character is gay, you fucking didn’t put it in your fucking film.

Also, this isn’t a movie of its time, this is a movie of forty years ago. The credits make a point that these characters are based on the family of one of the creators who is not, it turns out, a 17 year old girl in 2021. Her dad would have been born in the eighties. He’s my age. He acts like a fucking boomer who’s so mad that his forty year old daughter asks him to use her phone. This guy doesn’t feel real to me. He doesn’t feel like a guy my age, he feels like a guy my dad’s age, and he feels like if he was a guy my age, I would fight him.

Hey look here’s a young hip executive doing a Steve-Jobs style presentation who is also ruining the world. It’s pretty weird how often I’ve seen movies invoke ‘Steve Jobs’ to represent an evil empire, but also do it by making him a person of colour. What the hell. Also, this guy is in his twenties – Steve Jobs was fifty two when he launched the fucking iPhone. But you know, good on Sony to make a movie that stands next to Apple and going yeah, the tech monopoly they have is bad, we totally wouldn’t do that, as if they mean it, it’s fucking disgusting.

And no, Dad, you don’t get cookies for eventually coming around and responding to and respecting your kid. That’s what you’re supposed to do. “Oh, me and my daughter drifted apart,” she reached out to you, you piece of shit. She tried to connect with you. She tried to connect to everyone. And apparently when that stopped being convenient or easy for you, you fucking quit. There’s some talk trying to say that Katie ‘withdrew’ from him because of his disinterest and that makes it as much her fault as his. Don’t fucking both sides this shit. He’s a parent. You signed up for this. You don’t get to have a creative, expressive, engaged kid who’s trying to make things and even showing interest in your shit, and then act like it’s her fault that you stopped fucking caring about her interests.

Did you catch all the memes? All those cool viral youtube videos? Yeah, there’s a lot in here. Probably paid for, great, good job monetising that virality, Christopher Torres, I hope you got a fat paycheque. But when a corporation pays money to put memes in their movies, and put le epic rage faces on their characters, I am immediately and immensely suspicious. It doesn’t say to me ‘hey, we’re just like you,’ because fuck you, you’re not. You’re a corporation. You don’t get the wild and free anarchic art of people creating in free spaces of the internet. That fucking screaming babboon clip with Rick’s face on it was Sony ripping the skin off a shitpost and wearing it like a mask.

Look, essentially, The Mitchells Vs. The Machines is exactly the same movie as The Emoji Movie. It is a corporate regurgitation of online media culture. The only distinction between the two movies is one of quality of execution. It’s just as soulless, just as hollow, and while a lot of very funny, very fun people made this movie and did great work, this movie wants, really badly to be a part of the cultural lexicon, and it absolutely should not be.

I think the most powerful sign of this is the song they chose to use to represent Katie and Rick’s relationship. You might think it’s a cute reference to the Numa Numa dude, but no, that’s not it. It’s the TI Song, Live Your Life, featuring Rihanna (the… actual voice you care about), which already sampled part of the song Dragostea Din Tei. It also dropped in 2008, which … I mean, that may not work with the timeline but whatever. The point is, this movie uses a song that samples a meme that interprets a song. It is a photocopy of a photocopy of a really genuine moment in internet culture, of someone having fun on the internet in an earlier day, chewed up and spat out.

Also: If your kid is producing multiple long media presentations in your family home with her laptop and dog and special effects like Katie was you apply to get her a fucking scholarship.