Twas the nights before Christmas,
And all through the house
Fanagement was happening
In the name of the mouse,

Holy wamps this movie is great. 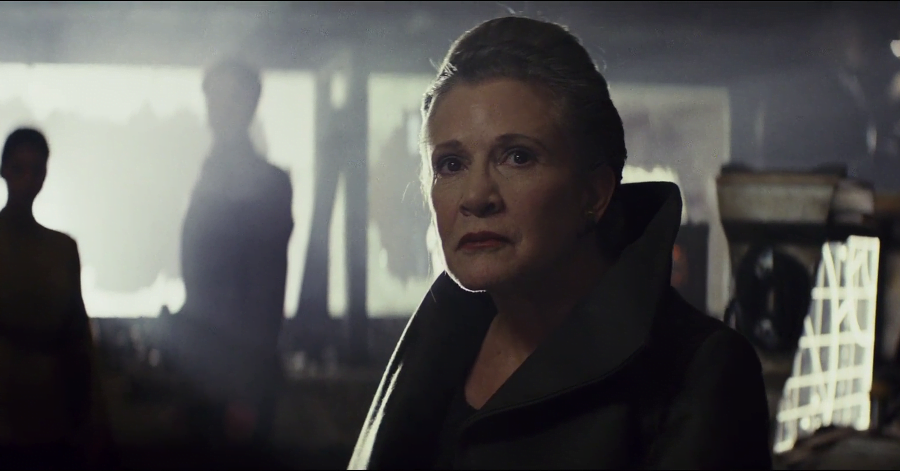 I’ve talked in the past – hey, this year – about how little impact Star Wars has on me, and how I’ve never been that into Star Wars except, it seems, to really appreciate the murder teddybears we call the Ewoks. The thing is, this isn’t to say that Star Wars movies lack any kind of difference in texture to one another, or that I’m not familiar with what happens in them, it’s just that the nature of Star Wars in the year of our Luigi 2019 is one where the absolute inertia of its own cultural presence means that most Star Wars movies feel like they’re very impressed with how important they see themselves being despite how they are in a lot of ways kinda basic. It’s understandable because it seems broadly speaking that they all exist as merchandising opportunities to sell toys to kids, even if that’s not how they started, and telling kids they’re important as well as everywhere seems to be the thing.

They’re kind of that self-important feeling has always been weird to me, and after living through the first new trilogy of The Phantom Clone Venge that sluiced embarrassingly into my life in my teen years, the announcement of Another Trilogy that then became so widely merchandised I saw ads for it on bags of mandarins didn’t exactly ingratiate myself to the idea of Doing All That Again. Can’t wait to find out which thing they’re marketing at angsty teenagers and which they’re marketing at little kids and which is meant to make me feel like I’m included in some cool in group of special people.

The Jedi as a group were definitely one of those imagination spaces, to me, something where people would make up their vision of a Jedi character. When I first started on TTRPGs and Star Wars was part of that landscape too, of course there was a conversation about how to be a Jedi. A Jedi, a thing everyone wanted to be, a thing that kind of presented itself as the thing that made Star Wars different to say, Babylon 5 or other science fiction stories at the time. When Dark Forces let players Videogame into the world of Star Wars, people wanted to know why you didn’t get to Jedi at things. The sequels to Dark Forces and the sequels of those sequels and the sequels of those sequels’ sequels all went hard into Jedi stuff. Jedi were important. Jedi and the force made Star Wars work. 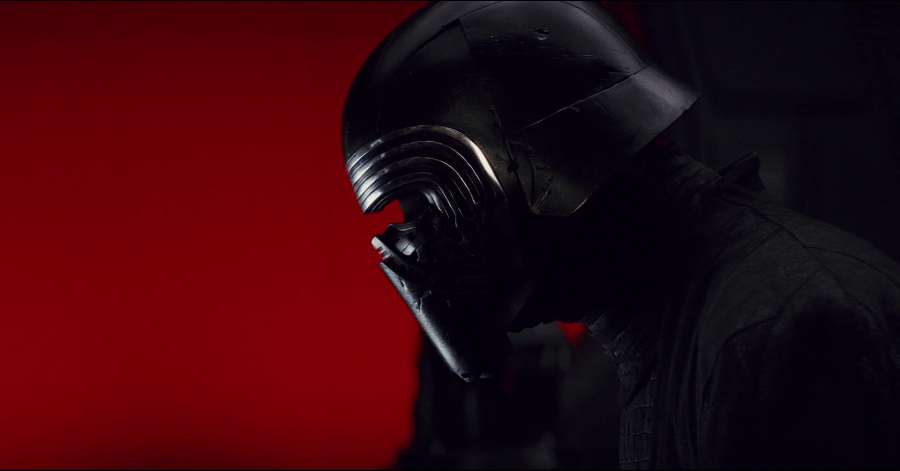 Jedi are also these people who worship at an ideal of detachment from reality and consequence that speaks to some very 1960s ideas of what kind of attitudes deserve power. If you gave me the ability to defy border guards and fling assholes across the room you better believe I’d see the only moral use of that power to start wrecking abusive power structures, while the Jedi are a much more hey just chill, don’t rock the boat, slow and steady kind of contemplative magic monks. Nothing quite so irresponsible as having power and using it, after all.

Anyway, my lack of interest in Star Wars was part of why I jumped straight on past A New Awakens. Apparently that movie was just Star Wars One Two And Three, A Supercut and you know what I’ve seen enough people going over that basic plot in order to explain how to tell any story. I’ve read my Joseph Campbell, I know why Leia doesn’t get to do much in very Catholic ways. But The Last Jedi caused fuss and that fuss was from assholes and all that noise got me interested.

It’s a true idea that you can tell something by the quality of its enemies, and when I saw people mad at at The Last Jedi, those people, the people who were loud and angry and made long video essays and argued about it in public spaces and found strangers to be mad at over it, those people were absolutely the kind of people who I’m happy to see real mad about stuff.

This made The Last Jedi the first of the new trilogy I saw.

And wow, this movie is great. Did I say that? I said that. Whatever! 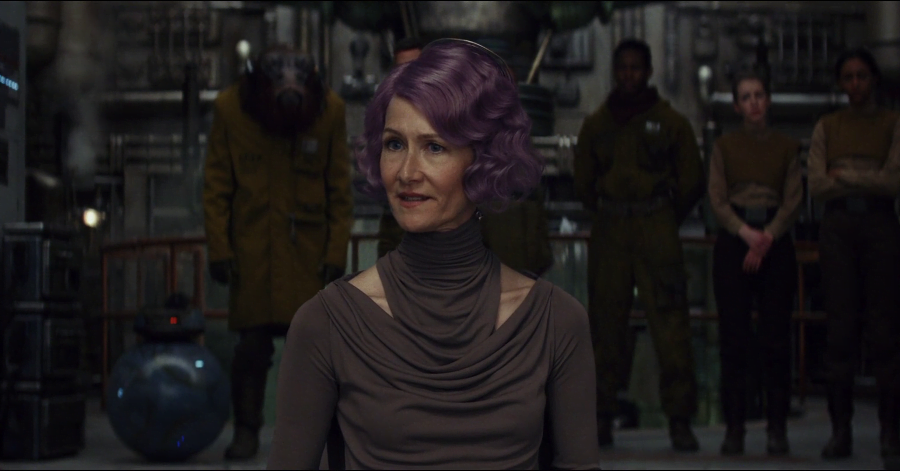 After a year of seeing people talk about how much they liked Finn and Poe being cute together, my introduction to Poe was seeing him as this – and this is a charitable line on this character – utter dinghole. This guy shows himself as being good enough to save his own ass in the opening sections of the story, and then the rest of the movie, this guy spends his time being the worst kind of bro at every woman he meets. It’s kind of amazing to watch in action, because it’s really thorough the levels on which this guy just does not respect women. There’s the obvious way where he demands a woman who outranks him several stages explain the plan to him, a person who ignores plans. Then, he meets an actual Princess and Force user who’s famous for having won a war last time (though you know, that’s debatable), and he mouths off at her, because she can’t possibly understand what he knows. Then on the escape pod, he runs to the cockpit where a woman is already piloting the ship, and he tells her to go fast as you can and well, like, thanks for that advice, ace pilot, she’s already doing that.

I bring this up because I feel a bit like this is unintentional. Poe rejects authority, even when that authority is right, and it just so happens this time that all the authority he meets is women. That’s a byproduct of having a bunch of important women in the story, they’re going to clash with someone who doesn’t like listening to the people in charge. But it also paints Poe as a complete asshole, like, you’d have to be stunningly head-in-ass to watch this movie and come down on his side, or you’d have to see something about him that was easier to respect than all the women he spends his time whining at. That right there stood out to me in all the fracas. There were people who liked Poe enough to be upset that he could be wrong, and they blamed the women around him.

If Finn is this guy’s boyfriend, Finn can do a lot better. 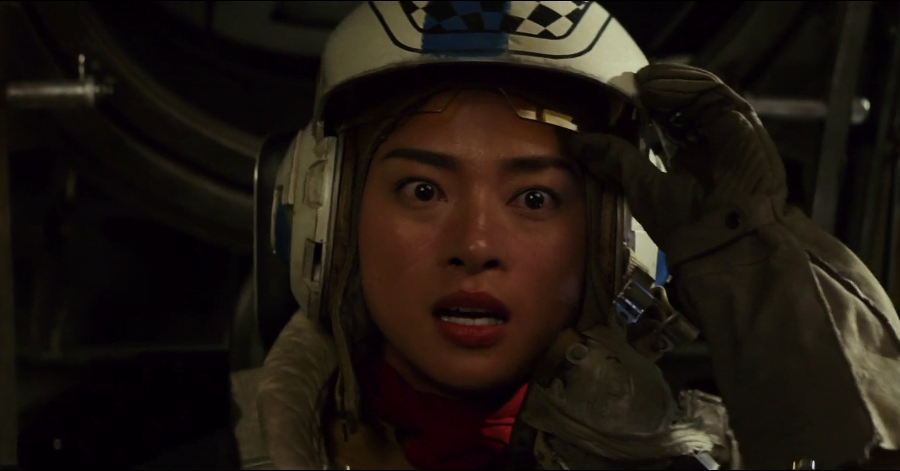 There’s also this a recurrent theme of bisection throughout the movie, sometimes very literally. Luke twice draws a line that’s made to cut things apart. A major character is cut into two pieces. Another character dies cutting a major villain in half. A suicidal charge is interrupted with a crash from the side. There’s this regular use of things being cut in the middle, or intercepted in the midsection.

Normally when you have a trilogy, the middle part of it suffers from, well, middleness; the story can’t do anything to ruin the trajectory of the ending, and it can’t introduce anything that should have been introduced at the start. In a three arc structure, the middle is where things get complicated, but you can’t make an entire movie out of complication. What I like about The Last Jedi is that rather than muddling around wasting time, it shoves the entire story off course: the trajectory the first story sets up is wrong, Rey’s not going to meet Luke Skywalker and come with him to go badass her way through the story, like you wrote in your fanfictions when you were twelve.

I really like Luke and Leia in this? These two people who have lived with the experience of being icons, people who have a lot of power but, in the Star Wars universe, have never been really comfortable with wielding it. Leia has the beaten down boredom of a full time bureaucrat, and Luke has had to deal with being The Luke Skywalker so that even his mistakes are amplified beyond all reason. This is made all the more poignant by the fact that Carrie Fisher is gone now. The Carrie Fisher.

To an extent, the characters of Luke and Leia weren’t us as we grew up; they were already adults when we were born. They were already done, the stories were already set, and that meant that we were always looking back in time (and far, far away) at these people of our parents’ generation presenting themselves. I think at times that to an extent, criticism has plucked the living flower from Star Wars, showing us characters in a simple story who are flawed and complex, and the stories are all full of these competing needs and story threads that are tried or failed. 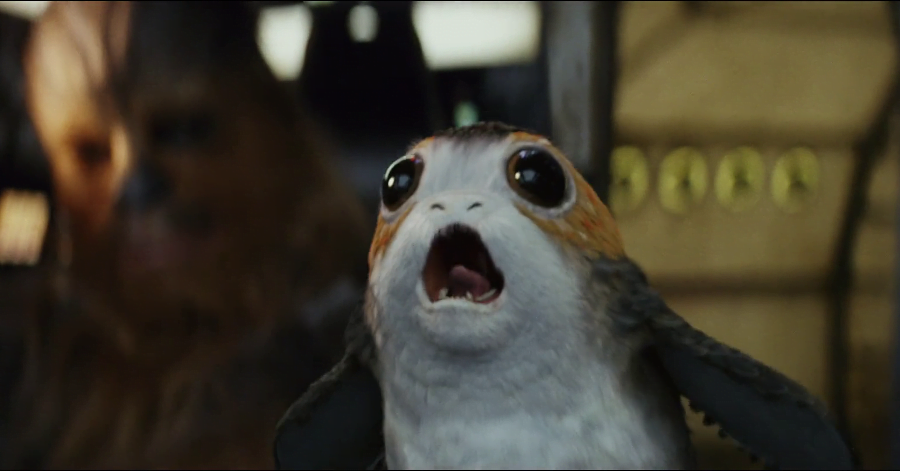 There’s this quote I’m fond of:

I feel that The Last Jedi wants to take you on that journey; you must learn that Luke Skywalker was never going to come into your life and save you from your limits; that that’s not his fault and he was always a human too; and then, you must forgive yourself for needing that in your life. In so doing, you become stronger and greater than you ever were.

A lot of people do the best thing in their life in this story, and it’s the last thing they do. Sometimes, your story ends carrying the story onwards. Sometimes, all we can live for is to make someone else’s tomorrow.

Goodness me, this movie is good.