I know over this past year I have definitely become something of a fan of not the Hallmark media itself, but rather the serious critical space that surrounds Hallmark media in the form of Dave & Jeb Aren’t Mean and their various commentators looking at Hallmark as a brand. Now, I don’t have Hallmark movies of my own to watch, but what I do have access to is Netflix, and Netflix are happy to make and present their own knock-off derivatives of Hallmark’s design space, and maybe even afford it something that could be seen as a ‘bigger budget’ version of same. Thus, for our next Smooch Month movie, we’re going to look at The Knight Before Christmas. 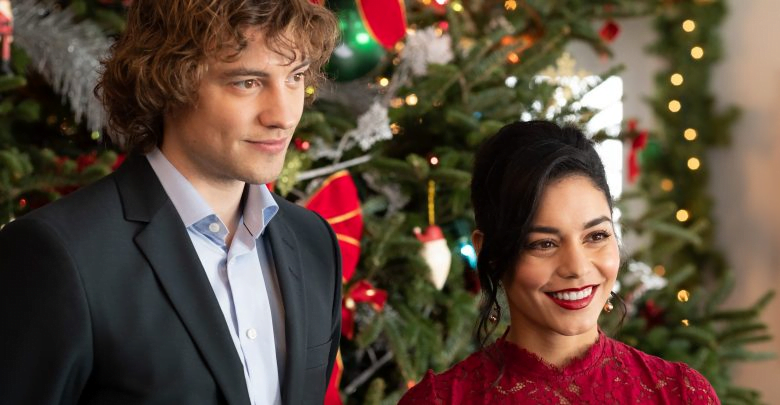 Notionally, you might want to know what happens in this movie, so to give you the most basic rundown of the plot, a knight in the 14th century England meets a witch, who hucks him forward in time with a cryptic message to 2019 Ohio, where he meets Vanessa Hudgens. They hang out and do no-impact Christmas stuff, he finishes a quest, goes back in time, then asks the witch to send him back, so he can kiss her again and become a cop. I’m not joking.

This entire movie affair is completely frictionless, with almost every single thing that impedes or causes tension slipping past extremely quickly, with the sort of pacing that feels like a television program designed for retirees. This movie features a thief being chased down, a sword fight, a missing child, poverty, a community christmas party, at least one hilariously dancing black person, a car crash and a hospitalisation and literally all of them are handled with the same kind of narrative impact as you get watching the DVD logo slowly slide around on the screensaver.

There’s always going to be some special dispensation for time travel movies, of course. The sheer scope of what time travel needs to solve to work is pretty mindblowing, and if you get hung up on those details you wind up making Primer instead of Kate & Leopold.

Which this is. Or wants to be.

Okay, so if you’re not aware, Kate & Leopold is a 2001 Hugh Jackman/Meg Ryan movie that, while not the first example of a ‘time travelling hottie arrives and sweeps you, modern and relatable person who thinks of her life as sucking off her feet’ movie, certainly codified the way those movies are meant to work. The fantasy is that boys from now are bad, and boys from then are just romantic icons, ideals that are just improvements over the current standards. That’s what this movie, and every movie like it, is doing: There’s a fantasy, fairy story ideal of Better Hunks than we have now, and rather than find, say, a SCA nerd who lifts, our hero waits until time travel and a witch drops it into her lap. Which, you know, reasonable, I guess!

Now, one could point to the deeply fascist roots of wanting a time of absolute monarchy that churned out rich hunks that would walk into your life, choose you and simply be so perfect it didn’t matter to you anything about their greater goals or ambitions in life or how or where they got their power, but again, this movie is frictionless, and has magic in it. Magic can do the heavy lifting here. After all, it can strain your personal sense of disbelief that a knight from the 14th century could do things like ‘speak modern English’ or ‘absorb our culture from a binge watch’ or ‘deal with the culture shock of having to work for a living,’ but since the story isn’t about those, we can just sweep them aside.

It’s really hard to talk about this movie because there are so many layers of benefit of the doubt you have to give it, because when you view it as a conventional movie, there’s so much it’s doing that doesn’t work, or works contrary to what you’d expect in a movie. That’s one of the assumptions that just doesn’t work, though, because Knight Before Christmas isn’t really a movie in the form you expect.

It’s a lot like when someone who’s never watched a Bollywood movie tries to talk about it. There’s all these breaks in flow, there are these music numbers that break the diegesis, there’s like four different genres hapening at once, what’s going on, why are there so many characters? The answer to those questions tend to be this is a different form of movie than you’re used to.

This is a movie that’s not designed to comply to normal ‘movie’ structures. This is a movie that does not want a rising crescendo or a tense midsection or a twist or to communicate a message. This is a movie that seeks to transpire; it wants to give you sequences of nice moments, without ever having the anguish of worrying if something goes wrong. Dave & Jeb Aren’t Mean refer to these as movies ‘for the gentlest of people,’ and while I’m loath to just straight up rip their idea… yeah. It’s a movie made for people with all the severity of proofing bread. 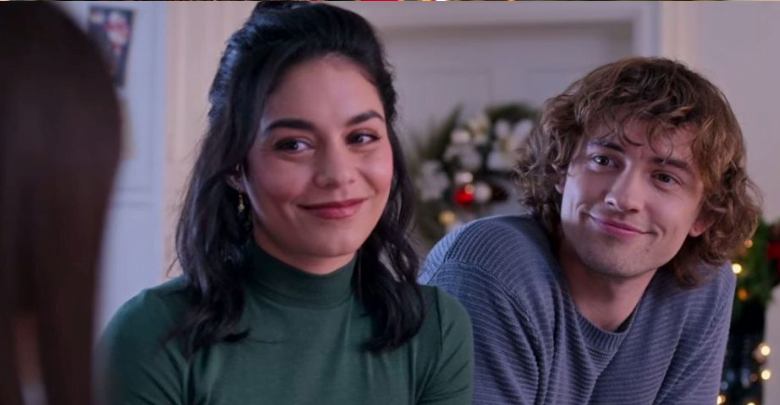 With that in mind, that this movie is something that just happens in the background and shows you cute moments of the two people you probably kind of like (especially if you’re, I don’t know, super into Poldark), having extremely unchallenged domestic life. The movie isn’t about a plot, or a story, it’s about whether or not you like these people, and liking them is much more about the things they represent than anything they do.

With that in mind, based on the idea that this movie asks a complete transformation of my critical framework, and that it’s not about trying to make a point or be about anything and pointedly needs me to ignore the way Vanessa is just stonkingly rich on a primary school teacher’s salary, or the way the cop invokes police violence without, you know, really or the way poverty is solved by a Christmas present, or how nothing about Cole’s story really means anything, is it okay? is it a good nothing of a movie?

I’m sorry, even giving this movie all the benefits of the doubts it wants, it’s really tedious. If you want to make a movie that’s about seeing characters I care about just bop around and make bread or something, the important thing is to start by making characters I can care about, and the utter ease with which these characters deal with their incredibly sculpted world makes it very, very hard for me to feel particularly invested in them.