The Dragon Prince is a netflix television show about an elf, a prince, a dragon, and all the complex challenges they have thanks to some mishandled jam tarts. If you just wonder about my general perspective, or if I’d recommend it, this show is great, bursting with personality, with good comic timing for its comic relief, wonderful action sequences, excellent voice acting (it really grew on me), and a number of characters who don’t overcorrect away from their archetypes while not sliding into being banal or overfamiliar. It’s great. Check it out. Easily worth paying for a month of Netflix and binging it all over a few weeks.

Now, if you want more, that’s after the fold. What is going to follow is pretty spoiler-free, but I want you I will say mean things about the Voltron fandom and criticise the ending of Avatar: The Last Airbender. 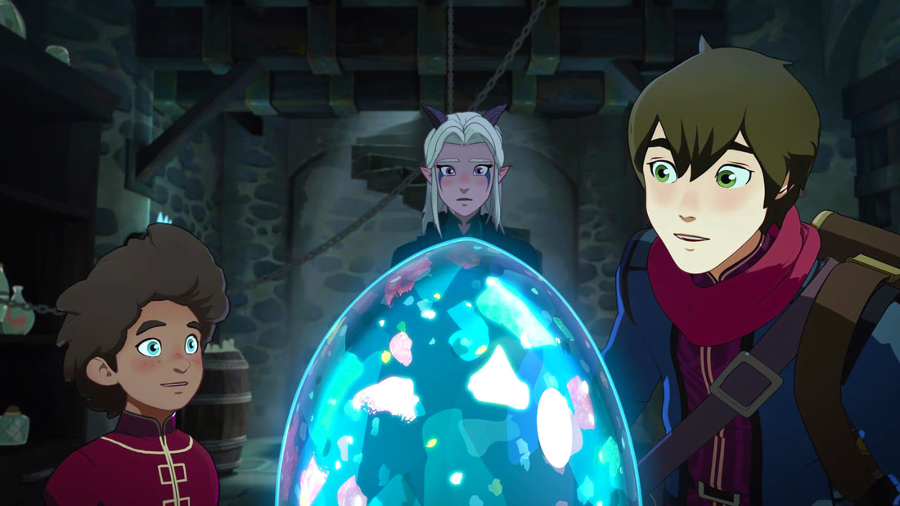 But to speak of a Prince, we must first put it in context, with its King.

Once upon a time, there was this series called Avatar, which was pretty much the best animated adventure story of its ilk, that hit squarely its target audience and above, that took them seriously, presented them with serious topics and meaningful plots and filled the narrative with interesting stories and sophisticated worldbuilding, a variety of cultures and cultural outlooks, and all presented through a lens of fantasy universes that wasn’t just General Western European dragon-and-sword nonsense. It had two properly excellent seasons, and of its 61 episodes across three seasons, it had maybe a handful of episodes that Weren’t Very Good but so what, because it also had transcendentally good performances by consistently good voice actors and writers and story directors, and, generally speaking, it was great.

There have been now three series that get pointed to as followups to Avatar: The Last Airbender in terms of the people involved. Those followups have been The Legend of Korra, a show that tried to do about as much with about a tenth of the material support, Voltron: Galaxy Defenders, a show much better than its fanbase thinks it is, and here, the third, is The Dragon Prince, a show that brings the same storytelling skills to bear on a classic European fantasy setting.

The thing is, there’s always this quietly morbid thought about Avatar, where I have to acknowledge that my lack of familiarity with culture and signals and the little invisible ink signs that show care or what the worldview of the show cares about (like, say, Chakra!) may mean there are ways the show is bad that I don’t recognise, because it comes from a different source material and is constructed with a different narrative language. Just for an example, I think the concluding morality is awful, but I pretty much understand to people who put greater stock in a spiritual worldview that isn’t also related to religion, the whole thing’s going to look different. Maybe it’d even feel good.

I’m actually more fond of all three of these series than I am of Avatar, even as I have to recognise that Avatar is yes, funny and charming and full of emotional love and narrative weight and may be merely one of the best animated television series and probably is one of the best series of its kind ever made, I still don’t love it, it doesn’t resonate with me in the same way that these other series have. It’s okay, you can appreciate something for its excellence even if you never love it. There’s a ton of excellent things I don’t love. 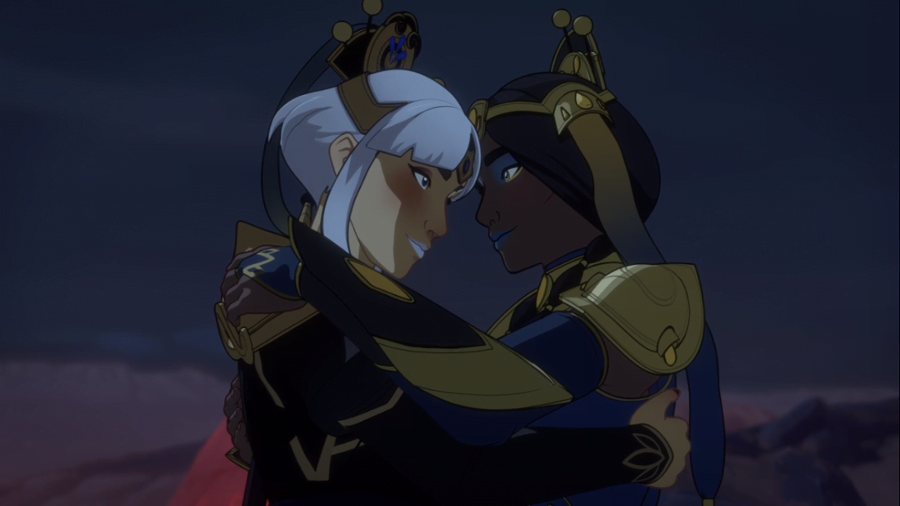 Dragon Prince is, however, a classic European Fantasy story about kings and princes and dragons and elves and knights and swords and yet, that classical framing doesn’t mean we get thrown into a series that’s learned nothing from the series that went before it. And this is going to involve some sort of clever wording or some sort of passive-positive way of phrasing things, where we say things like a diverse cast or inclusive characterisations.

It’s got black people in it!

And it’s got big gay queens, who big gay kiss! 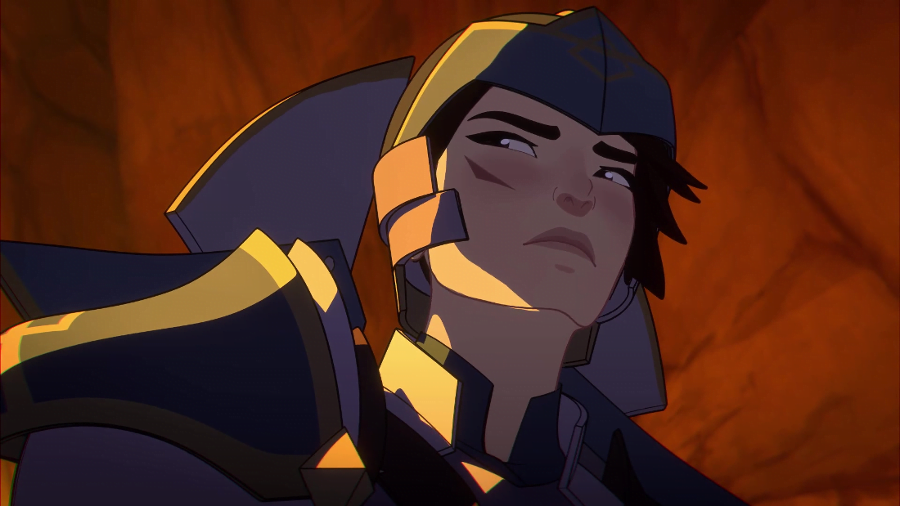 And it’s got people with disabilities! Quite a few, and quite a few different disabilities, which they handle in a variety of different ways! There are some mobility disabilities, there are some perceptual disabilities like blindness and deafness. It’s not even fantasy-universe deafness, where it’s just someone who behaves entirely like another hearing member of the cast until there’s some specific reason for them not to, there’s a prominent character who communicates through sign, has an interpreter, and that interpreter’s presence or absence is treated as important.

There are plenty of people who are mad that this show does not do enough, present enough, or include enough of the things they want to be about, which is a bit like complaining a turtle isn’t a frog; this show isn’t about the big gay queens who kiss, so the fact it shows them big gay kissing as a backstory element can be frustrating for people who in fact, do not want this show about the three adventure kids and just want a show about the big gay queens who big gay kiss. Also it’s not perfect when it comes to talk about food or weight, though that’s mostly through absence. I can’t remember any prominent fat characters, but given the last time this lineage tried for that they made the ever-hateable Hunk.

None of that makes the show inherently good, though, but it is a sign the show is made with a bit more thought and care than just punching out a set of templates from the Tolkein manuscript cutting drawer. The plot then has to do the job of supporting these characters. 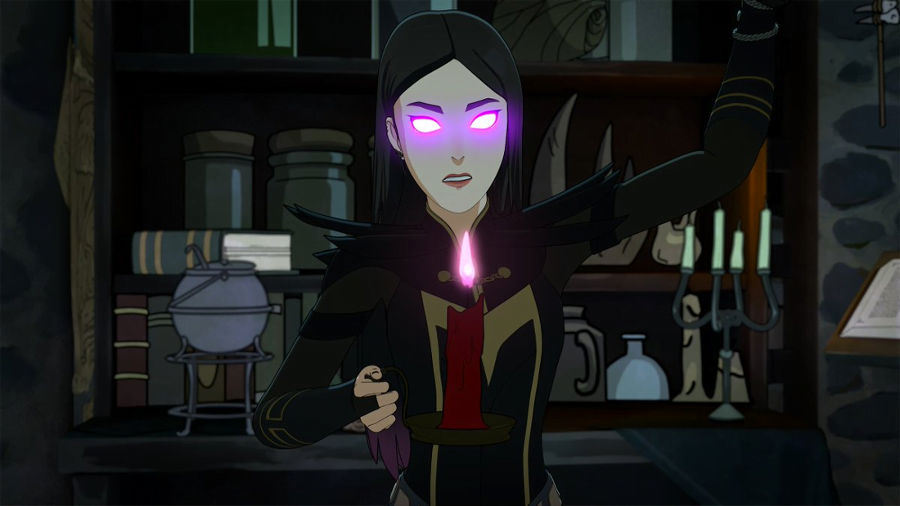 There’s this old line from Nietzsche, “what is done in the name of love is beyond good and evil.” The notion, whether true or not, is a good summary of a particular kind of plot beat, where there’s always a way to see a character’s actions as justified if they’re done in the name of the right kind of love, the most intense of loves. In Dragon Prince, characters love one another – I mean they really do. Sometimes they’re bad at it; sometimes they grow into loving one another; sometimes the love is effortless and innocent, and begs the loved to not abuse it. Sometimes it is intense and tragic, and speaks of a willingness to act against a person for their own best good.

I think that’s part of why I like this series so much. I don’t doubt how much some of these characters love each other, and almost always when a character is put to task about doing something important, it is done in the name of love; wanting to earn the love of a parent figure, wanting to restore a broken love, refusing to give up on someone who is loved. It is a beautiful sentiment to use as the bedrock of your series, and the show just keeps returning to it, over, and over again. There are surrogate families and sacrifices of the self and stubborn refusals to surrender, and even tragic sins, all in the name of that unending message of love.

What this means is that in any given scene, even if it’s focused on a villain who is quite clearly a double satan, I’m really hooked and hoping that things work out okay for them. Two of my favourite characters in this show are very clearly on opposite sides of the eventual conclusion, and I’ve no doubt that things are going to go badly for one of them, if not both. 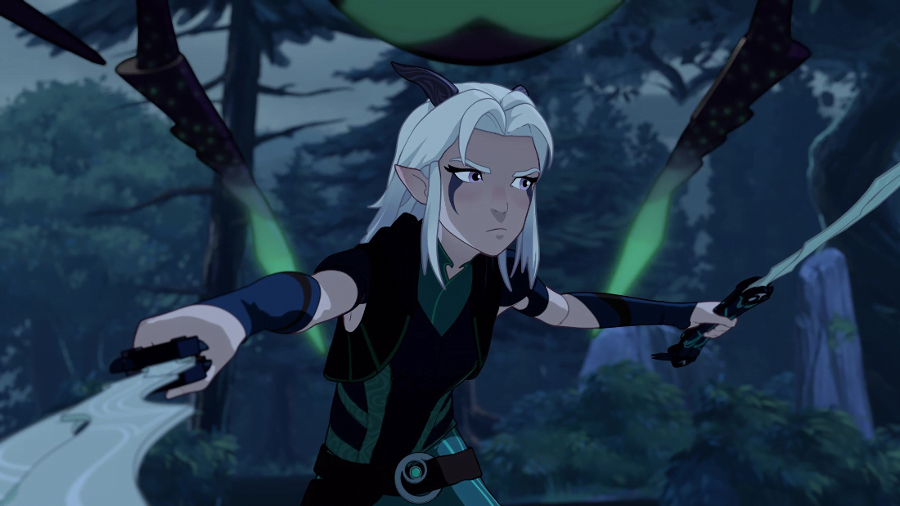 Unlike in Avatar I don’t really care if the conclusion to this plot is nonsense, because what I’m really focused on is the hopes for these moments, the times when the show twists me on its hook and makes me feel tense and excited and hopeful for a character, and just needing to feel okay enough to reach that next, big, singular moment of cathartic mercy. This story isn’t one that needs a great big dramatic ending to put a bow on its ambiguously flailing meanings, because the show keeps reinforcing its theme over and over again – how important we are, how important love is, and how we need to recognise what choices we make and how we treat the people we love, when we are given power.

It’s intense and it’s exciting and it’s interesting and I keep thinking about little things characters say or do that remind me how much I enjoy being in this world and getting to spend time with them.