The Detectorists is a 2014 British sitcom, one of your six-episodes-a-season shows made by Mackenzie Crook, who you’ll recognise as The Office Dullard from the British The Office Series that existed, remember? Anyway, The Detectorists is a well-researched sitcom based in some part of the lovely English countryside with twinkly folk music background following a pair of what you can only call nerds whose hobby is going out into the fields and parks of their area to look for interesting stuff you can find with a metal detector. 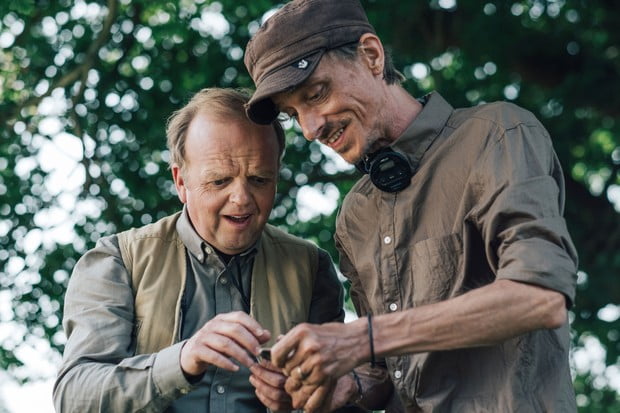 Discovered, it seems reasonably recently thanks to the attention of, I dunno, Netflix or the Internet or The Algorithm or Lockdown or something, people talked about it, said it was better than the Office, and Netflix recommended it. With that in mind, I watched it, and, like,

Yeah I guess it’s better than the Office.

That doesn’t make it good though.

See, there’s this thing that this kind of British comedy likes to do. It wants to make the character sympathetic and understandable and comfortable to hang around, very sincere and sweet, and then it wants to dig a hole for how awful they are. In The Office Brent and Gareth are both awful people desperate to feel like they matter, so the story does what it can to create a kind of sympathy chain with you.

Comedically speaking it’s kind of a flex; after all, comedy roots itself in a feeling of empathy, an ability for you to recognise an experience and understand how it feels, or what you should expect. Being able to slowly grind these characters into more and more embarrassing situations over less and less important things is impressive. And there’s a comedy there, it’s sweet and it’s funny and sincere in the moments where it actually stops beating on the characters.

And that’s the root of this kind of narrative. In The Office, the narrative spun around these awkward, embarrassing, pathetic people you had to tolerate because you were obligated to endure their presence in the name of a paycheque. In The Detectorists it’s about hobbyist metal detectors (detectorists), who do things like collect bottle caps and buttons and coins throughout the ages. These people are interested in their hobby for its own sake, but everyone else they interact with, even the people in their own club, are in fact, not interested in it, and largely embarrassed by it, which means you get this vaunted sincerity that is tied to a feeling of meanspirited condescension. Ostensibly, these characters are having fun pursuing their own interests, but you, the viewer, are meant to gawk at them, and then feel admonished for gawking, but then to gawk anyway, because it’s not like the characters themselves have any interest in or respect for the thing they’re doing.

It’s very emotionally real, it’s very well researched, and I imagine it might see itself as not being a work made to make fun of these people with their petty arguments about the lowest-stake nothing they could be making a story about. But it’s still done with a Big Bang Theory high-level wow-look-at-these-weirdoes, how-do-we-legitimise-this nonsense.

Which means, on the one hand, I don’t like this show for how it treats the hobby. But that’s not all: I also dislike this show because of its characters. 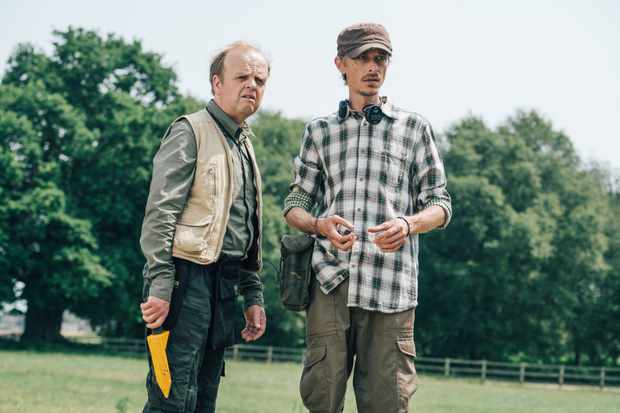 Your central pair are Andy and Lance. Andy is a reasonably gawky nerd who’s interested in metal detecting. Andy seems to have a life in pretty much working order, except as far as confidence in his relationship with his girlfriend, who he genuinely likes and who is pretty reasonable about his life and what she can observe him doing. There’s an entire plot about miscommunications about his interactions with another woman and not being good about talking to his girlfriend about it, but largely, he is just exactly how he seems: An awkward guy with a geeky hobby who rightly feels embarrassed about his hobby.

I say rightly, because he does this hobby with Lance.

Lance is his slightly older (I assume) friend in the same hobby who likes to imagine himself smarter and more important than he actually is, and you get the dynamic of them dealing with one another. Throughout the series, you get to see a lot of the emotional boundaries of their lives – Lance’s singing, for example, is very real and raw and sad, and the vision of him at his workplace, doing a lot of consistent, tedious work, while his mind is wandering to historical information and the quiz shows he finds engaging is pretty reasonable. It sucks to be doing work that doesn’t nourish your soul, and what interests and engages this guy is clearly stuff that relates to his mind, his ability to know things. He wants to be a guy who knows stuff, he wants to be a thinker and an explorer. Lance is almost a character who breathes a life and soul and sadness into this work that makes the whole thing reflective in a serious way.

The thing is, while this is a very personal, very emotionally real thing, you still have to remember that sure, Andy has a bad self esteem, but Lance is a fucking dickhead.

In the last episode of the first season, just as you think maybe it’s coming together, with Andy and Lance finally involving Becky in their experience and listening to her, Lance immediately undoes all the progress of the six episodes with ‘there’s a first, woman reads map.’ And then while he and Andy are detecting over the ruins they were looking for that Becky found and they didn’t, he gives this this little spiel, this denoument of these two dudes as Lance speculates on how girls don’t like comic books or metal detecting or understanding their partners. This is after there’s this major moment, this important revelation that Lance realised that he couldn’t trust his awful ex any more because she didn’t listen to him or understand him.

Lance thinks being understood was a dealbreaker in his relationship, but ultimately doesn’t think women are capable of understanding men’s interests, because they don’t partake in them. THERE ARE THREE WOMEN IN YOUR OWN METAL DETECTOR CLUB, LANCE.

And that’s the thing that undercuts this entire series for me. Because yes, it takes you down into this sympathetic place for these crap people and their boring hobby that they love and that’s enough. But ultimately, ‘I have a hobby in common with this misogynistic shithead, and that’s why I’m not going to call out his misogynistic shitheadery’ is a fucking social plague and we need to start containing its vectors. Tolerating these people, not calling out the ways they’re awful, putting up with them when they don’t apologise and don’t make right what they do wrong, is how we get hobbies full of cat piss men that we should be ashamed of.