The Bletchley Circle is a 2012 miniseries and subsequent pair of spinoff pairs about a group of women who worked in an official capacity for the codebreaking wing of the intelligence service during World War 2, and the subsequent and overwhelming bore their lives turned into once the Crown had a reason to stop treating them like bloody smart experts.

After World War 2 there was this thing called the Official Secrets act, which was ostensibly exactly that; it was legislation that made every person involved in secret work obligated to maintain that secret, and in order to maintain that, anyone who was involved in sharing that secret if it was ever discovered was also liable for punishment. The punishments were pretty severe, which meant there were people who worked in codebreaking whose partners never learned what they did at all, a thing that seems kinda badass until you remember just how much of the labour of the time during the war was being done by marginalised people, and this subsequent official secrets act was an actual and material hindrance on people using that independence they learned during the war to shape their life after it. Kind of hard to show you ran an ammunition factory for two years if you can’t mention the ammunition factory.

Anyway, the women know a thing about each other that only they know, including their intellects and experiences with difficult problems and noticing patterns in human behaviour, and so, they start a book club.

And hunt down serial killers. 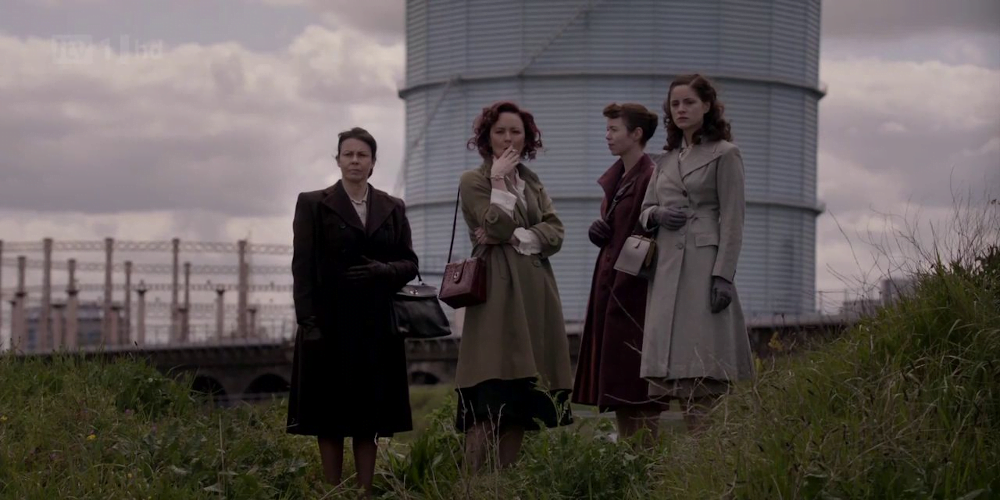 I think that mystery stories are hard. I’ve tried writing them, and, frustration aside, I always found it difficult to deal with the way that any given explanation or solution for your mystery couldn’t help but be other, either more weird or even just less weird, out of context solutions. Why might someone die, suddenly in the locked room? Lots of reasons, but the real question is why the heck are they in the locked room? Just how much work did you have to do to constrain the world so that the murder can transpire in a sensible way, in a way that makes meaningful sense and which can be solved in only one way?

What Bletchley Circle aims for is less a mystery, though. There isn’t really that much of a kind of puzzle-box, how-could-this-happen solution. The mystery stories of my mother’s favourite media doesn’t apply here – oh, there’s a mystery to be solved, but it’s less that there’s this one specific solution to a specific problem, in a twee resolution of But You See, I Am The Smartest, there is instead a thriller narrative that tracks a serial killer across shortly postwar Britain.

It’s a position on the idea of evidence and problems that presents the idea of criminology as less solving a puzzle, less constructing a scenario where there’s an answer and the viewer must divine it, even though it projects itself with the aesthetic of a Poirot period piece. Instead, what you get out of Bletchley is the affect of Agatha Christie, but the intense, constrained tension of a serial killer thriller. And not one of those tedious ones that says ‘oh look the killer, he’s so refined, fuh fuh fuh.’ 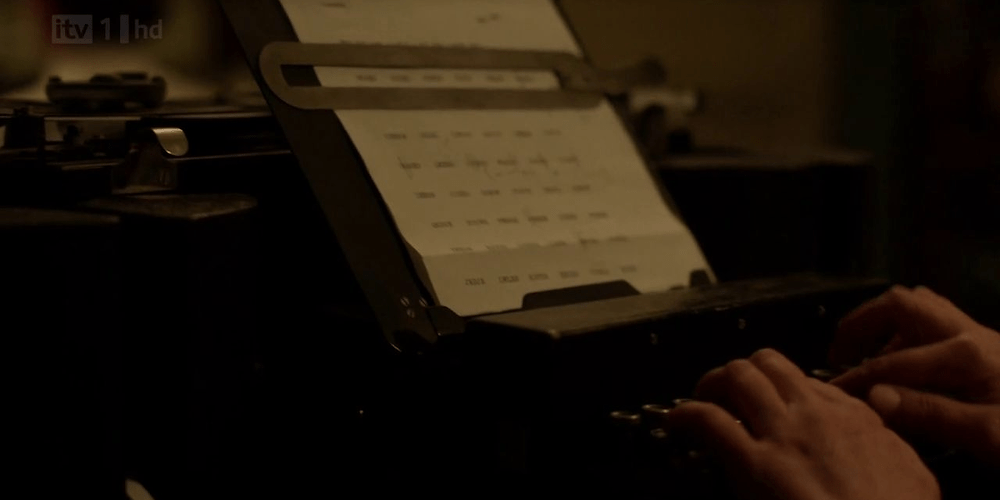 The thing that gives this series its interesting piquant stab is unfortunately, something that makes it also extremely difficult to deal with, because in this series, the sexism is the antagonist. There’s a villain to each arc, sure, but they’re almost more of a goal at the far side of a maze, and that maze is full of traps which are mostly in the form of some pompous dude going ‘well, now, ladies, shouldn’t you all be running along ‘ome?’

Thanks to its historical context, the Bletchley Circle gets to avoid a plague on a lot of the procedural-thriller-mystery kind of tv series, which is the CSI effect. That’s not a reference to the way a story, protracted and bloated and indifferent with its own continuity, eventually makes two characters with no real compelling reason to do so date despite what looks like a twenty year gap in their ages. Instead it’s a reference to the way that the prevalence of dramatised versions of hypothetical forensic science techniques create the impression in the audience that there’s a ‘true’ or ‘perfect’ kind of evidence you can extract from a crime scene, like you’re extracting the past from the air.

In the Bletchley Circle, they deal with mysteries that are much more hindered by the sheer difficulty of finding anything to give them direction moving forwards. It’s untidy and messy, even when you have a memorex and a trio of super smart ladies bashing away at the quandrary of what even is happening here, and there’s no sequence of an intense, super-clever montages to make these characters look as if they’re using mystical science juices to work things out. It’s instead sequences of much more pedestrian but much more difficult things – checking on doors, moving through lists, and looking at the things people bothered to record, rather than a sort of mysticism of us shedding data into the spaces around us. 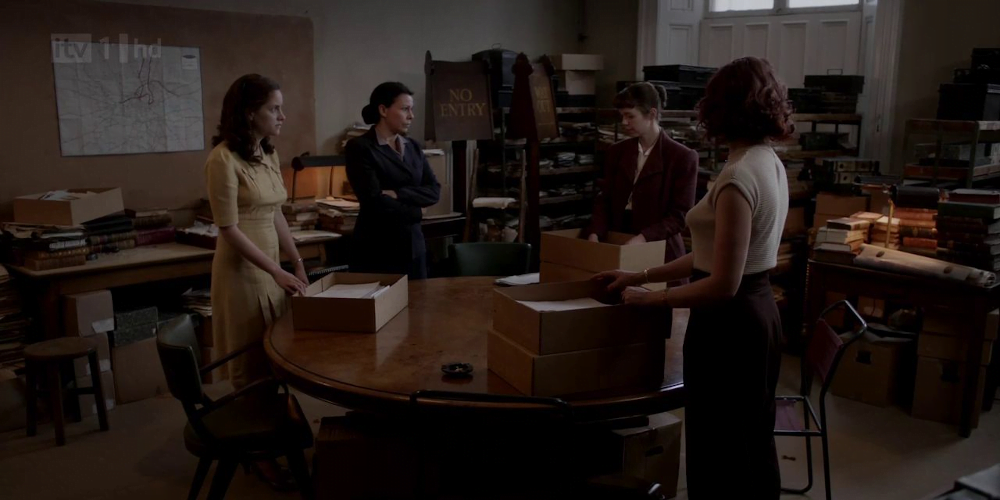 I quite enjoyed The Bletchley Circle. The oppressive weight of the misogyny of the setting, the itching tension of the danger the characters found themselves in, the way injuries and serious harm accrued on the characters over time all felt like they could have become too much, overburdening the narrative with continuity, but it even avoids that by being a mere ten episodes long, done and dusted.

It’s definitely not for everyone. I mean it’s a serial killer drama with a lot of structural sexism as the main villain. But it’s certainly more interesting than watching another bloody Sherlock Holmes wannabe solving the problems of the richest people in the empire.