My first encounter with this movie, which I understand to be based off a series of children’s books which are wildly different in their overall scope and tone than this, was not in its advertising or reviews (which is weird, I watch a lot more movie reviews than I watch movies these days) but instead as a work of fan remix where people took short gifs from this movie, resubtitled them with different dialogue and intercut them with short gifs from another movie to imply a connected continuity between this story and that one as one of the most interesting and time-intensive forms of fanfiction I’d ever seen when you considered the time investment to make versus the time investment to process and this has all been one sentence, dear god.

Rise of the Guardians is definitely a good Decemberween movie if the overall kludginess of it doesn’t bother you – it’s a movie about a bunch of folklore characters banding together to fight the boogeyman, yes, the actual boogeyman, with our focus falling on Jack, the symbol of a thing called ‘winter’ that is apparently defind by ‘snow’ which is in turn something you have ‘fun’ with. Sounds fake to me. Anyway, Jack Frost is the new member, so you have one of those basic dynamics, where a new character gets introduced into an old group and there’s teething problems and a darkest hour and then a triumphant return and all that. 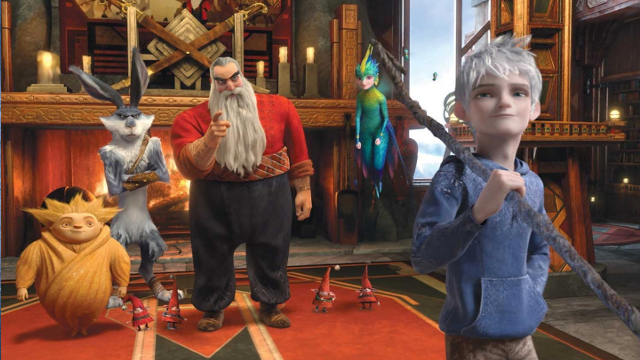 Obviously it’s not above criticism, and there’s something to be said about treating the world of children as alien and magical, or the way that Hugh Jackman’s Australian accent is somehow faker sounding than his real Australian accent (what the hell man), or the way that the story is kinda masc-biased, or that there’s a death in it that then is undone, because, sure, why not. It’s a kid’s movie, it’s a kid’s movie about kids feeling that they have something special in the big complex world in which they live, and it’s about turning things that are hard to understand and complicated into things they can grapple with. Sure. That’s fine. I mean, it is a whole movie experience made out of spun sugar, you’re not going to be getting biting visions of the human condition here.

Honestly, while there’s a lot of things in this movie to criticise

Still, there’s at least two reasons to check this movie out now, especially now in a season of Holiday Feels and wanting something on the TV that’ll occupy the kids without being super annoying or featuring repeated jingles every ten minutes, Steven. I’m not saying this movie is good as unoffensive background fodder to put on the big screen while you’re trying to catch up with a family member about the time they did the thing and pretending to be nice about whatever it is they do for a living.

Thing is, this movie lands squarely in that space of ‘kid targeted media that isn’t tedious or boring for adults to watch along,’ or what I guess we call ‘family media’ these days, but it’s also a pretty solid movie that’s got a bunch of good, evocative, exciting moments that if you’re bobbing along with the movie in its themes and its ideas, the moments that you’re expecting to see are all there and they’re all pretty good.

It’s predictable, sure, but you’re tuning in to watch a range of heroic fantasy folklore ideas led by Santa punch out the Boogeyman, I mean, were you expecting Santa to lose? 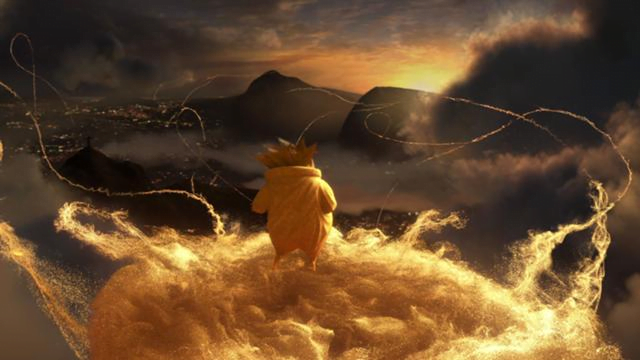 But okay, so it’s competent and enjoyable, that’s point one, but point two. It’s a little thing, but it’s part of those underlying assumptions of the story, part of the way the story is set up and what it chooses to focus on when you’re confronted with one of those incredibly predictable plot moments.

Now, this is a spoiler per se, but again, this isn’t a complicated story so like, don’t get at me for giving it away, especially since the big part of the spoiler is in the opening thirty seconds of the movie. In this movie, the thing is that all these incarnations of magical power are chosen by the Man in the Moon to make the world a good place and protect the ideal of what this movie thinks of as important things in childhood (with a few surprising nods to cultural diversity). But they were people beforehand, and then they were chosen, and it seems that Jack Frost was chosen when he died.

And he doesn’t remember dying. 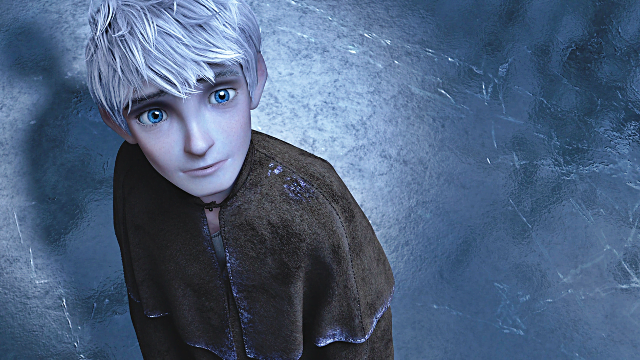 But then, later in the story, there’s a point in the story where Jack learns how he died, and well, that he died. Normally this is a chance for a character to shut down, to angst beyond angst, because confronting death and the fact we can die is one of those things that largely messes with us as actual humans. It’s literally existential.

But when Jack remembers, one of the things that’s interesting is the focus Jack puts on it. He focuses on how glad he is that he saved someone, rather than on that he died.

That’s pretty interesting stuff, and it’s root of a pretty cool, big idea: That we can live and die thinking of how to make things better for other people, and it takes the sting out of knowing that one day the party’s going to end.

Okay, maudlin messaging about death in this story of immortal godbeings aside, there is stil one question about what this movie is doing and what it’s trying to do that I never really get a handle on. When you have specific ideas like the Tooth Mouse and the clearly Finnoscandiarussomixupitall Santa being referenced, there’s an implication that characters are the way they are for a reason. Santa relates to the north pole and the cultures that are near that north pole, represented by a white guy. That makes some measure of sense.

So why is the easter bunny Australian?

It’s not an Australian holiday. Hell, I think it’s pretty British, and probably pretty Catholic at its root. There are at least three other cultures I can think that should want to have the Easter Bunny before we get it.