Last year I learned that Ricky Jay had passed away. Someone retweeted someone else who retweeted someone else and they showed me a short video of Ricky Jay at his craft, and I realised… I know this guy. I know this guy because I’d seen him in movies, seen him on Mythbusters, and seen yes, a few of his tricks in old, VHS videos about how to do magic. I’d seen him on the cover of his book in an old second hand store, and read as much of it as I could, knowing that cards were powerful, in a strange, surreal way.

Then someone helpfully linked to Ricky Jay and his 52 Assistants show, a VHS production available on Youtube, and otherwise relatively hard to get. This is a video recording of a show he performed off-Broadway back in the 1990s, where he basically got up in front of a room and was ridiculously good with cards for almost two hours. Like, it’s all held together by his patter and his narrative, but it isn’t like the show’s about something that Ricky doesn’t just outright state.

It’s an amazing show, and it’s available to watch, in full, on Youtube, at the moment, and maybe it will still be tomorrow, but I’ve no idea. It seems to exist in a space of extremely narrow interest, of people very invested in seeing it but not enough of a market to either warrant a new release, nor a Youtube presence to take the show down.

Which is a shame, and I hope you can watch this show and if not as a fan of magic, as an interested party in watching as a man manipulates the viewer’s attention. 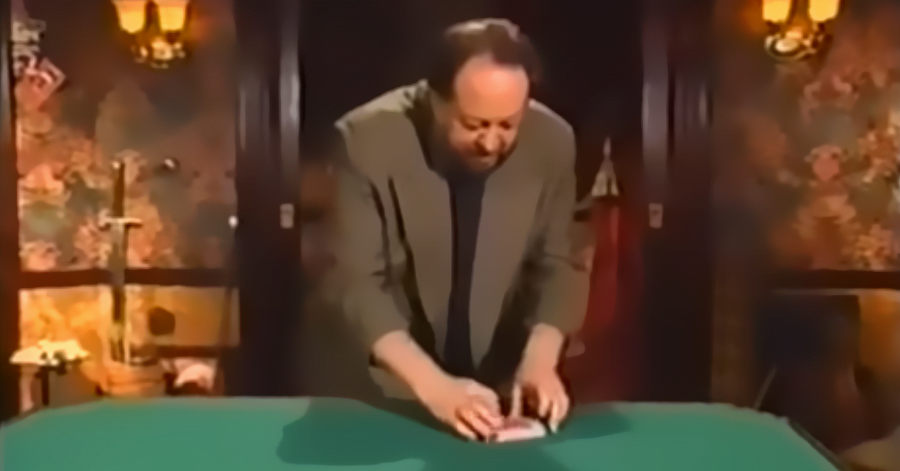 Ricky Jay was born in 1946, and he started pattering while the 1950s were fresh, so there’s a certain old-style, women-as-the-inscrutable misogyny to the patter, which is a shame.  It’s not to say ‘it was another time, what he says is okay,’ as much as it is to brace you; this is a man who will talk about the power of a woman’s gaze, or glibly suggest he’s flirting with the Queens in his deck, and while none of it is particularly vile it’s a reminder of the mindset for this art form. It’s a shame, because the work feels so timeless to me otherwise; There are people who he calls to the stage who don’t know the rules of Gin Rummy or Poker, and there are other people who don’t know what to do in their position in the middle of the trick, as some kind of fantastic observer, either, supposedly involved in the trick while seeming more powerless than even the audience.

After all, the audience doesn’t risk doing anything wrong.

It’s very easy to do what Ricky Jay is asking you to do – he wants you to follow the patter, listen to the story, and use that story to contextualise what he’s doing. It’s part of the trick, or it might be the main trick of the whole event. He mixes together things that are definitely true and things with removed falsehoods; not telling you that a wizard communed with spirits, but that the wizard said he communicated with spirits.

It’s fascinating to watch the plausibility, the layers of denial dancing around. 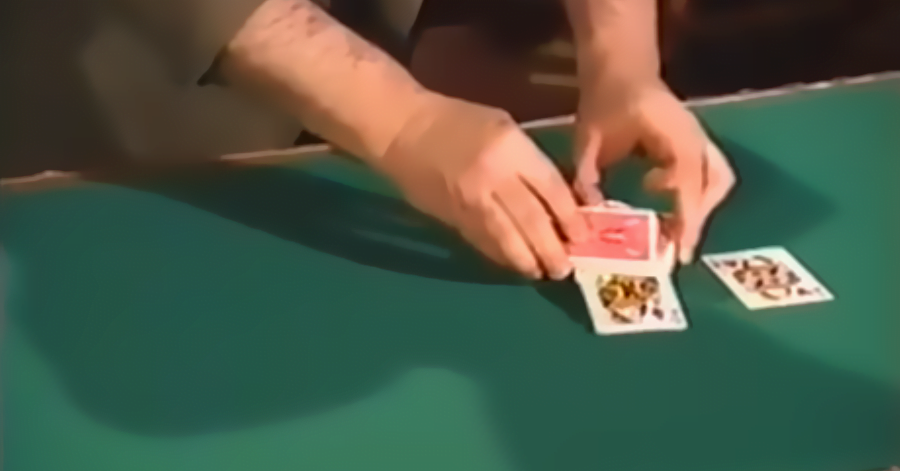 I have a favourite bit in this presentation, perhaps of course. It’s not the crescendo, the cups and balls, the nuts, the blocks, the classic set of magicians tricks. You see the tricks with multiple different methods and then you learn that the methods that are shown are also tricks, tricks for other magicians to fall for as you lead them towards what they might do, but not what you did. No, that set is amazing and fun, but it’s not my favourite bit.

My favourite bit is instead much earlier, when Ricky Jay is talking about different kinds of deals. He talks about second dealing (dealing the second card from the top of the deck). He talks about bottom dealing (dealing the bottom card of the deck). Then, he takes the audience on a little story about centre dealing. And it’s a story, a story about Dai Vernon, Charlie Miller, and Alan Kennedy, and about the location, about the time, the year, the process of learning about it, and it’s a good story. It’s even better as a story beause Dai Vernon told the same story, and that makes it seem more true.

Then he demonstrates… a centre deal.

Or he demonstrates a thing that looks like a centre deal.

Or rather he demonstrates a thing that behaves like you’re pretty sure a centre deal would be.

It’s full of what we call anchoring details. These make lies easier to believe – true stories tend to be filled with specific information that you an test and verify. There’s a drop of some terminology that may be accurate (I don’t know), and he sets up the trick by showing you lesser versions of the same trick with tricks that I, at least know how to do.

And then we’re left with this question: Did he do a centre deal? Did what he do look enough like a centre deal that it doesn’t matter? Was it just exceptional card control, where a deck he practiced with enough became an extension of his will, something that he could ‘really’ do? Or was it even defter? And how do we know, what can we really tell through the video? Was a moment of chair adjusting really chair adjusting? Was it setting up this trick? Was it setting up another, later trick?!

And in the end, all I’m left with is the knowledge Ricky Jay could do something that fooled me into thinking he was centre dealing. Would it fool everyone? No, probably not. It’s a hotly debated question on magic forums; and the followup question is is it any different, if it seems to be the impossible thing than if it is the thing at all?

My only certainty, really, is that Ricky Jay was so exceptional at card handling, I don’t find it hard to believe that he could just do it. That the trick was not a trick, for him, for someone who could do that good a job of manipulating the cards in his hand. 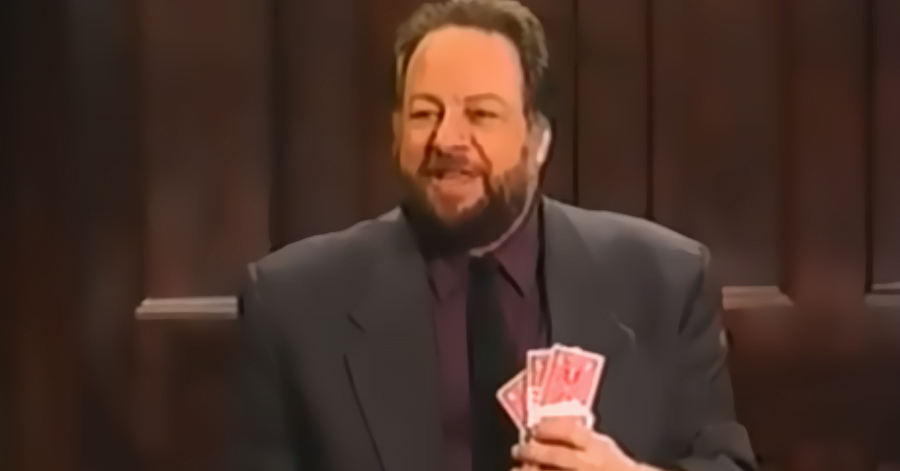 There’s no DVD release I know of, no high def streaming source, a real tragedy when you consider how much this show relates to a person actually doing things with their hand. High def special effects from the 90s look bad, but if a man is actually manipulating objects with his hands exceptionally well, seeing it in high def isn’t likely to hurt it. The camera work of this show does a lot to show his hands and body uninterrupted while he executes tricks, which is both very good for feeling like you’re paying attention, I can’t rightly say that the camera is showing you what you ‘should’ be looking at if you want to catch him.

Magic is hard to document because as a natural part of its immune system, the art form amplifies obscurity. There are puzzles upon puzzles upon puzzles, and often part of the practice is making sure people know a thing is done, and then convincing them that it was done one way, then leaving just enough doubt that they’re left unable to finish the maze, stuck in a dead end. If it was a lapping, how did he stand up? If it was a palm, why were his sleeves up? How could that prop be pre-prepared?

You may never learn how to wield cards as well as Ricky Jay did in this show, and you almost certainly won’t know what is or is not possible from watching him.

But in his patter, in the story he tells, in the way he draws you along…

You can learn a lot from this magician.