I want to forward to you that Princess Mononoke is this year’s perfect Christmas movie. 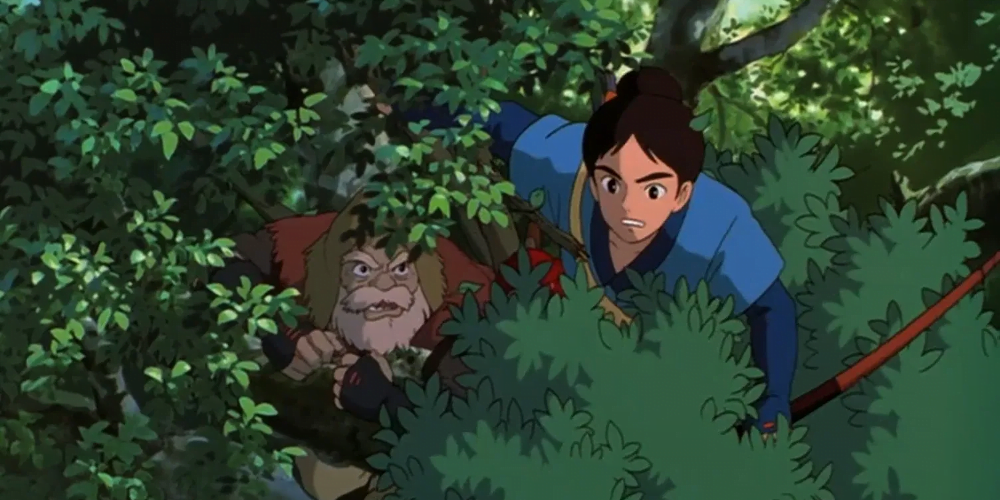 Princess Mononoke, or as it’s known in my house, Mononoke Hime, because, uh, Fox prefers it and I think I just picked it up, is a 1997 animated movie by Studio Ghibli, directed and written by Hayao Miyazaki, Anime’s grumpy and unhelpful grandpa. The movie follows the story of about five different people each of whom could very reasonably claim to be ‘the main character’ of any less complicated story, but largely is told through the introduction of and relationship between a young prince named Ashitaka and a lost girl raised by wolf spirits named San, and since the movie ends with them and they’re there for most of the most important stuff we’ll say they’re the major characters of the piece.

The story is on the one hand complex enough that just explaining what happens in it will generally leave out all sorts of interesting details. If you’re not familiar with Ghibli’s storytelling style, it is a story where almost everyone gets a clearly explained motivation for their actions and that means that almost all characters are behaving in a believable fashion that also means that almost all the tension comes from people as generally good-faith actors with conflicting ideologies and reasons to resort to violence based on a life and a world that has taught them to behave in that way.

It is a very reasonable tragedy.

It also has giant monster boars and wolves, tentacle arms, just the sickest badassery where folk get like, their heads shot off with arrows and someone shoots a god in the face and there’s kaiju stuff and the music is beautiful and the aesthetics are wonderful and there’s this constant and nearly absolute emphasis on the idea that advancing civilisation is not worth extinction.

It is also, I believe, a perfect movie to watch this Christmas. 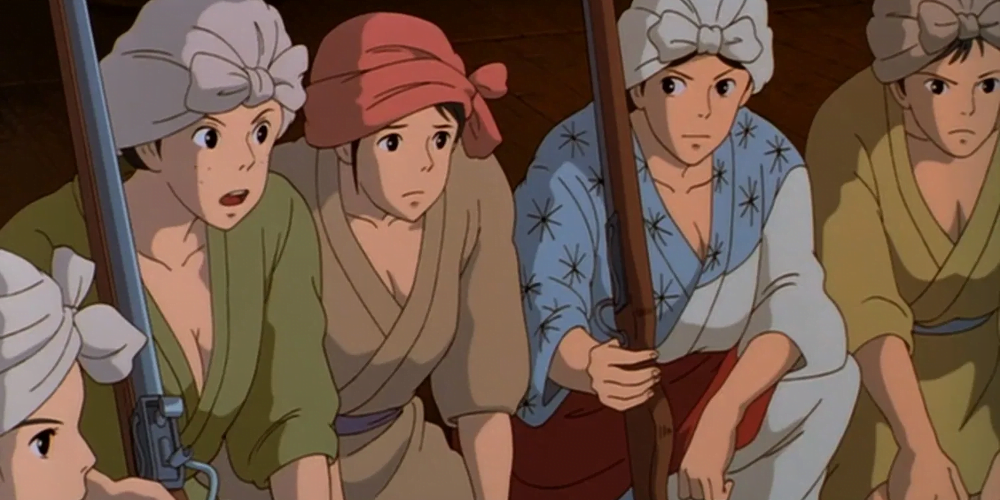 Let me be clear. This movie is not a perfect Christmas movie because it has anything particularly remarkable in it about Christmasness. It is not, in any way, trying to be about Christmas, this isn’t me trying to do some tiresome Die Hard narrative wiggling. There is, as far as I can tell, nothing in Mononoke Hime that exists in a world where Christmas even exists.

Nor am I trying to argue that there is something fundamental, something foundational to Mononoke Hime that connects it to Christmas ‘values.’ It’s not a movie about how maybe your life sucks but you’re connected to the value of the people around you, or you being jilted by a girl once isn’t a good reason to treat everyone like dogbutts the rest of your life or about how murdering someone gives you their job forever.

It isn’t even about replicating history. There’s this graph I’m fond of from xkcd, by Randall Monroe, which describes ‘Christmas tradition’ as meaning ‘anything that happened to a Baby Boomer twice.’ For me, 1997 wasn’t really my childhood per se, and I didn’t watch Mononoke Hime in that year, I don’t think. And hell, if I was going to do that, I’d be bringing up The Transformers movie, like I often do. The place Mononoke Hime occupies isn’t some fundamental part of my childhood, even though it is twenty three years old at this point, and there’s a generation of younger people who may learn to love it but never would watch it.

The movie is beautiful, of course; it’s Studio Ghibli, it’s traditional animation, and it’s traditional animation at the tail end of it, before computer graphics kicked in and took over the way ‘cartoons’ were going to look. It’s not necessarily one of your every frame a painting style movies, because, what, I don’t know how to check that, I’m not a filmography person, I’m not expert in that.

It is full of beautiful, vivid imagery. Specific moments, specific scenes, things where the movement on the screen is simple and subtle and yet conveys an immense mood, whether it’s women pumping bellows, or lepers loading guns or kodama rattling their heads or the slow, sad breathing of a dying boar god. The story is poignant and sad and wonderful and meaningful to me on a variety of levels like being an outcast prince who was nursing being a monster. 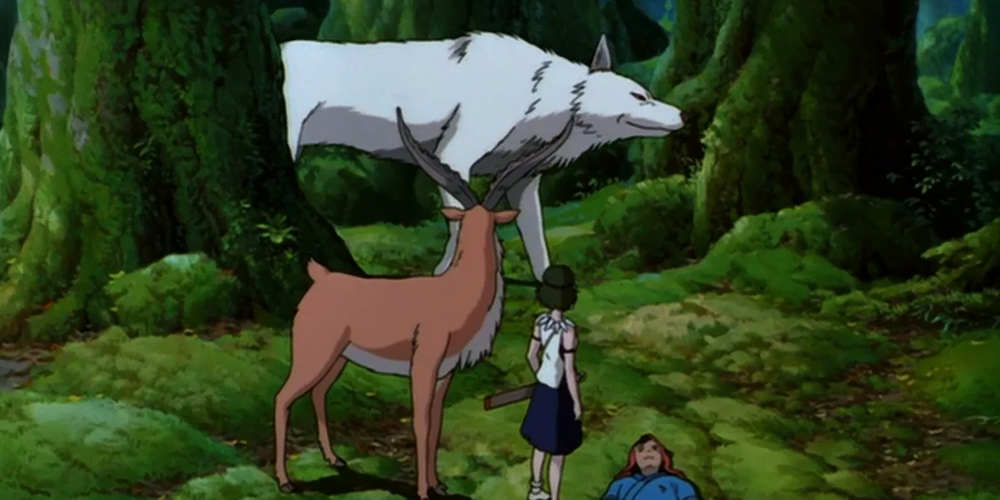 When I normally talk about Christmas movies, you might notice I tend to talk about movies in that way of being something you can have in the background and it doesn’t matter if you miss bits. Movies that are a bit dumb, or classic enough that you can do other things while you’re waiting for the ‘good bits.’

That isn’t this year. And it’s not all the movies you watch at Christmas.

Christmas this year is going to be an isolated, quiet experience, comparatively. You may be on calls with people, you may be jumping in and out of things, but you probably are going to have time, on your own, or with the people in your house, when it is time to sit down and do something that doesn’t require doing. Just something you can enjoy and experience.

Sure, Princess Mononoke is a movie with some severe, emotional stuff. I wouldn’t show it to little kids, though also, I watched some pretty severe stuff in Christmas movies. It’s a Wonderful Life and Muppet Christmas Carol have some scary stuff in them. Scrooged has an armed hostage situation. The violence and severity are definitely out there, but I don’t think it’s out of question if the younger kids are asleep, or watching A Ladybug Christmas elsewhere.

I think about the way Christmas evening feels.

There’s a year turning. Often, I am feeling nauseated and worried and afraid, and I’ve had a fight. This isn’t normal, per se, but it’s me. And of a Christmas evening, I think what I want, what I want to at least try this year is to sit down and watch a story with beautiful, contemplative moments; action and drama and tension but also relief and care and joy, and a message of don’t kill the thing you live on, idiot.