“And that means you’re going to prioritise the queer articles you mean to write, but they’re kinda hard or need research, or you feel that the nature of the work means it’s best to put them all together, so while you’re doing a lot of related research, it can all kinda reference together, and you don’t wind up switching gears from a mindset of, say, magic tricks and knife crime to trying to talk thoughtfully about gender and our relationship to our bodies, resulting in some horrifying wording problem?”

“Story Pile then, what are we going to do? Watch some Netflix queer movies that show up when you mash the LGBTQ button? Bust out some old classic texts? Revisit Dragon Prince and go in on the Claudia issue?”

“Why are you trying to spin the anticipation here, you are me,”

“You know what, forget it. Point is, I’m going to start by talking about the first anime I remembered watching because there was a hot boy in it.” 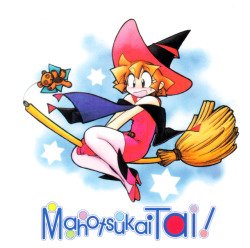 Mahou Tsukai Tai as I know it, or Magic User’s Club as it has been translated into English, is a 1996 anime OAV that then became a TV series and then a series of light novels and two different manga series that don’t have anything to do with one another. It’s kind of a ‘franchise’ but none of it’s so big you’d necessarily think of it the way you normally would think of a franchise these days.

Back in the 90s, this was not an abnormal thing. Japan had these stalls in stores where you could buy reasonably cheaply, VHS tapes with 2-3 episodes of an anime on them that was sort of like a self-contained, almost-movie, but also a marketing exercise. If these OAVs sold well, the series would get picked up and then it’d get a full TV show, which would be built to a different style.

OAVs are kind of weird, when you look back on them, because of course this isn’t the only way they were used. Some established franchises would put out OAVs, which were almost like a ‘straight to DVD Movie’ but for 2-3 self-contained episodes of your show. Some OAVs were put out that never got developed at all and some that did introduced a plot hook or cliffhanger in the OAV (so you’d be eager to see more), that they never pay off in the subsequent videos or series. Tenchi Muyo got lots of OAVs, like they were just shotgunning ideas out there into the aether to see which ones landed, and then the manga and TV series of those OAVs had nothing to do with either, beyond working out which girls the fanbase thought were hot.

This can give a sort of weird, mangled vision of the story of these series because they basically have two canons that overlap in some ways, sometimes giving impressions or suggestions about what characters are like – really – but not actually stating it in any case. It can mean that you might have partaken of a lot of an anime and its manga, but never be really sure, after some time, about what definitely happened in one, or the other. There’s a sort of cloud created by this overlapping media form, where the common story beats and character style from series to series just sort of jab against one another.

Mahou Tsukai Tai therefore is a kind of confused mess in my mind that I’m nonetheless dredging up from the depths of my memory to talk about now, and which I guess I’d summarise thusly. Sae, a clumsy blob of generalised good intentions and incompetence, joins her school’s magic user club, composed of a The Hot Girl, a More Competent Friend, a Useless Love Interest, and Aburatsubo, who we’ll get to later. They are resolved to study and learn how to use magic, so they can drive off the aliens that invaded Earth and completely conquered it without ever killing anyone, and now keep humanity in a seemingly benevolent surveillance state.

You might think I’m being glib for effect, but no, that is really the series. 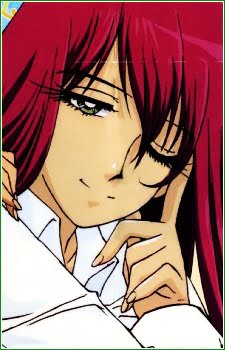 The premise honestly is kinda killer, really; at some point, years ago, an alien thingy called The Bell arrived on earth, and just… didn’t leave. Any attempt to attack it was met with immediate, overwhelming, and perfect defense. The alien couldn’t be driven off, attempts to harm it were neutralised, and anyone who attacked it had their weapons taken away, even as they were teleported away to safety. Without any means to meaningfully engage with it, people just got used to the alien probes drifting around looking at things. The alien probes even obey traffic laws, a weird detail that stands out from one of the early episodes, seeing alien probes waiting at a crosswalk.

But yeah, aliens invade, don’t kill anyone, we figure ‘eh, we’ll get used to it’ then we just get use to the ensuing surveillance state. That’s kind of great. It’s a shame the forces that arrange against this are mostly drawing from the most generic, boring bucket of formless, meaningless comedy mush. The characters are very much drawn from your marketing character design; cute witch girls, one of whom is ‘cute’ but not too cute, pretty, but not too pretty, nonthreateningly incompetent, and also, crucial to the story. There’s a lot of ‘believing in yourself’ and not a lot of ‘studying and thinking,’ which is a bit of a bummer. Also, Takeo, the guy that Sae has a crush on is just the fucking worst.

You remember Rumiko Takahashi? She was really important back then, and one of the things she was responsible for was the immensely popular Urusei Yatsuara, a series whose main character was a panty-sniffing, tit-groping, worthless pervert, who basically existed so the girls in his life could kick the shit out of him. It wasn’t a good trope at the source, but it got worse when people copied it. Takeo wants to run a magic club, but also, is constantly distracted by his own interest in boobs and his own hypersensitive masculinity. In a club that can be broken down into A, B, C, D and E, A and E have crushes on him, and he wants to be Daddy to A, while ogling A, B, and C’s bodies constantly. This is used to show the girls in compromising and contrived situations, and his ‘eye’ is used to look at the girls in this way.

And one of the wildest things about him is that in this very club, there is Aburatsubo. 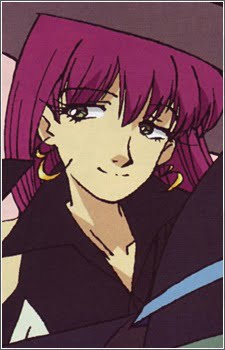 Aburatsubo is just, really, in hindsight, a generic ace bishounen. He’s notable in that he’s gay or bi – there are some hints he may eventually return Nanaka’s affection to him, but it’s hinted at, because this is a series with a lot of ambiguity. But he’s a witch boy, he rides a broom, he has long magenta hair, and

This series isn’t good. I kind of hate and resent so many of the characters in it, because they’re boring or awful, and now I’m older and have seen more anime, I resent them for being really generic. 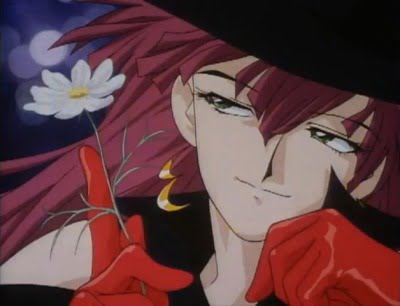 But Aburatsubo is still an early spur in my mind of how, no matter how I cut it… I knew I was watching this series, in part, because the boy was hot. I didn’t find any of the girls hot, not really – there was no fanservice of them that I found appealing. Even though I was the right target age for it not to be weird (and god, that’s a moving target), these characters did not appeal to my aesthetic senses at all. The term moeblob hadn’t been coined yet and it wasn’t that they were that kind of generic form, where the characters just slot into generic archetypes so easily, that even twenty years on, you can probably just guess what they’re like looking at the poster.

Still, I watched it all, even to its deeply unsatisfying non-event of an ending and its ‘maybe he’s straight’ swerve with Aburatsubo.