If you don’t remember this movie, I don’t blame you. The marketing for it sort of oriented itself around the selling point that Megan Fox is hot, and She makes out with Amanda Seyfried in this movie. The trailer even seemed to dedicate quite a bit of time to showing off that sequence, which had about it the waft of a movie that was trying very hard to make its 15 racy seconds feel like 30. A transgressive, raunchy, highschool-aimed horror movie, Jennifer’s Body showed up just long enough to make everyone I know roll their eyes and go ugh about it as they went on to talk about how horribly exploitive it probably was. 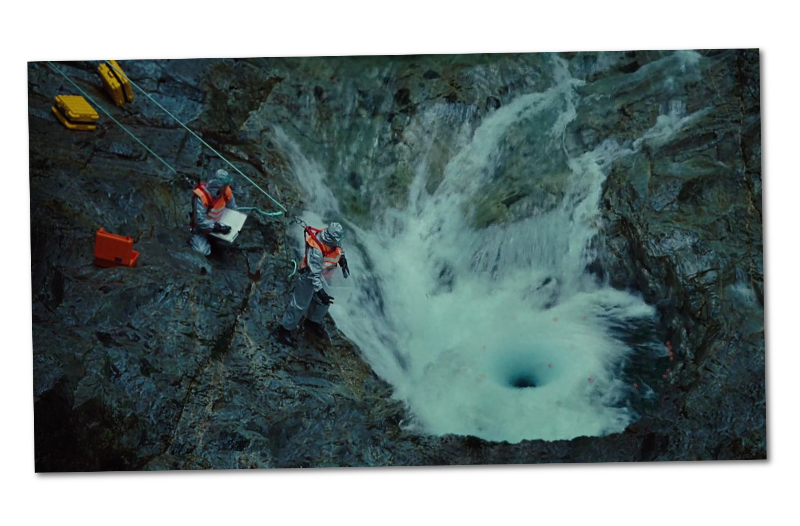 If you’ve not seen the movie Jennifer’s Body you’re not really missing much. It’s a script by Diablo Cody, a woman who’s kind of a catchphrase for too-hipster-than-thou style scriptwriting that borrows from Juno and is often invoked in Scott Pilgrim Saves The World, even if that’s not really remotely an accurate comparison. Also maybe those comparisons are just about not liking Michael Cera, which I guess, in all honesty, I don’t at this point. The script is full of teenagers talking in a Very Specific Early 00s Teenager Way, as they do their High School Stuff, culminating in a major plot point at A Prom.

I’m going to spare you any super-juicy spoilers, inasmuch as they could matter, but because you might not have gleaned it from the title, the advertising and the fact this is our first October Spooky Movie (pft), here’s the recap of the thing the movie is about: Amanda Seyfried plays a girl named Needy, who is best friends with a girl named Jennifer. Something bad happens to Jennifer, probably (?) killing her, and she comes back as a monster. Or a vampire. Or maybe something else possesses her body. If you’ve seen the poster you probably can already guess what this movie is like, and it’s majorly built around the general hotness of Megan Fox in a very particular High School Bitch Aesthetic.

Point is, you’re going into this movie aware that it’s about Jennifer, her body, and it’s probably going to show you the edge of some tits and a lot of murder. Okay. Okay? Now onto the specifics. 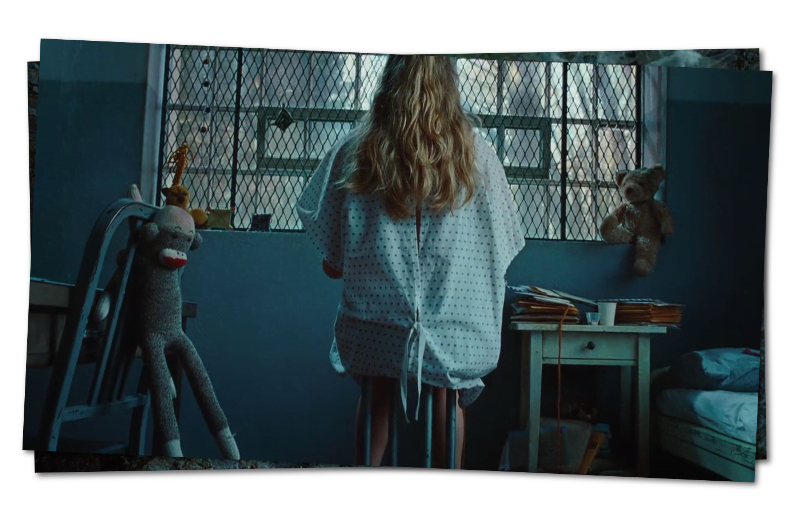 When I say this movie is stitched together, it only holds if you play the movie through to the end from the start, like some sort of peasant would. If you look at the movie from the perspective of being outside the movie, it’s a little more complicated, and frankly silly, than that. The movie Jennifer’s Body is made up of three different movies, nested inside one another, and it’s reasonably coherent as long as you’re staying within the framework of one of those segments – it’s only at the seams between them that you notice something’s really weird.

The outermost layer, the way the movie begins and ends, is as a tragic superheroic origin story. No really. Needy is presented in the beginning of the movie as she is at the end, alive, and threatening thanks to what she’s been through. It’s not a twist to tell you, based on the opening seconds of the movie, that Needy lives through this movie, so you can deflate that tension entirely from the get-go. What’s more you also know Needy comes out of this messed up, so the question then becomes ‘how did she get messed up’ and you don’t really need to be working hard to come up with how the premise of the movie ends up with Needy in a mental health institution.

Then there’s the middle story, which is about a flesh-eating cannibal monster that looks like a hot girl, and the nerdy girl who has to find a way to stop her. 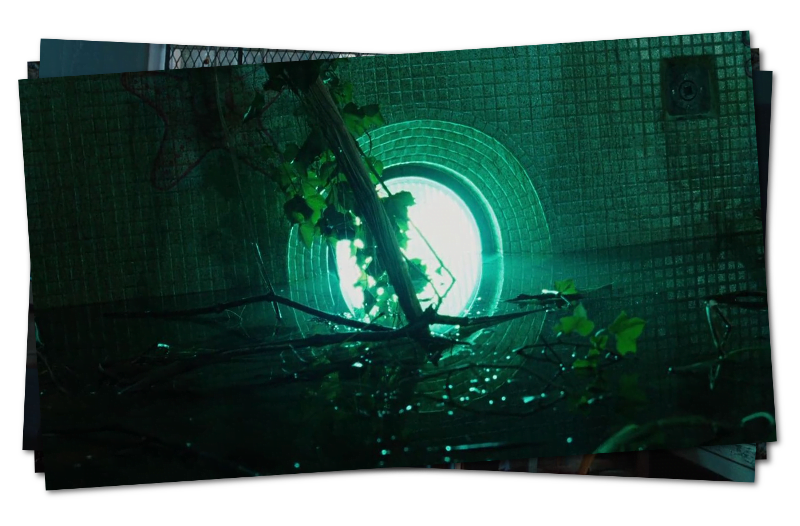 These three movies necessarily have different values. For one, you can’t make a movie about how Jennifer was always so awful she deserved what happened to her, and her death was acceptable and an act of righteous vengeance from the tormented nerd, and that Jennifer was a hapless victim of evil instigators who needed to be hunted down and slain by the forces of good. You can’t really make a story about how two girls who have been friends for years have to grapple with the question of whether or not someone is a good friend or not when one of those ways you express the nature of this friend is her willingness to eat people.

There’s this sort of confused problem the story does in the early stages, and it plays into the confused mess of how horror movies handle women (haha) and their sexuality (whoa-hohh). It is literally a baseline trope of the virgin and whore where in a horror movie, a woman who gets her boobs out – even a partially – dies, usually while vulnerable from all that great great pre-marital unprotected sex-having, but the virtuous and noble girl-who-doesn’t-bone-down lives to see another day, or at least, gets threatened with death the last. In Jennifer’s Body, Jennifer is sacrificed (bad) by an evil cult (worse) who are shown to be heartless (worster!) and doing it to attain the lofty success of Maroon Five (oh my god, fuck these people), but, but but but, part of what puts Jennifer in this situation in the first place is she wanted to bang a hot dude from a band, then she told a lie about being a virgin, and then when they double check, she doubles down on her lie.

These are not morally comparable scenarios.

Like, there is nothing in the narrative of what happens to Jennifer that is in any way an acceptable punishment for what she did, which is want dick then lie in order to get it. That’s a thing people are allowed to do, and it’s shitty, but I’m pretty comfortable saying the death penalty isn’t an appropriate response to ‘she lied about her hoo-hah.’ Which means all of that middle section of the movie, which is meant to be about Jennifer, with power, doing terrible things showing who she really is is all framed in contrast to the whole being murdered for being a lying slut so a band can become Maroon 5 kind of thing. 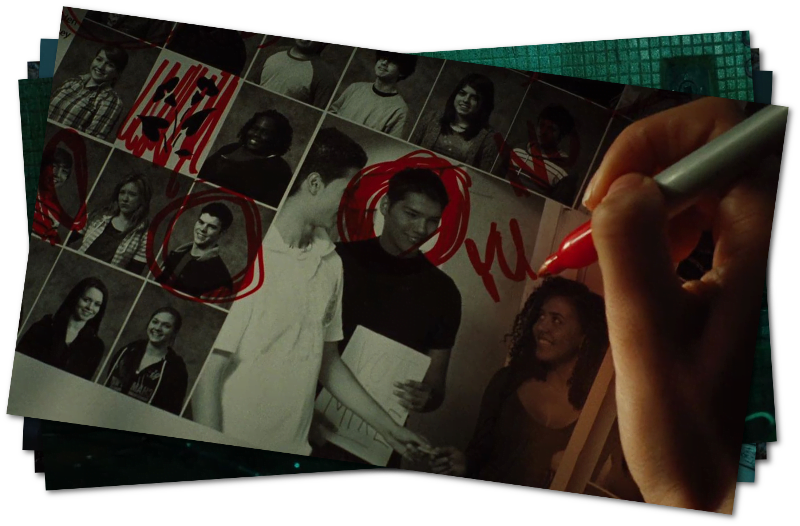 This movie is a time capsule of the 00s. It’s from that period in history where it was just appropriate enough to talk about gayness and bisexuality, definitely acceptable to imply it but still not certain whether or not it should imply that those are acceptable things. People suggest Needy is gay for Jennifer, but it’s done as a criticism of her, and she reacts like it is a meanspirited insult (because it is). Jennifer implies she’s bisexual but it’s as a joke while talking about people she’ll eat.

It’s not like there isn’t a queer reading of the movie to be done, I mean queerness and horror are two genres that go hand in hand to a painful degree at this point, to my personal chagrin. It’s just that this movie is blatantly and obviously aware of queerness, as in actual queerness existing rather than the heard-from-a-friend-who-heard-from-a-friend queerness of earlier schlock films.

There is one weird little detail too. There’s a scene in this movie where a group of people are sad, and the only person who expresses any positive, unmocked, non-dangerous kindness or warmth about it is a guy, who shows care for another guy. Just a thing I noticed. It’s like this whole movie is so spun around the axis of uncertainly trying to do what it’s doing, it doesn’t realise that in the context of this movie, every heterosexual engagement is a deadly failure and same-sex affection is unconsciously shown as being of greater importance. Straight sex is traumatising and messed up, but the girl-on-girl makeout is –

OH, remember how I said it was trying to stretch 15 seconds out to thirty?

The makeout scene in this movie feels like it’s a minute long. It’s shot at multiple angles. It goes in stages. There are moments of shown uncertainty, of curiosity, of exchanges of position of power, and it’s –

I feel bad about how many times I rewatched this scene to make sure I wasn’t imagining the care that went into making this scene.

Anyway, point is the trailer was restrained about that. 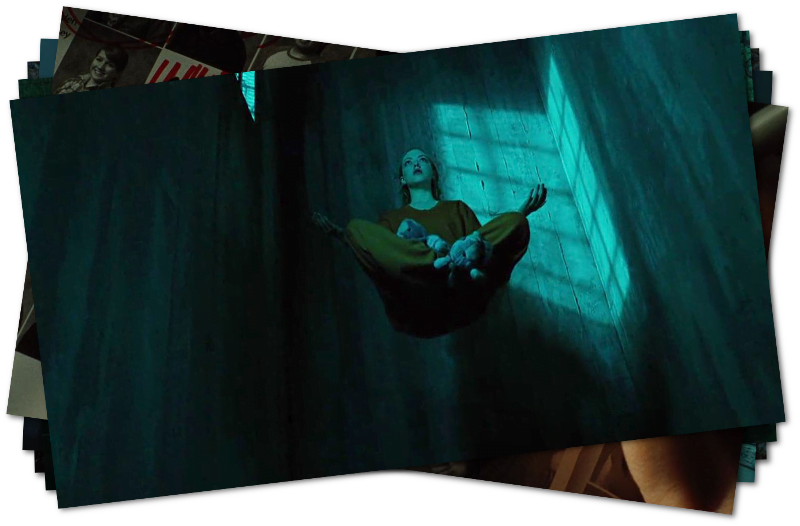 This movie ends up in some weird places, and they’re weird mostly because it feels like it’s a sequence of bits, rather than a single cohesive whole. Normally that’s just a sign a movie is garbage, but going back and rewatching segments – like the deliberate juxtapositioning of the horrors of hetero sex, or the montage showing the passage of time and trauma in the community, or the strangely understated excellence of JK Simmons and Lance Henrikson (!?) in their guest spots, it’s like this movie is made up of polished, completely unrelated jewels of scenes, and each scene is trying to imply to you the movie it was from.

It’s aware enough of the weird, bad tropes to introduce them, and even twist them, and yet not biting or cynical enough to criticise them. It’s smart enough to be aware of and reference queerness, but it’s not brave enough to embrace it. The movie sure as hell hates some of its characters, hates Jennifer’s worst interpretation, but it doesn’t seem to know if that’s who she really is.