Let’s get the bookkeeping out of the way. Here’s your spoiler warning, I discuss a character and their backstory and if you somehow wanted to go into Iron Fist for the surprise, then you want to skip out now. Mild content warning for mentioning traumagenic mental health issues.

Iron Fist has been cancelled, but I don’t really believe that. I think it’s much more likely that these shows have been shut down for a point of soft continuity with Netflix and Disney’s upcoming streaming service. There might not be any more of this Iron Fist but there almost certainly could be more if Disney decide it’s worth their return on investment.

The question that keeps coming up is why do this?

One might wonder why I feel the need, after consideration, to turn to the second Iron Fist season and engage with it critically. After all, the series has been cancelled; there will be no more of it. It’s gone, I’ve won. Right? That’s what critics do, they engage with media purely as part of a way of exerting their power on the object. Stop, stop, I won, it’s already dead! And what if someone out there really liked it? By criticising a thing they liked, am I not hurting them, am I not reflecting upon them and maybe making them feel bad, because my opinions and theirs disagree?

And here, I want to offer you comfort. Even if it was somehow meanspirited to kick this series while it was down, it is a multi-milion dollar project and everyone involved is doing fine. If you, personally, feel attacked by my talking about this series being bad, please, don’t read this article and go elsewhere. Live your life. 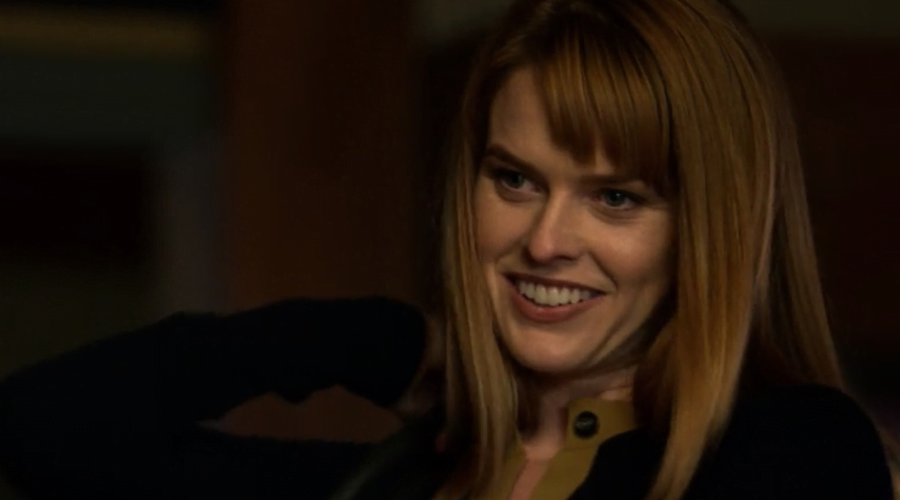 Okay, let me clarify that. In the structure of how this series wants to show us the Marvel Cinematic Universe and therefore how it wants to represent this particular vision of superheroes, within those confines where they don’t wear colourful outfits or have interesting powers or a sense of self or a desire to impact the world around them as symbols or icons, within that framework where everything is almost Nolan-levels of material, realistic, self-consciously not superheroic superheroics, Mary Walker is pretty good.

For those not familiar, the character in comics she’s based on is called Typhoid Mary, a mutant with a grab bag of powers that almost aren’t important. Like, she’s one of those characters where ‘what can she do’ isn’t really well handled because she’s really just a larger-than-life representation of a poorly-misunderstood type of mental condition. What Typhoid Mary has going on is that she’s plural, or to put it otherwise ‘has split personalities.’ There are three characters in Typhoid Mary – Mary, Typhoid Mary, and the elusive Bloody Mary, with a synthesis character who can manage the keep the others together called Mary Walker. Mary started out as a Daredevil villain (thanks, MCEU), and I read her the most in Deadpool comics. 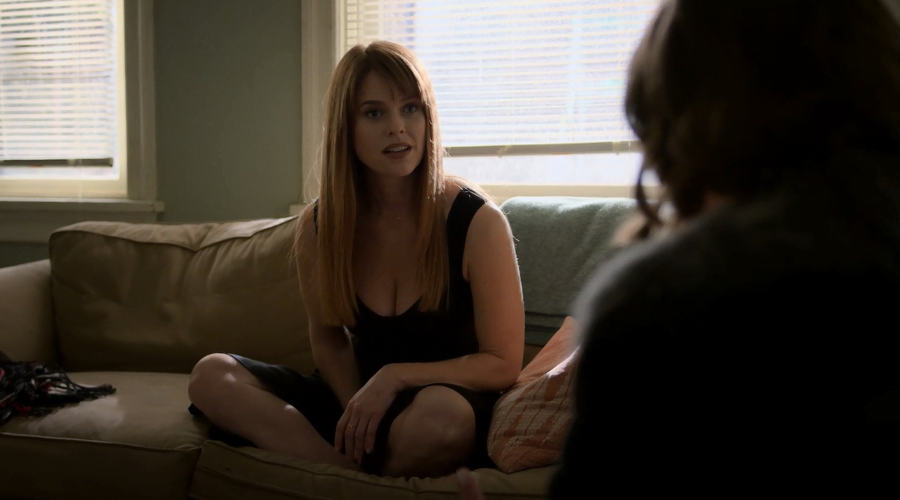 The idea behind Typhoid Mary was that despite being the same person, her heart rate, mannerisms, voice and way she held herself was different enough that even Daredevil’s super-senses parsed them as different people, which I think is extremely cool as a way to hide their twist and a nice way to represent that a person isn’t just a single biological extension of their meat. Good work, there.

Now, in the comics, Typhoid Mary is a brightly coloured super-mercenary, she’s a badass and she is extremely unwell and she’s a villain, don’t get me wrong, but she’s the kind of person who paints half her face white and wears white girl dreadlocks and Warhammer 40k shoulderpads. Right? And she was in a messed up relationship with Deadpool and also T-Ray, and, like, look, comics are bad and weird and they’re worser and weirder when it comes to women and relationships.

The point is, when confronted with this web of stuff from Typhoid Mary, Iron Fist season 2 decided to make some choices, and one of them was what to keep and what to ditch. 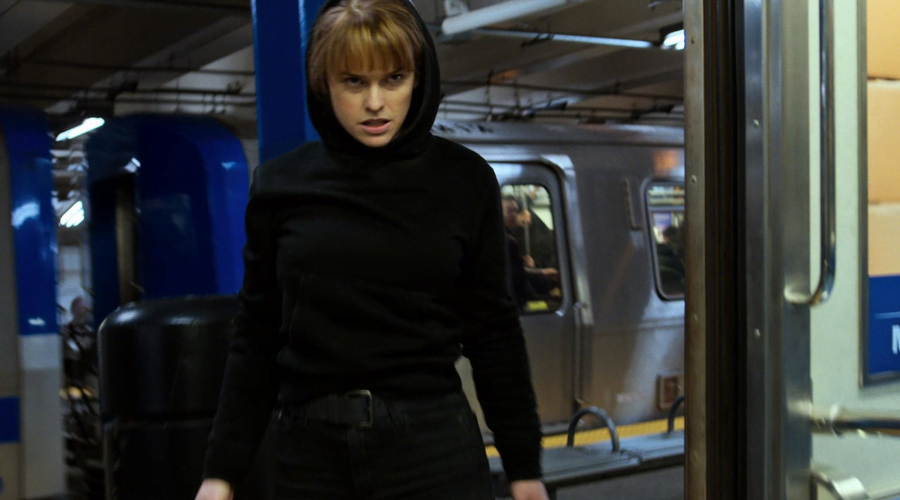 In Iron Fist, the way they handle this character is much more low-key. Mary has two personae we meet in the series – Mary, who is an artist, and Walker, an assassin. There’s a history in the military, in Sokovia, during a time of dreadful war.

What I like about how they handle Walker is the way they talk about what the character does or is doing. Walker and Mary communicate with one another mostly by post-it notes like a pair of passive-aggressive shiftworking roommates.

I could do without the way the story leads into the plurality – it’s shown at first as threatening and spooky, which is really silly when you remember that Mary has been living with Walker for years, and so she shouldn’t be surprised or shocked to see notes around her apartment.

The story does an excellent job, though, of hiding a piece of information about Mary Walker and her identities. It plays into a late-series plot suggestion that never pays off. You can know about it, and it won’t impact the plot of the series at all, because it’s being set up for another, later series which now probably won’t get made.

Now here’s the thing. I’m going to get really spoilery for this last bit, so if you find yourself intrigued enough to check out Iron Fist Season 2 (don’t, it sucks), this is where you should jump out, because I’m going to talk about god. 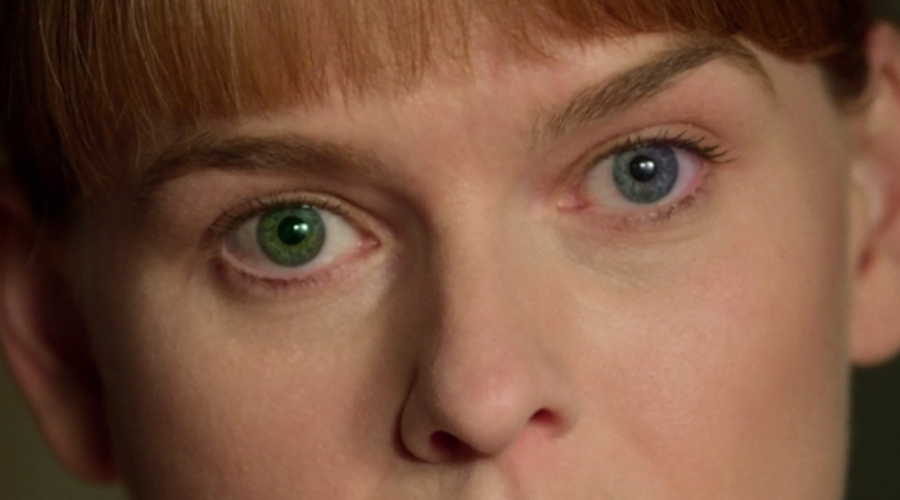 It’s a powerful, comforting idea. It’s one of the things I miss the most. The idea that there’s someone, something you can turn to and hypothetically, even when all is lost, it’ll take care of things. So much of my life has been about trying to be that person, at least emotionally for the people around me. It’s a horrible feeling, to look behind you and see the abyss and know you haven’t got much ground left to give.

In Iron Fist Season 2, there’s a plot point that Mary and Walker don’t talk much. They use post-it notes, but they don’t directly communicate within their shared head, and they don’t use video conversations often. And eventually, Mary finally breaks, and talks to her phone and leaves a message for Walker. In this message we get some insights into their shared history, and how despite the extremely traumatic experience of being a war prisoner in Sokovia isn’t what brought Walker out. Walker was already there, and so was Mary.

A third personality, someone neither of them knows, is who got them out. 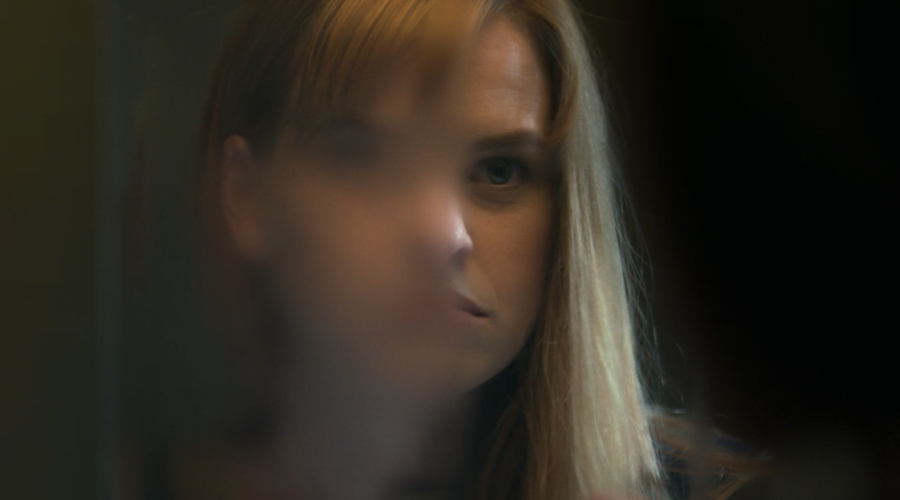 Having the discipline to include the character of Bloody Mary not as an actual agent in the story, but to use her to show that Walker and Mary don’t have a whole vision of their own history, that’s some good work there. It also gave the show reason for Walker, the more practical and utilitarian of the two (three!) to go and talk to a therapist. That also gives us a chance to show that in universe this is taken seriously. That Walker and Mary may have been helping each other out as far back as high school, and even though they’re both kinda ragged messes now, they are people who have reason to respect one another. That running away from your alters may not be wise.

And I love that Bloody Mary is their own personal ghost story.

Bloody Mary is Mary Walker’s god. She’s the backstop. She’s the worse comes to worst, oh no situation solution. She’s the thing that got them out of a box and then didn’t need to do anything more. She’s spooky, she’s whispered, she’s terrifying.

I would really have liked for these three characters to be part of a much better series.