I’ve mentioned that I grew up in a media bubble. This space was one where I couldn’t really buy new albums, and my exposure to pop music was little snippets of music from – I kid you not – television ads for compilation albums of ‘the hottest songs of the’ etcetera. When I started engaging with pop music, it wasn’t the pop music aimed at me, it was the pop music that’d been aimed at my dad, because in our secret cupboard, we had hidden away, vinyl records of satanic, dangerous, wild music, like The Eagles and The Moody Blues.

Dad also owned every Jimmy Buffett album, in some form or another, from High Cumberland Jubilee through to Coconut Telegraph, mostly on old vinyl, and once, he tasked me to record all his vinyl onto tape so he could listen to it in the car. I took to this task, and while I was at it, I made recordings for myself, to listen to in my room. They anchored to my soul, singable music that I listened to over and over again, and became my bedrock for learning such ridiculous ideas as fictional narrative in music.

I’ll restate that: Jimmy Buffett is the place I realised that stories in songs can be fake.

These albums represent some of the most chronically uncool thing in my life, a punchline that thanks to My Brother, My Brother and Me punched through into being kinda cool again, but not cool cool, cool to tease someone about cool, and yet through it all I have no idea why.

Anyway, I love these albums. I did do an experiment last year, of talking about Hello Rockview, by Less Than Jake, because it seems whatever my musical DNA connects to has to be the thing that everyone wants to make fun of. I don’t think of myself as a music reviewer, and I certainly don’t think of myself as having any skills in the field of discussing music as music. I can tell you how it feels to me or of the moments in my life these songs reminds me, but I’m not going to be doing a Sideways or Todd in the Shadows treatment. All I can really do is point at a thing I like and tell you what it makes me think about.

On the other hand, this is my blog, so guess I’ll do that, then. 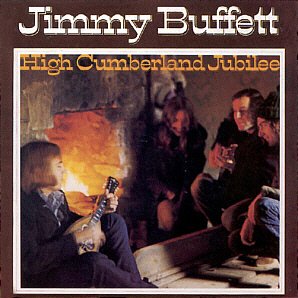 High Cumblerand Jubilee is one of the early Jimmy Buffett albums, released in 1971 or 1976, depending on how you track dates. It’s the album I think of as the ‘least’ Jimmy Buffett – when I realised what I was listening to when I found the album, I didn’t realise this had anything to do with the guy I knew who had that sandy, beachy sound from his later albums. This album came out when Jimmy was 25, and was rereleased when he turned 30, and I can’t think that being rereleased in 1976 helped it, given what the songs want to be about.

This album has a jangly, 60s sit-down fireside folk-rocksy kind of music feel, and I feel like the first half of the album has the better songs on it. It leads with Ace, a song about a homeless man met for a moment. Ace is illiterate and sleeps rough, and gets by just fine, and he’s not painted as an object of pity. He gets by. I was so sheltered that when I first listened to the story of Ace, I thought Ace was meant to be Jesus. After all, who could be homeless until they were old? That didn’t make any sense.

Then there’s Bend A Little and Rockefeller Square, songs that seem to be about the singer grappling with some measure of what I guess we’d now call privilege – the question of how genuine rebellion can be if it’s still something you can do as just a fad. There’s also a tail end of sort of bum-around-the-house songs, songs about breakups and songs about hangin’ out and it’s definitely the kind of music that makes me think of other bands from say, ten years earlier.

It also has Death Valley Lives, which stands out to me as my absolute favourite song on the album, partly because of the lilting heat-haze way the narration shifts from very knowing to extremely confused, and the worldbuilding of a story that seems to speak to a singer who is both a small town kid from Mobile and prodigiously high. It has turns of phrase that I just love, like she lays out the pattern with the parts of her body that seem tame, a phrase that seems to burst with censor bars to my poor little mind and even now affects me with a very different vision of what ‘tame’ means. It mentions the city where the dudes and the dykes look the same, a turn of phrase that now sounds like Femboy City from where I sit and honestly sounds really cool and not at all as alienating as it may have originally meant to sound.

That’s the stuff that really stuck with me, but also, I realised something kinda hilarious in hindsight. See, none of these songs sounded right on my relisten. Back when I was a kid, to save space on my casette tapes, I recorded these songs after pressing a button on the record player that made the song faster. My memory of some of these songs – not all, crucially, but songs like Rockefeller Square and Bend a Little – was permanently lodged at about an extra 25% speed.

And boy that’s a different kind of experience!

One neat thing about this format is that like with Cul De Sac and My Dragon Girlfriend, I can just put a link to the album here and:

You can listen to this at your leisure. I liked this album, but the best songs on it get reivsited later.

Now, if you liked this, please tell me you liked it, and encourage me to do more of it. I’ve been so tenative about the value of this kind of write-up that this was first drafted in January 2018, and I feared doing it would maybe break some kind of seal and result in Jimmy Buffett passing away for maximum irony points.