The existence of this movie is in a lot of ways a pre-built punchline. I mean, Goosebumps is one of those book series that people in their adult life seem to go back to to complain about them being dumb or basic or whatever, and this movie, which is aimed as being Big Spookums for the I’m Old Enough For M Movies scene of twelve year olds, is a Jack Black movie. Jack Black has made a lot of movies that are bad, he has made a lot of songs that are bad, he has almost made a varnished kind of badness his business, and he even specialises in representing himself as someone you really hope leaves soon.

Some mild spoilers for the movie as follows. 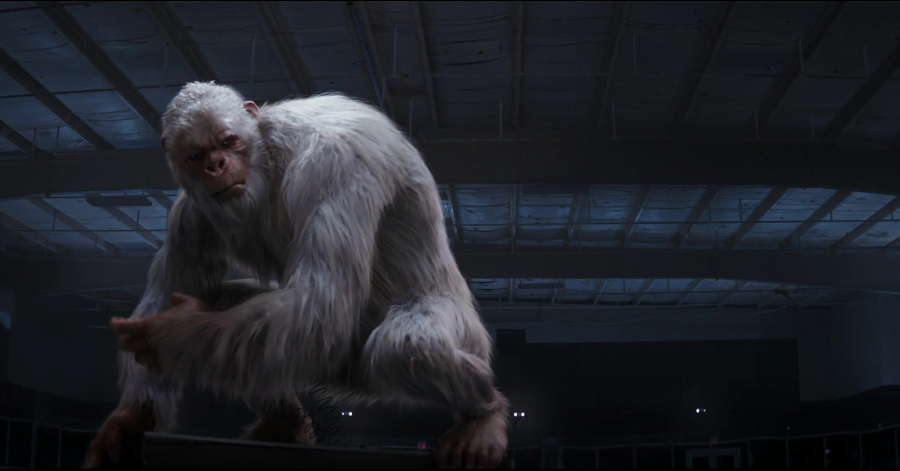 Goosebumps is a movie that reads like a Goosebumps book, in that there’s a tense build-up, a fake-out, then a reveal that works on the level of ‘a twist.’ It’s formulaic, and I don’t say that to condemn the works. It’s easy to forget but these books are made for people who don’t have a lot of experience with media and culture, and they’re not made to challenge as much as they are made to excite.

There’s a way to break the plot down into one long breathless sentence, split up into a variety of different chunks of narrative that interrupt with twist! and then talk about the ways the story surprises you. You might not be seriously surprised – I mean, I went in to this story pretty fresh – but the story is absolutely trying to surprise you, it’s trying to do something unexpected.

Without giving you the full plot rundown, then, I guess the best way to describe this movie is that it’s a Goosebumps story about Goosebumps. It is about being a person who would collect and own a giant pile of Goosebumps books, and then it asks what would that kind of thing do in a Goosebumps story. It’s great! It’s some Combo-Man level nonsense, where the work exists within the work, and I like it as a sort of self-referential lens.

What it uses this lens for is a bunch of schoolkids-versus-monsters stuff, where you can’t just turn to the cops (who are useless) nor can you expect to fight the monster toe-to-toe because you’re a kid. There’s a big setpiece moment, there are some chases, there are even monsters wrecking a bunch of stuff and a sort of ‘greatest hits’ of Goosebumps cover monsters, and you hit pretty much all your beats. There’s nothing in the story that doesn’t really make sense within the story’s rules, and it plays fair with you as an audience.

And really, isn’t that enough when you’re talking about a horror movie targeting your nostalgia for being twelve years old? 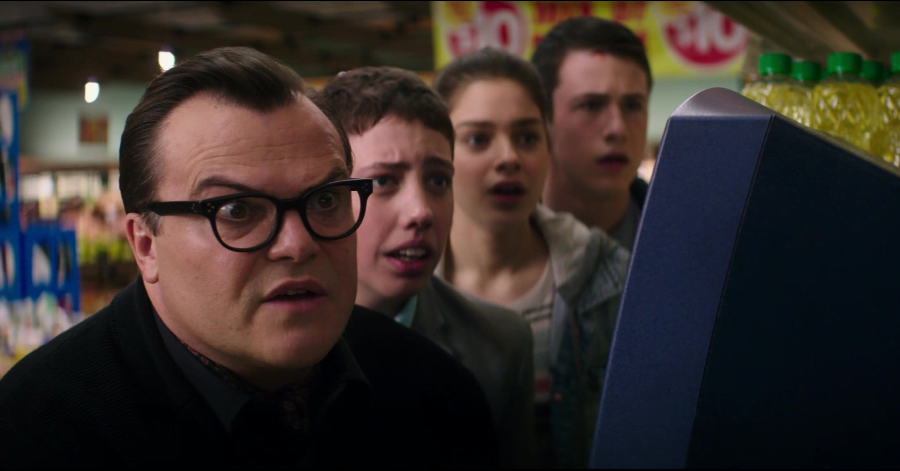 The movie has one big glaring flaw, by the way, and it’s almost tired to note this in a horror movie that’s aimed at kids, but to nobody’s great surprise, this movie has a problem with women. It’s a spoiler, like I warned you about, but the main impetus for our dork hero to get involved and meet RL Stine is first his interest in Stine’s daughter Hannah. Then, Hannah and our dork hero grow together and it’s revealed – shock! – that she’s just another story, a fiction that Stine created, and that means that their solution, getting rid of the monsters is going to get rid of her too.

This actually has some potential to be super cool – I mean, monster girls are great, and I like monster girls, and I am a fan of all my friends. Do not think I am down on the fact this girl turns out to be a cool spooky monster girl. The problem is what the story does after this point, and what it does with this.

See, once we, the audience know about this, the characters keep it a secret from Hannah, and that secret is then part of the rising stakes. Our Dork Hero has to grapple with the fact he has to say goodbye to Hannah as the story goes on, and when it falls to him to commit the final act, to push the button that saves the day, there is a tension there when he has to say goodbye to Hannah.

Hannah never talks about it.

I mean, Hannah talks about it in that she knows she’s doomed, at the last minute. She has, throughout the story, been operating on the knowledge that she, too, is going to get vaporised when the monsters are destroyed, and she’d doing it anyway. That narrative – of a monster who is willing to expunge herself to save the world! – is really compelling and engaging, and it gives Hannah an agency and principle that the movie doesn’t seem to realise that, and instead focuses on Dork Hero fighting to save his town. It means that Hannah is a point of tension in his story rather than the lead in her own story.

Don’t worry about it, though, Hannah gets to come back, because we’re talking about magic books here. It’s still a rubbish decision to do that, though. It also makes the way that Champ behaves a bit less of a particular character’s failings and more that maybe this is a movie made by a bunch of boys that didn’t think much of how women think.

Which is a bummer! 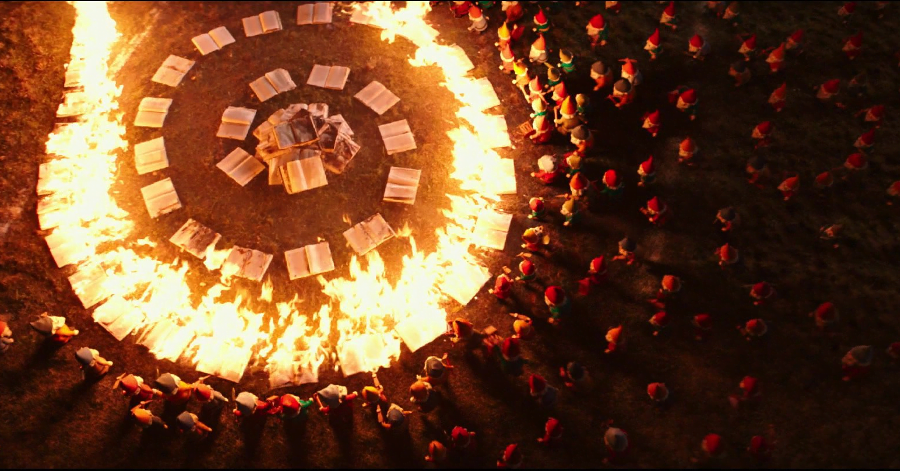 It’s not to say that Goosebumps is a really good movie, as much as it’s so much better than it has any right to be. This isn’t a Goosebumps movie made in 2015 to cynically cash in on a twenty-year-old book franchise, a shallow evocation of a retro property. It is the time for the 1980s and 1990s to be turned into repeated punch-clock cash grabs, and that’s what this was clearly made to be… and at that task it somehow, quietly fails.

Jem and the Holograms, Transformers, Beauty and the gosh-dang Beast, there’s a list of things that were Big When We Were Kids that have been thrown back onto the movie screen as a regurgitated property, often in some stunningly empty ways to make money, pre-emptively responding to the obligatory youtube critique of themselves. There’s so little of the original premise, so little heart, so little recognition of why those things were good, the characterisation of what the people who resonate with them loved. And then trundling along beside them, grinning goofily as it shows you haunted lawn gnomes, is Goosebumps.

If you want to watch a not-very-threatening, low-stakes, giggles-and-shocks horror movie this Halloween, give Goosebumps a shot. It is much funnier, and much more fun than it had any right to be.