Sure, we’re bumping at the edges of the month, but trust me: There’s no Jimmy Buffett album that’s got anything fun to say on Pride Month. And this is going to be the last of our Boats to Build articles – at least unless I really regret it and extend my examination one extra album, for later.

The albums of Jimmy’s I listened to were the albums my dad’s music collection; the records he owned, on vinyl, and when we moved and I grew up, they were just there. In the church environment, dad couldn’t readily add music to his collection – certainly not vinyl, with his new fangled, impressive CD player that lived in the corner of the living room like a big black box of impressive technical doom.

I try not to think too much about it. Dad didn’t buy more Jimmy Buffet albums after this one – and this album landed smack between my sister’s birth, and mine. It might be that dad felt there was a massive dip between this album and the next… or maybe, being a father of two and looking for work that could support that while trying to contribute to church meant that these were the first costs that got cut.

In a way this selection of albums that all predate my birth but were endlessly replayed as I grew up are part of the foundation of who I am, a reminder that no matter how millenial I am, I’m grappling with being a product of cultures of lies that give me conflicting, meaningless insights into who they think people can be. It’s up to me to pull these pieces together – or discarding them! – and seeing what I can find. 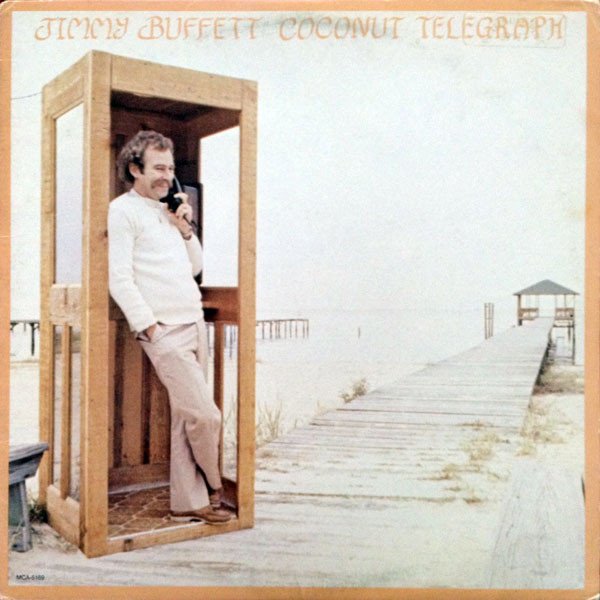 This album features an old Jazz song from the thirties – Stars Fell On Alabama. It sure is a 1930s Jazz tune, being performed by a man whose normal musical ouvre is a little more tequila-and-weed than big band jazz. It sucks is what I’m saying.

Don White has said that when a performer has kids it impacts all their work, and there’s an example of that here: Little Miss Magic is a song Jimmy wrote about his daughter. You know, it’s one of those cutest little nose and miracle of life kind of songs, but I’ll say this one sets apart from that generic genre by describing a kid with an actual personality. It’s not about ‘a child’ it’s about his daughter, and about the ways she’s communicated who she is to him. I can appreciate Little Miss Magic. It’s sweet.

I’m not always that into the slower tracks on Jimmy albums, I know – I used to despise Biloxi as it felt like five minutes of nothing happening on the album – but here, Island and Incommunicado both sit as contemplative, slower, mournful songs. Incommunicado is full of references that meant nothing to me as a kid, until I finally put my finger on the fact that it was about missing people, and trying to work out the life you’re supposed to have, while contemplating death. It’s an interesting name too – the idea of not beinga ble to talk about it while you’re still working it out. Almost Newfoundlander – whattya at?

The midships songs on this are all pretty solid; the title track, and The Weather Is Here, Wish You Were Beautiful are kind of fun island-life beach songs with a lot of fun loud energy that seemed really debauched to me as a kid but I didn’t realise at the time that one of the women in the opening is just shouting for her per diem. They are, in essence, how a place whose primary export is drunk tourists, gets rowdy and gossips a lot. Both fun songs, buth fun sounding. Growing Older But Not Up is a phrase my dad’s been using his entire life I’ve known him, and it’s something to be said for trying to hold on to your sense of fun.

Now imagine if that sense of fun gets hammered out of you by life.

Still, I’ve danced around it. This album has It’s My Job.

It’s My Job is a song that Fox heard and loved. I always liked it – it had some great lines in it, but hearing Fox sing along with it is what really set it apart in my mind. It’s a song about how people engage with different kinds of labour, and how it’s remarkably easy to keep doing the things you want to be doing if you want to be doing them, so even when they’re hard, you just do your job. It’s a song that thrums in my mind when I think about how many people want to dismiss the work of custodial staff or street sweepers or garbage people. Lots of those people are happy with their jobs, they’re just unhappy with how they’re treated doing it. The labour demands respect. And as long as they can feel nourished doing it, they’ll do it.

It’s their job, after all.