It’s always about the art of controlling attention.

This movie is based on real events. It’s honestly not that far from its depiction of them – a few details were shifted in a way that feels like it makes the narrative more conventional, more easily grasped, and also, a bit less boring.

Breach is about the true story of Robert Hanssen, an FBI Agent who spied for the Soviet Union and then Russia, from 1979 to 2001. The narrative jumps in, right near the end of his career, from the perspective of an assistant named Eric O’Neill, who was one of the people involved in, eventually, investigating and bringing Hanssen down.

In absolute movie terms, this is quite good. Despite the fact it has a foregone conclusion in the most literal way – it opens with the press report from John Ashcroft explaining what just happened – the movie you get is still tense and anxiety inducing as you don’t know what happens specifically to Eric, and while you definitely know what happened to Robert, you don’t necessarily understand the scope of what he was doing, and how that compares to thereal history.

In the movie, Robert Hanssen is an intense asshole. He’s a perfectionist super-spy who’s trying to hold everyone to a standard and is sick of putting up with the protocols and rules of the FBI that he feels hold people back from doing things that they need to do. There’s an interesting moment in the early movie, when his assistant, Eric, is being frustrated by a lack of a decent computer. Hanssen tells him to go out and get one from the stacks in the hall. At the moment, it looks like a serious, hard-edged company man who’s sick of people using layers of excuses to hold back from getting important tasks done. By the time the mid-movie reveal comes out that shows Hanssen is not just maybe a leaker, but absolutely and definitely is, though, this moment stands out in hindsight as someone who knows that he can just get away with stuff and doesn’t care.

It’s a very lovely, very Catholic moment of characterisation. Ask for forgiveness, not permission, and breaking a rule isn’t a sin. 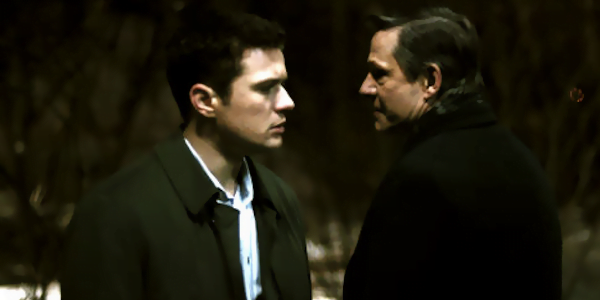 The real history is also fascinating, because this isn’t some amazing international affair. Hanssen was a trusted, extremely highly ranked FBI source who spent decades selling information to another country, but he wasn’t doing it because he was converted to an ideology. There wasn’t some sort of intense break or emotional moment, and if it was, we never see it.

The movie paints Hanssen’s motivations as being pretty intensely selfish, by the end; that he was this intense, superior man, smug and smart, and that smartness was enough that he got addicted to the sheer thrill of being smart enough, being good enough to do something so dangerous and succeed.

A real world examination of Hanssen’s history however paints a different picture; his wife was actually aware that he had leaked information to foreign powers for money, and she had even threatened to tattle on him, resulting in him ‘laying low’ for long periods out of embarrassment. Ego was absolutely part of it for the real and fictional Hanssen – but while the ego of the Hanssen in the movie is justified, with this man, portrayed by actor and screen as raw personality able to force the world into the shape he wanted it, the real Hanssen was…

He was a dork.

Oh, he was good at doing what he was doing – the KGB and GRU never knew who he was, and he refused to ever make contact. All he ever did was dead drop his information and pick up his returns. That, hypothetically, makes Hanssen seem like an amazing super-spy, a mole of immense threat, and a proof of the kind of super dangerous information leak that warrants the surveillance and danger presented by the FBI and CIA and the like.

Here’s the thing. He made, from this espionage, 1.4 million in cash and diamonds over 22 years. Some of the things he handed over included a complete list of American double agents.

That’s a high-paying teacher’s salary. That probably wasn’t a meaningful bump over his existing salary in the context of being a high-ranked FBI agent. The informant who outed him, Alexandr Shcherbakov, was paid seven million to out him.

Then you start to look more and more into the real Hanssen case. This dude had piles of cash lying around in his home. His brother in law told his bosses to investigate him in the early 90s. The investigations into Hanssen multiple times found other parties with their elite profiling techniques… that were dead ends. At one point, Hanssen was appointed to a task force to investigate the mole that was Hanssen himself. The actual list of ways that Hanssen leaked information and warning signs, including throwing money at strippers and referencing specific sources including his own best friend, would hypothetically have given him away, if the security apparatus was as good as it wants you to think. There was a point where, to check if he was under surveillance, he used the FBI internal computer to effectively google himself on a computer that was logged by the FBI itself. 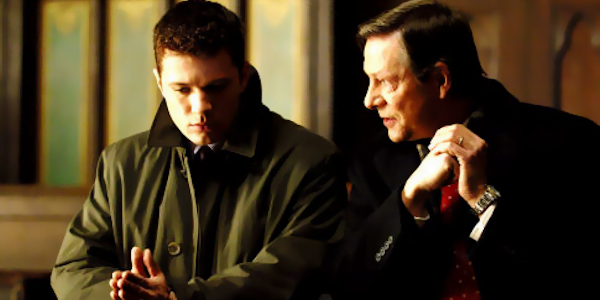 I don’t know if Breach is the kind of movie I’d recommend to everyone just because it’s at best interesting, and at worst you’re watching as the FBI covers itself with glory over finally stopping letting someone abuse their eminently abusable apparatus and evade capture for two decades over pocket change through the investigatory efforts of the gang that couldn’t shoot straight. It’s kind of interesting the way it serves as an advertisement against itself, with the way the story builds all this tension around the way that a senior, serious person in this massively beaurocratic infrastructure is capable of being completely corrupt and it going invisible for years. It makes you wonder about just how many abuses failed to be detected because the subject wasn’t doing anything the FBI particularly cared about.

The real history of the event, the reality of what transpired, is a harrowing story, and the movie does a good job of mostly presenting the actual events in a very real, very tense way without actually having to show you anything that’s too invented. The actual person of Hanssen is actually downplayed in the movie, apparently, with some of his more lurid secret behaviour properly sequestered from the story because there isn’t a lot of natural way to talk about it, in favour of making him more of a creepy presence in the protagonist’s life.

Still, it’s a movie I like, and part of why I like it is that it’s built around real world arts of spycraft, which often have a lot in common with magic. When you see a card seemingly move between two spaces without you ever seeing it, then the much more likely answer is that the card simply never was in one of those places. When you’re leaking information and can’t find the route that your adversary used to obtain it, the much more likely option is that it was always coming from inside.