Alright, so the Blacklist. I’ve talked about it before. It’s a bad show. It’s a clueless show, a show that establishes itself with an interesting hook, then spends subsequent episodes constantly and effortlessly making sure it is less and less interesting. The first episode introduced us to the tension between a woman finding that the most wanted criminal in America was turning himself over to the authorities in order to personally explain to her some immense truth that started with the discovery that her husband of a number of years was hiding a secret from her that included hidden cash, weapons, and passports, in her house.

There’s no great secret or brilliant plot at the heart of The Blacklist, it’s just a fantastically dumb series that follows inthe pattern of CSI of each researcher finding one random thing they can build a whole episode around, and that’s what you’ll find if you bother to watch it. Any given episode has about one idea, and the rest is shaky-cam and mediocre stable characters orbiting around James Spader and making it look like they know what they’re doing as they build towards this season’s mysteries and revelations, to see the cool twist they’re building.

(There is never a cool twist.)

Okay, so why am I bringing this series up? The default is there, the engine of the narrative idling. The show sucks and it will continue to suck and my watching it is entirely to scratch a psychological itch and maybe keep an eye out in case there was something else going on. I know I watch it largely with a skip button going. If I could speed episodes up, I would.

This time, something odd happened. 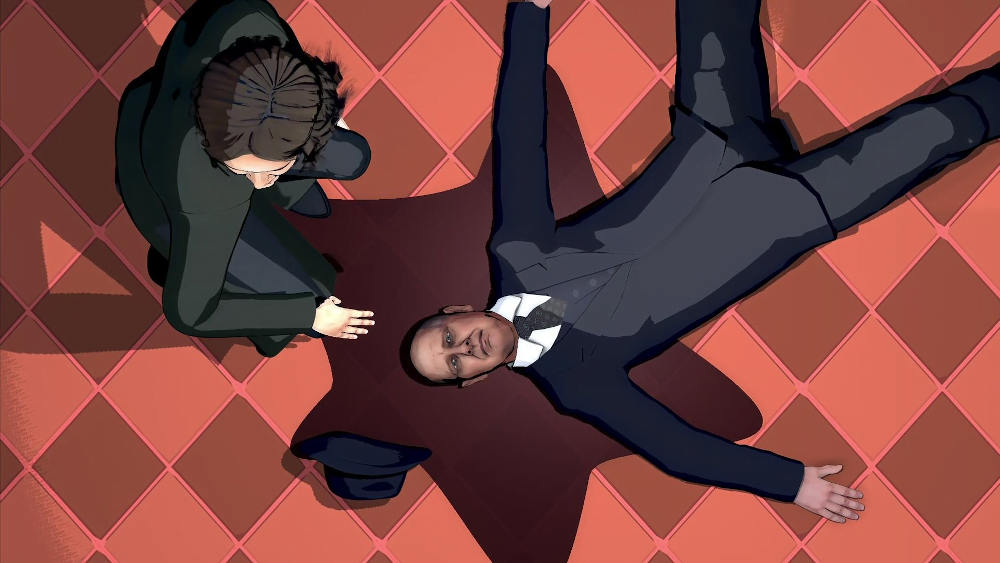 Okay, yeah, there’s something going on with Reddington’s health. That’s, you know, whatever. But the thing that’s really worth looking at here is this look. The way this show looks.

In response to the lockdown rules around the pandemic, the producers of the Blacklist shut down production, and then went to work on making the show by whatever means they could with social distancing rules and actors being separated from one another and not being able to, you know, do conventional acting.

What we got is something glorious.

Blacklist is not a good tv show.

It is amazing, however, to see the budget of this kind of show – and it’s being made at a price of $2 million per episode – as it tries to pivot from making a TV show with sets and settings and extras and payments to instead make, within the confines of an existing union structure and contract rules, a tv program into an animated tv program. The result looks like a pretty good videogame cutscene, circa 2005, with an interesting style of cel-shading and no lip syncing at all.

See, the episode isn’t just animated. It’s partially animated, cutting between animated sequences and non-animated sequences. Part of this is footage that was made before the lockdown, which also tells a fun story about the order that some things are shot in, and part of it is the animated footage. There’s a jump back and forth, shifting and crackling, as if to convey the idea that something’s damaged in the mind of the narrator. 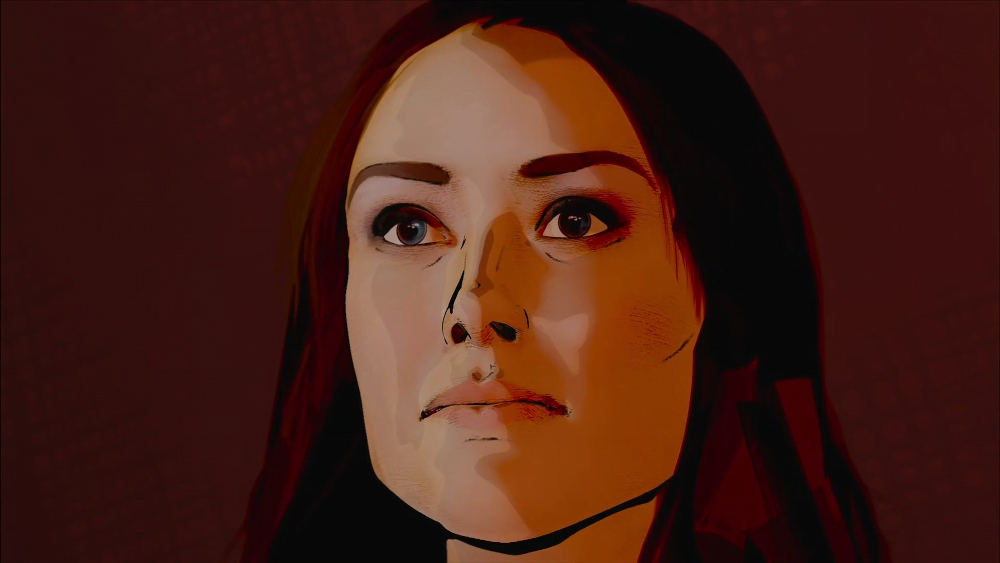 There are points where characters’ expressions can’t be seen, or the animation wasn’t up to the challenge of conveying how they feel with a facial expression so they pop up yellow text narration boxes like it’s a comic book! That’s amazing! And imagine how hard it is for people to convey all that magnetic charisma of James Spader when he can’t change his facial expression.

Also, the shots are just too big, which I understand. You can’t pull in close on these characters to see how bad they look, but if you pull out wide, you have to render background and environment, and they couldn’t do that easily either.

There’s a sequence where Stabler tips out a box of stuff, and rather than use a live-action shot of something that they could easily do, even with just minimal crew at a camera, they use an animation. This means that this lost-and-found item box for a hotel has four things in it, and they’re really bad looking. Was it important you got to see each item specifically? No it wasn’t because what he does is yank a phone out of it, pull out a sim card, and remove it to his own phone – which is a sequence that animation wouldn’t bother to show happening step by step because a sim card is small and fiddly!

It’s fascinating, because it kind of underscores the way that for the people who are making prestige television, animation and cartoons are not actually something that’s ‘easier.’ They’re in fact, really hard, and doing them without the pre-existing infrastructure and skills shows that even two million dollars can’t rush you something good.