I’d never seen Back To The Future.

This year, I watched it, which, you know, I kind of imagine this year I’d have watched more stuff? Seen more series? But I’ve been working non-stop at home, focusing and being exhausted and that means that I have a surprisingly small amount of time and energy to dedicate to watching movies.

Still, Nixie told me she liked it, so I thought: Hey. Let’s have a look.

I watched it, and then I had to decide what I was going to say about it. 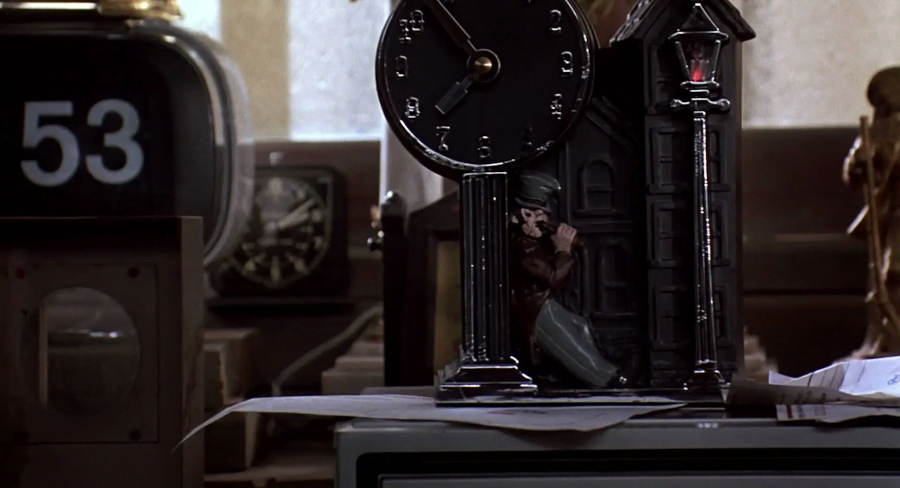 Now, if you’re of the media criticising sort, you can sometimes have some fun pointing out cheeky things about this movie that make it feel bad. Like there’s one option, where you can point out the way that Marty’s mom was clearly hot for him, then she had a kid shortly thereafter who looked like him, and how that dad of Marty’s might possibly wonder about why this boy in his house so strongly resembled the dude who tried to get him to shack up with her in the first place. I dunno, maybe he figured there was some cucking business going on and just didn’t want to know.

You could draw the line about how Biff Tannen was like, a really specific kind of archetype of a character, and when the time came to draw him out as a person, the writers decided to warn us not about the perils of money or avaraice, but instead in fact to inexplicably focus on how one person, specifically, absolutely should not be given power or authority in America, which was something dozens of other movies did, and uh, nobody listened. 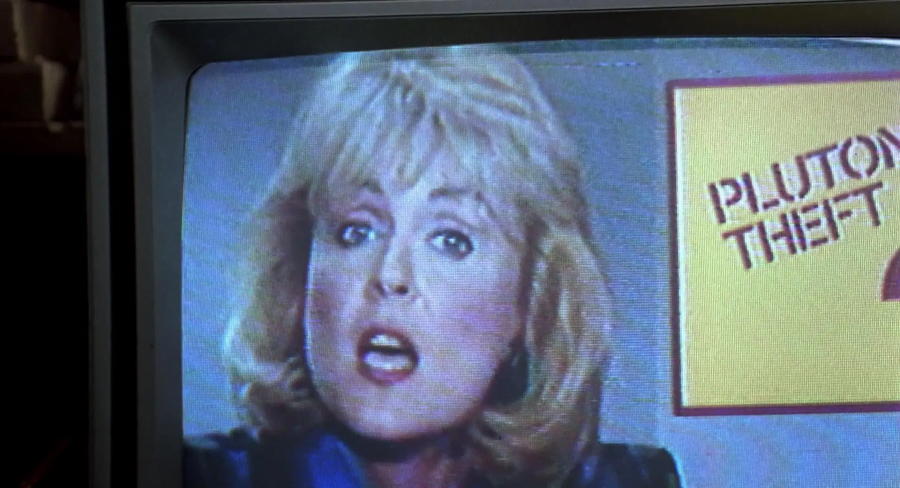 Or you can talk about the way that Back to the Future attributes the work of numerous black people, particularly the mayor and Chuck Berry, to the work of Marty McFly, one nondescript not-particular-achiever from the 1980s. It’s not that those things didn’t happen without Marty, it’s that those people therefore needed no special drive of themselves to do it – the mayor was nudged into action by the mildest of positive affirmations and apparently, great icons of Rock N Roll, when handed a song would just try and replicate it rather than do their own thing.

I’m not going to do that, in part because I don’t go to that school but also because it’s kind of done? Like just by introducing the idea, you go ‘oh, huh,’ and then you either gild that lily until you notice it and go ‘wow, this movie that culminates with saving your own existence through the power of rock and roll and a racist getting chased by black musicians is in fact, a real racist downer that warned us about the rise of fascism and we didn’t listen.’

That’s also just kinda boring? Because the whole story is basically being about stuck in one town and having to see your parents as people like you, and it’s not that the movie is trying to promote a vision of white supremacy. It’s just that it’s a product of that system and it’s kinda just dumb, so it doesn’t think about what it’s doing or saying. It is one of those things about how every time traveller question isn’t really about history or about culture or about, well, actual time travel, but is much more about our memory of things. 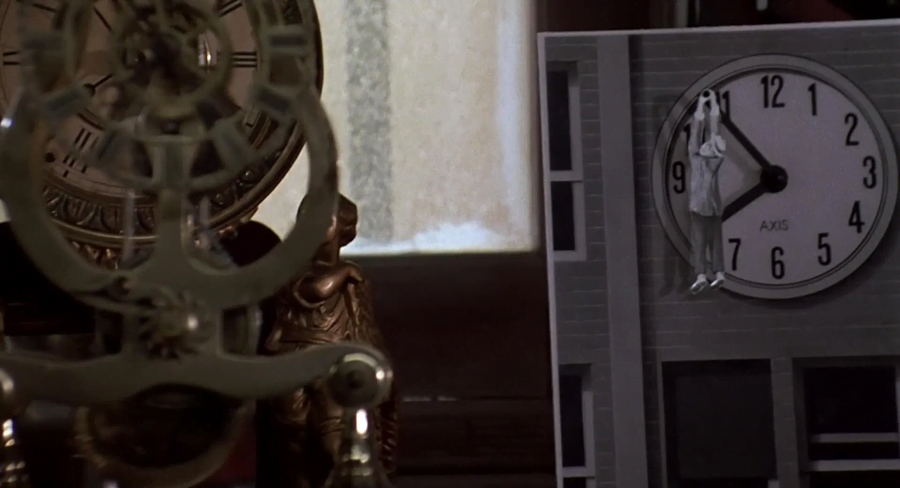 See, time travel movies like to imagine there are clear, distinct, entirely preserved lines of cause and effect between points in our lives, the moments of our stories, the moments that make up our memories. The vision of the past is one where single, defining, catalysing incidents turned our lives on a dime, that with or without those singular moments, everything in our lives would work out wildly differently, which is, really, a hopeful vision of our past.

Time travel stories are exactly that; they’re stories, and they’re stories that need the world we’re into be reassuring and structured like a story. There’s always the thoughts that if I hadn’t had this meeting, or if that event had gone differently or if I’d studied differently, my entire life would have gone differently, which imagines your life as a sequence of very important events that had to go right, with intervening ‘eh’ between them.

This is particularly true of that idea of the trans life, the hypertext, the question of ‘what if I’d known?’ and looking back on a personal history that was bereft of knowledge and possibility that imagines that maybe, if when you were like, twelve, you could have ‘known’ then and with less support or help or confidence, what? Been a different person?

It’s strange to me, because I have a head full of phantom memories of my childhood. See, your brain is really good at making up a story of your life. It’s got a plot, it’s got development, and it will always try to make sure you don’t think of yourself as just being slowly eroded and shaped by the constant flow of thousands of events in your day to day life. How a revolutionary success is not actually going to change your life as much as you imagine, because you might just squander it, or not capitalise on it, or it wouldn’t work out the same way for you as it did for them. 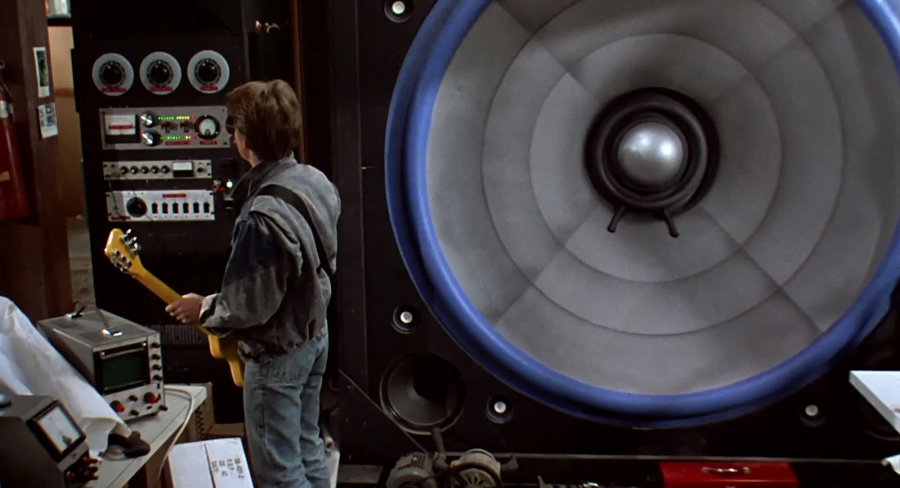 I’ve watched this movie now, and one of the weirdest things, to me, is just how utterly uninterested I am in the actual time travel bit. Oh, it’s a good bit, it’s a solid little time travelly bit, where the mechanics of the story let you point to cause and effect and you can fill it with interesting and cool things, like changing the number of trees out the front of the mall, but generally speaking, that stuff is all… just… stuff.

What interests me is Doc.

What did have a speaker that big for?

Was it something he made just for Marty to goof around with?

That’s really nice of him!