After the first series of Arrested Development, seasons 1-3, they revived it. Who’s they? The wizards, I dunno. The point is, thanks to the neverending zombie franchiseland that is Netflix and the endless well of relaunch fever for people who were noticing we were approaching or in middle age desperately tried to head back to the mid eighties, Arrested Development was brought back to life in 2013.

There are lots of reasons to say it’s not very good. You can pick at specific things or jokes, or maybe try to make a holistic statement like ‘it’s lost its energy’ or whatever. These are all ideas, they’re all hypothesese about what’s wrong with the series, and I’m mostly going to just try and make up some of my own. Perhaps it’ll resonate with you about it. Perhaps it’ll be all the advice you need to know why you shouldn’t spend time on the series.

First of all, one of the best things the series does is have this cleverly inter-woven Rashomon storytelling style where every character tells their take on a story then you realise that as each episode appears, the other characters are in those stories, but they’re so wrapped up in their own interests, and oblivious, that they’re completely unaware that they just walked past/ogled/interacted with their own sibling going through another story. I really liked this device the first time and actually didn’t realise it was a shooting restraints problem, where the whole series got stitched together around the schedules of everyone involved.

Ostensibly, you might imagine the ten year gap between the two series’ starting points would hurt a show that relied on being both timely and on the gaps between characters’ lives. There may be a world of difference between a 35 year old Michael Bluth and his 15 year old son, but at 45 and 25, that dynamic changes a lot. One of those two is a dependent and a child, the other is considered somewhat capable of making his own way in life. 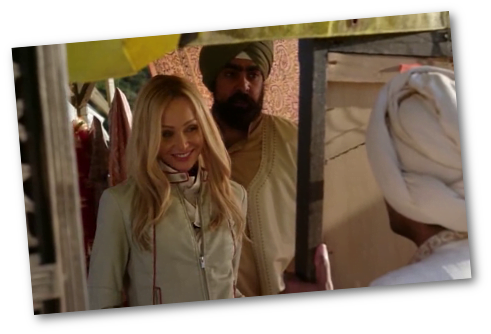 The original series started airing in 2003, and a major component of the narrative was Michael Cera and Alia Shawkat playing the two most grounded, normal people in the family as the behaviour of their surroundings messed them up very thoroughly. You got to see teenagers who were still absorbing things from the world outside the family, and trying to reconcile the inside and outside. It was a really strong point, where you saw those times that Michael imagined himself to be a good authority and was reminded he was only good in relationship to his family.

What’s more, in 2003, the housing market wasn’t all that remarkable. People knew it was doing okay, but it wasn’t really publically clear how bad things were, and the kind of massive impoverishment of the people living in houses by the people making houses really transformed how the Bluths looked. Back before the GFC, the Bluth family were incompetent and corrupt, with dealings with Saddam Hussein as their comical outlier for evil. After the GFC, though, dealing with Saddam is positively unnecessary to make these clueless tools out to be directly responsible for terrible things.

Basically it was a lot harder to laugh at corrupt real estate moguls in 2009. 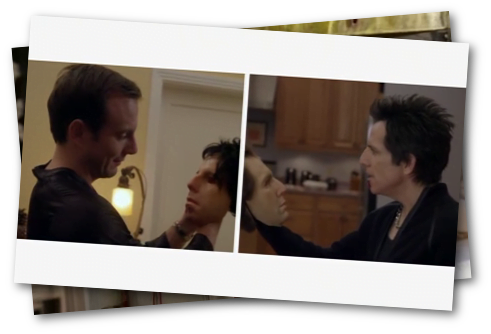 When you go back and watch the first series, there’s also the way that some issues are handled. Tobias’ bisexuality (or struggles with homosexuality) is handled with a little softer touch, with him being both clueless and deeply in denial, and it’s juxtaposed with the (generally happy) exceptionally gay people around him in various clubs. Maeby lies about her mother being trans, and there’s an episode-long voice joke, which at best can be seen as Maeby’s attempt to hurt her mother backfiring by Steve Holt trying to be nice and supportive (if clueless).

There’s also one awkward character — Nazhgalia Bahn-Ahden — who is played by a man as a conventionally unattractive woman. It’s a short joke, and Nazhgalia still gets hers (though I mean, sleeping with GOB is hardly a win), but it’s still there, and you’re often left with transphobia wondering if a joke is meant to be transphobic or if you’re just oversensitive to media that’s going to throw it out there casually. The speed with which Nazhgalia leaves the story, and the way that the non-assholes of the setting treat her being framed as ‘basic human decency’ kind of softens it.

Anyway, that’s most of what you get in Seasons 1-3.

Season 4 has a season-long transphobic joke about George Senior which is pretty clearly meant to tie in with Jeffrey Tambor’s other sitcom, TransParent, which is, amazingly, the second worst thing you could bring up about Tambor in 2018. Yeah, it’s a whole world of not a good look. 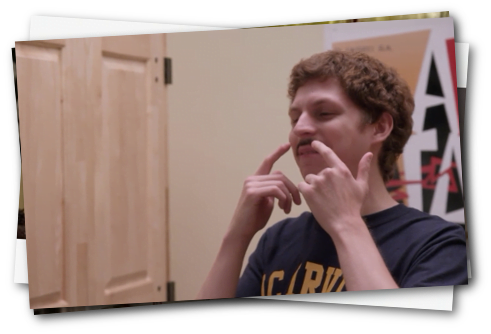 What’s more, the continuity-driven nature of the series, and the forcibly changed dynamic of the series, where all the characters have very limited time to hang around one another meant that the story couldn’t very well keep the bubble of closeness around characters like Michael and George Michael that made those character dynamics even vaguely nice.

I guess that’s the thing. Original series Arrested Development, Tobias and Lindsey were The Worst in a very specific way. Thoughtless and oblivious, but kind of that’s it. GOB was selfish to the point where dating George Michael’s highschool girlfriend was a betrayal that pushed George Michael past his limit. And Michael was petty and selfish and only a little bit more aware than his family, but his worst crimes almost all flowed from trying to hold the family together, comply with the law, and still being mostly as oblivious as they were. Everything in Seasons 1-3 had to build up to a culmination, a culmination that was admittedly rushed and A Bit Soon, but culminate it did.

Season 4 had to start from there, with the Bluths being able to act like everything was normal.

The upshot of this is all the niceness is gone. George Michael didn’t stand up to GOB in a way that would fix things, and still went along with GOB, just protesting this time. The Maeby/George Michael plot didn’t confront the very reasonable final thesis that family is family, but instead got to hit another speedbump before falling back into its loop. Annyong didn’t have a final revenge. Instead, characters slotted back into their old dynamics and everything just escalates. 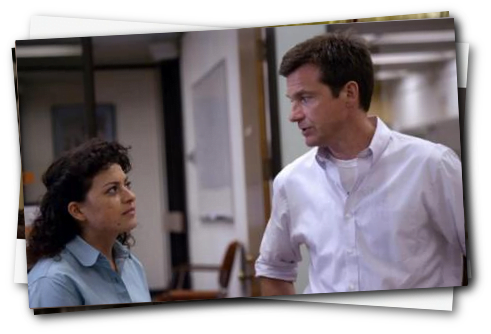 With that, some jokes have to get worse, and the tops the story goes over have to get moreso. Michael isn’t just a little misguided, he’s actively clueless, an equal of GOB in his self-centred self-image driven cruelty. Tobias and Lindsey aren’t just pursuing randomly wasteful goals, they’re ruining people’s lives. Maeby is a sex offender, but so is Tobias, and it’s kind of meant to be okay because he didn’t mean it, but she did.

Arrested Development always walked a razor’s edge about showing you a ridiculous world of ridiculous people whose money insulated them from the realities they interacted with, and the majority of the plots were those tiny random moments when reality ensued all over the family’s careful construct. The whole thing only worked as long as there was someone in the whole arrangement who you could root for, someone who you were hoping to come out of it okay, and who you were hoping might be able to save this ideal, the hope of the family.

Turns out, no, Michael is just another Bluth. 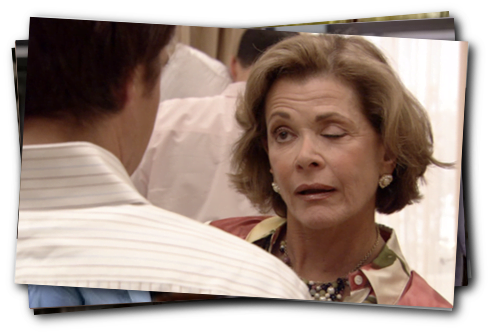 And there’s nothing really interesting to say about that.