I at some point in my life shifted from the kind of person who made fun of Aquaman, because he was a character you kind of knew about but it was easy to imagine making fun of him, to someone who spends his time arguing about how much interesting potential Aquaman has as a storytelling agent, frustrated at the previous group of people.

First things first I think I should pay some fealty to the place I think I first got the idea that Aquaman sucks, which was from Seanbaby, at Seanbaby.com, a website that used r*tard too much, but was still made by a guy who turned out to be pretty alright, and, depending on which journalistic account you trust, also punched Uwe Boll in the god damned face.

Seanbaby was very good at making fun of the absurdities of superhero culture and the NES which turns out to have been all the qualifications you need to be good at modern culture, but in addition to that the guy is just a monstrously good writer who seems to be capable of endless reiterating in a concept space without actually repeating himself, leading to this sort of breathless hyper-evisceration of the subject matter. It also makes him incredibly quotable because if he goes over the same idea a dozen times (Aquaman sucks), you’ll find the one or two particular key phrases that stick in your mind about why he sucks (Sure, just keep an eye out for some seaweed).

Now, since everyone in the Superfriends sucks, the culture didn’t really need to do anything to reinforce that, but characters like Batman and Wonder Woman and… technically… Superman got resuscitated in their own ways throughout history, and then at some point someone backed a truck of money up to the people who made comics and started churning their ridiculous nonsense into bulk-produced gold substitute. Nobody had done that for Aquaman, though, and while I’m not saying Seanbaby created the idea that Aquaman sucks, the idea that Aquaman sucks had been pretty much under-addressed for something like thirty years. As the internet internetted, Aquaman sucking became the thing, and then it became the meme, and all the people who already didn’t like Aquaman (for whatever reason) got to steer the general idea. 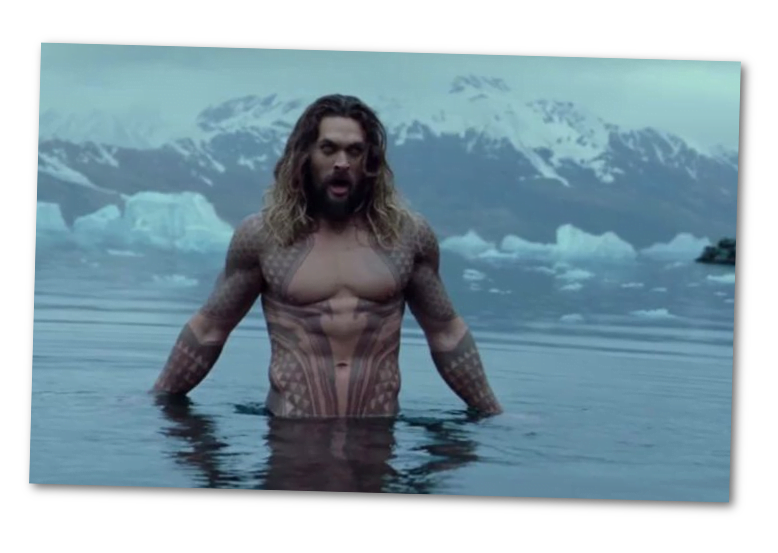 I know I’ve been part of it, making fun of Aquaman for his powers being pretty limited in most Justice-League oriented situations. Yet sometime around the proliferation of powersets in City of Heroes, I started to muse on what Aquaman was and why we thought he sucked. The process ran something like this.

Aquaman sucks, how would I do the same idea better?

Aquaman sucks, but my idea is great.

Aquaman never sucked, look at this cool space he opens up.

The character that resulted from that is Tideward, a towering sub-ocean boy who briefly was friends with a friend’s superhero Hadal. They were both explorations of what it meant to be from a sub-oceanic culture, how those cultures could, even in a modern day, differ from the now, and what that meant for a character.

I haven’t seen Aquaman, the movie, obviously. I haven’t seen the Justice League movie either – I’ve seen a few excerpts, a few trimmed bits, but nothing that’s very right for Aquaman. I have seen Batman V Superman: Dawn Of Justice, and I didn’t think much of it.

The thing for me is that there are a couple of ways you can view Aquaman as a character, and I don’t think that Batman V Superman ever could. I don’t think that movie has a coherent view of Aquaman as a character who exists as part of their world, but rather as a teaser who’s there to pull your attention to a franchise that they will flesh out later. There’s nothing there but a base snapshot, and if you think I’m exaggerating their lack of development of this idea, remember that the Justice League movie has some really basic continuity errors that invalidate Cyborg’s origin story you see in Batman V Superman. One movie prior! They knew they were making it! And they messed up something basic like ‘where did the superhero come from.’ 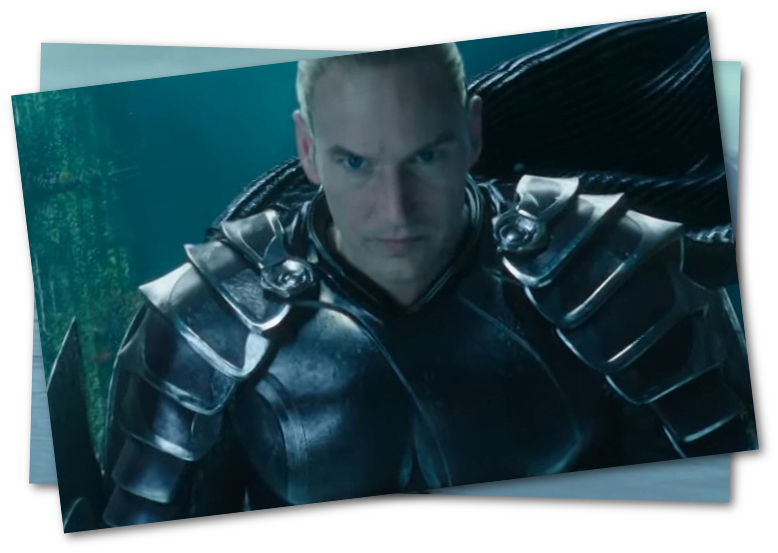 You mess up origins for a character, you change the origins for a character, when those origins don’t serve the story you’re telling. If you don’t know where the story should start from when you’re already working on it, you probably don’t know what the story is actually about. And this is unfair, I know, I’m talking about creative efforts made by hundreds of voices competing across some truly unfortunate events, like family deaths and Being Joss Whedon, but at the same time, these people between them consumed half a billion dollars in their creative efforts, and I think when you’re that compensated it, you can wear a few hits from when some nobody on a blog calls your work garbage.

What does it mean then, that we see a few moments of Aquaman? We see him for one brief instant, hidden, then revealed, then emerging from that darkness. We know the actor they picked for him and we have now, a trailer for Aquaman that pretty much gives away the plot of the movie in one big, fell swoop. It’s going to come out in a few months and I am going to make the bold prediction that it’s not going to be particularly good.

I’m not saying this because I want the movie to be bad, but rather because this movie’s trailer exists, and it’s trying to communicate to me what the movie is, what it will be like, and why I should want to go see it, ideally a few times on opening day, ideally while telling all my friends and as somehow, it seems, an individual who in this stage of his life likes the Aquaman that could be, that they did a good job with Aquaman. 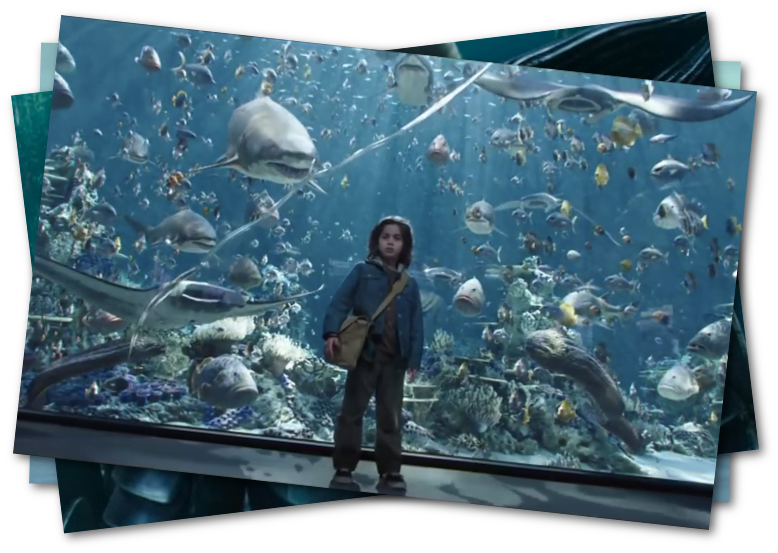 It’s not that Aquaman’s story isn’t likely to spread across worlds. The earliest Aquaman is hinted at being the son of Jacques Cousteau, or a commensurate in-universe export. But that origin point is not really the point of Aquaman. It’s common for some retellings (like throughout the Silver Age) that Aquaman is the son of a human lighthouse keeper and an Atlantean princess. Being a creature of both land and sea is a thing for the character, and as regular attempts to impersonate the more pointedly antagonistic Namor have indicated, the guy’s got sinew as this bridge-between-worlds type of person. It’s not that that’s an inherent ill or a voiding of the character’s history or even if it was, it’d be worth complaining about. It’s more that that particular plot point, of a grim story of a bullied child who became a suspiciously hot, buff outcast in our world, called upon to protect a world he didn’t care about thanks to the imploring of one woman to oppose someone almost-but-not-quite-like him who feels entitled to conquest and ownership of a world is Man of Steel and they’ve shown they’re bad at telling those stories.

We see a lot of signifiers in the Aquaman trailer. They make a point that the illegitimate king is his half brother, there is a point made about how Momoa refuses to be the king of Atlantis, but he is then shown fighting to do it, which plays into the eternally comforting idea of royalty being born to rule. There’s much made of how strong he is, which is pretty common these days to try and push back against the idea that Aquaman sucks and is boring. He’s shown doing ‘cool things’ and being comfortable being cool, and we even get to be shown him being bullied, and shown a young child with terrible, terrible power and oh my god they’re really just doing Man of Steel again ugh.

There is space beneath the oceans for vast and wild wonder, there is myth and metaphor and magic and all sorts of things you can do in the unexplored wilds of the ocean, and this movie, based on its trailer, wants to take you to… well, a technological state that doesn’t seem to have any appreciation for what it means to craft things underwater.

It’s trying to make a Wakanda For White People, and then reassure you Don’t worry, A monarch who thinks we’re doing okay will be in charge, as opposed to someone who’d call us, the surface people, to task for our nonsense.

There are a lot of cultures connected to the sea. Everyone has myths of the sea.

And this Aquaman wants to be a big budget retelling of the least interesting version of any of them.We should stop letting people who disdain superheroes try to tell the stories of those superheroes.

Now, am I arrogant enough to try and tell you how I think Aquaman should be handled?

I dunno, we’ll see how I’m feeling next week.