Hey it’s April and that means I’m giving myself carte blanche to talk about shit that isn’t super important but that matters to me because I really need to be focusing on something right now, and this is an infamously problematic topic, so hey, let’s talk about the marginalisation of atheism. 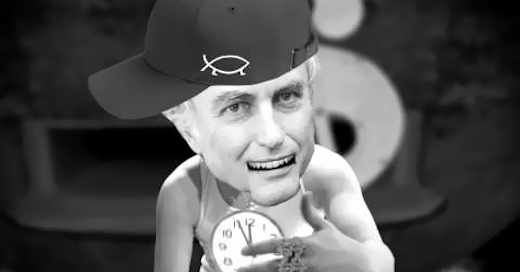 I was asked are atheists marginalised, and well, the simple answer is ‘yes’ and the immediate response from anyone in a larger, more obvious marginalised group is to say ‘pardonfuck,’ because it’s very easy to see the very question as being insulting, or the efforts of the privileged to try and lay claim to some oppression as social capital, because hey, that absolutely is a thing that happens.

But the question remains.

First thing first, you have to address the question are atheists a group?

Now, a person can argue that because atheism is a lack of affiliation, there’s no group and therefore, they can’t be marginalised. This is a rhetorical trick you will see used to align against other marginalised groups, where you change the definition to make them irrelevant, or claim their presence is too small to make a meaningful difference. The idea is that you first define a grouping in some way, then use that grouping to say who does and doesn’t belong in it.

The term ‘religious group’ when referring to atheists seems fundamentally improper; after all, it’s not a religion. But it’s the best term we have, and the fact it is is part of the problem: There is a natural assumption that religiosity brings with it a category, and if you are not part of a specific set of defined in-groups, the category closes to you. You can see how in the same way, the idea of race is seen as something that an other group has, and white people don’t; despite the fact my own heritage has in a most immediate fashion colonial Australian, and Welsh and British immigrant stock to it, I am not referred to as Welsh-British Australian, I’m white. Whiteness is apart. Whiteness is its own system of dominance, where it can quietly include or exclude people on the edges – and you can see this in the way that some black people get brought into whiteness.

This can be done to exclude and include. Race being something ‘other’ people have means that everyone with a different skin tone has to be catalogued, and everyone white doesn’t. So to with religiosity. If you’re in a religious group, you count, and if you’re not, you don’t. Note how hard it can be to get religions recognised and given appropriate privileges in cultural space – people need to be used to a religious to treat its practices and performances as ‘real.’ There’s a fight over displaying symbols at your work, there’s a fight over what you do to express your ideology publically. These are seen as natural and reasonable because those things mean things to people.

That means that any time I get told ‘atheists don’t deserve religious protections, because they’re not a religion,’ that’s always, always just dismissable nonsense. It’s an attempt to dismiss the question through exclusion.

With that in mind, then, there’s a question about whether or not atheists are oppressed. Now, there are few (but not no) laws anywhere about ‘atheists can’t do x.’ Again, if you want to dismiss this idea, that’s where you stop and say ‘well, job’s done, there’s no oppression because nobody wrote it down that way.’ See also how there’s no law saying cops can shoot black kids, so clearly they don’t do it.

What you do is check for results of oppression. You look to see if there laws in power structures that formally or informally deprive the group of power?

See if there are special strictures in place to reward Not Being An Atheist, like tax exemptions for your important sites (look up the ‘manse laws’ in America, which Pat Robertson uses to declare his diamond mine proceeds as tax free and the mormon church uses to declare several malls as tax free sales points).

See if there’s perhaps something in your country that gives explicit legal power to religious leaders with no contrary position offered for people outside that religious grouping, like how in the house of Lords in the UK, a number of seats are reserved for members of the church of England (though it has recently been expanded to include A Rabbi!).

Check to see how the approval rating of the group works in your cultural space. In the United States, for example, Pew found that Atheists are considered alongside Muslims as a cultural group (a rating of 49/100). In the US, again, 42% of polled people claim that they think that you need a belief in god to be a good person (indicating a belief that atheists aren’t good people).

Right now it’s hard to say ‘atheists are oppressed’ as much as ‘the religious are overwhelmingly privileged.’ But the thing is, the dad who beats his child for not believing in Christ doesn’t get filed as an anti-atheist statistic. Or any kind of statistic. Or get in trouble at all. Because the religious structure he’s in doesn’t consider it any kind of problem.

Atheists in America are absolutely in a position of being disenfranchised from political power, deprived of job opportunities, and subjected to public attack. In Australia, politicians publically declaring that they are atheists are subjected to specifically targeted degradation for being atheists.

Is the oppression of atheism ‘that bad?’ Well, no, Atheists aren’t being shot in the chest in the street by police officers who then get off scot free.

Does this mean it’s basically impossible to talk about the privilege of the religious? I mean, yeah. The power structure of religion and the cross-marginalised abuse of how awful many atheists and atheist thinkers are towards Muslims (and you can bet the privilege of religious systems is why they think they’re qualified to talk about that) has made it so that the atheist voices most likely to be elevated are themselves beneficiaries of immense privilege (Dawkins grew up on a literal plantation), and are made the most publically notable when they attack other marginalised people (note how anti-trans and antifeminist messaging from these important people are elevated).

I legitimately read the God Delusion and liked it; I also read God is Not Great and thought it was pretty good. I do not hate these books for their problems, and think the overall thrust of each book has a reasonable point… which is also filtered through the fact that their authors were both privileged men, very skilled at making themselves sound like the most important person in the room and unaware of many things because of that privilege. Hitchens was an arsehole. Dawkins is an arsehole. They are both deeply flawed and their books are too.

And that’s it. That’s what you think of when you think of ‘atheists.’ It’s an old jerk whining about his honey. It’s that creepy dude who wanted to sleep with Margaret Thatcher. It’s the mistakes in those books which wanted to argue that the idea of faith is beneath the dignity of the wonderful, beautiful, striving and struggling people around us, of over-applying their one discipline to every problem around them in the way of the academic.

I don’t get to have my identity or my experience, because the general ‘you’ knows these people.

Just kinda sucks that conversations about the fundamental dignity of humanity, or just how much we need corporations that manage child rapist smuggling rings in the world, are treated as less worthy of attention than ‘this one old Cambridge scholar is a dickhead.’ It reminds me of a sort of Ann Widdecombe-esque whine of well I know you would bring that up, as if mentioning an awareness of the problem is the same as fixing it.