Thanks for your patience, everyone. Last time I talked about how the game was meant to allow you, the player, to select senp.AI’s gender, your gender, and trans/cis/other status for them, and how this changed basically nothing for the narrative. Then my exams and final assessments for University happened for the year, then Nanowrimo, and now here I am going back to this.

The biggest problem I’m having right now with senp.AI is a lack of good documentation for what I’m trying to do. See, the game that inspired me to start on all this was Analogue: A Hate Story (Steam was down when I retrieved that URL – if it’s wrong I’ll look into it later). Analogue is both a wonderful game with an interesting, nonlinear pace and all sorts of other goodies, but it’s also a game with a pretty interface. I’d grown very used to my childhood Visual Novel work being about fairly ugly, serviceable interfaces – and Analogue and Hate Plus have very pretty, elegant interfaces.

Now, Renpy promises it can help me make a visual novel, but it doesn’t promise ways in which I can make that visual novel look like something other than Awfulness. What I’ve been doing lately is working on creating dialogue and character for the game (another problem: It’s going to be a game with Lots of Words in it). The Renpy forums suggest, first things first, working on creating an interface mock-up in a graphics program. Here’s what I have: 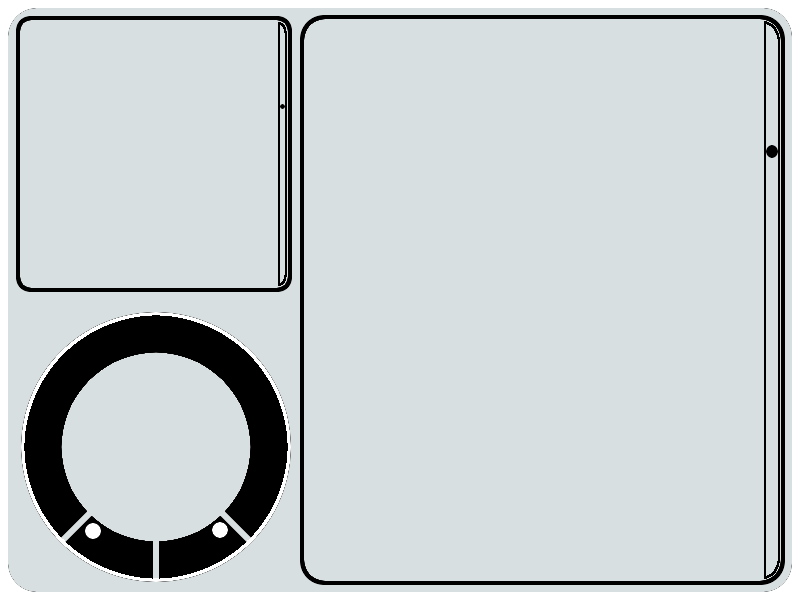 What’s planned is for the first part of the game, the top left window lets you select the thread of commentary you want to read, and the window on the right lets you scroll through it and see what is and isn’t there. That’s the very, very basic ideal at this point. The bottom left ‘wheel’ is how you access different parts of the interface.

At this point, trying to find good documentation on how to create this – rather than just crying and begging Fox, who has some experience with Python, to do it for me – is very hard.