That Game of Thrones, eh?

Now it might be that someone in the past, once, said that by definition The Game of Thrones was doomed to have an unsatisfying ending, and that someone may have said that the whole story was something like, you know, a narrative lootbox and then Game of Thrones ended and its ending was bad, and the ending being bad resulted in a giant pile of people suddenly going ‘hey, has this… sucked for years?’ and suddenly everyone is arguing about when the whole affair went sour, when this prestige TV show worth millions of dollars they’d sunk their life and fandom into might be bad and they should have known it ahead of time.

The really interesting thing to come out of it, though, is the understanding that part of what made the ending of Game of Thrones bad was not, as I once asserted, that they had no idea where they were going, but that they had an absolute, clear, definite ending, and that meant that accomplishing events in the final season was a matter of ticking things off a list, in order to force the time they had to fit the sequence of events they had to show.

And you know what, that’s fair. Maybe it wasn’t a lack of a plan, the problem was too much of a plan. Or maybe it was an inability to contain what they were making along the lines of that plan. Or maybe it was people’s fault, for being too into it, and it got too popular, forcing those poor creators to ruin it. Or maybe there was a conspiracy. I honestly don’t know, or really care. I don’t think there are lessons from Game of Thrones that are specifically really applicable to you and your creative work, beyond maybe, that if you put a lot of sexual assault in your work, people are going to ask exactly what the fuck is wrong with you, and getting defensive just makes everyone start to draw conclusions about that answer. 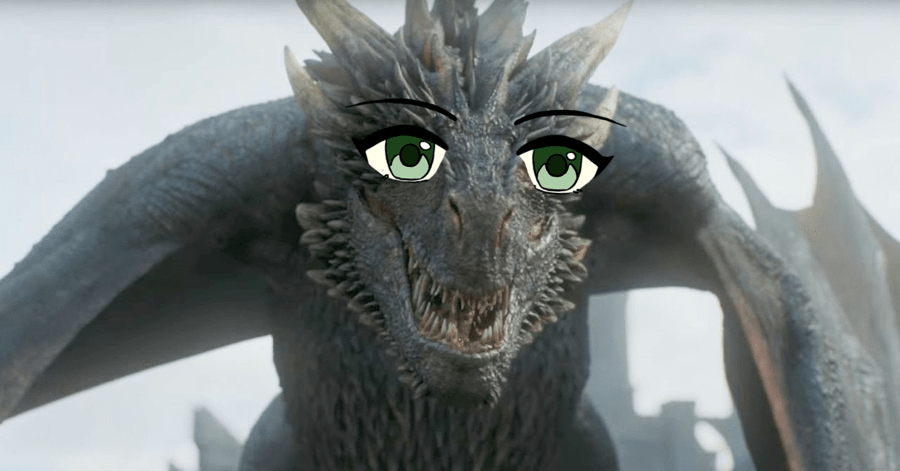 That’s the thing. It’s too big a work. And based on watching video of the actors preparing for the show, and the special effects crew and the prop makers and the armour fitters and all that stuff, I think it’s reasonable to say that on average everyone who showed up to make that series did a great job. But not everyone’s effort has an equal impact on the outcome.

I look forward to this future where Game of Thrones dissection becomes our personal rite, where everyone has their opinion about what in this series failed, why it failed, how the real problem the series had was this, or that, or the other. It’s great. It’s wonderful to see this practice turned widely mainstream. Hi, everyone else, this is what anime nerds have been doing since forever.

Turns out the real Iron Throne was the friends we made along the way!