A thing I have to do, in the times I’m not teaching, is look for other work. This means that I’m part of our nation’s unemployment system, which often requires engagement with a series of helpful, motivational, educational tools that are about maximising my chances of having my resume looked at by a business. Since I have worked lined up for the next semester, though, I’m not under that much pressure. Since I’m also a massive nerd though, I read that stuff, and I read it and then I go look online for research.

Not the kind that promises to teach you how to make your resume work for you, or the best ways to get your resume read or your top ten tips. Those are largely really bad and silly and wrong, and mostly motivated by a desire to get you to click on a post and are mostly written by someone whose day job is professional blogging intern.

No disrespect to those people, just like, mostly they’re not going to have the tools to really give you useful advice. 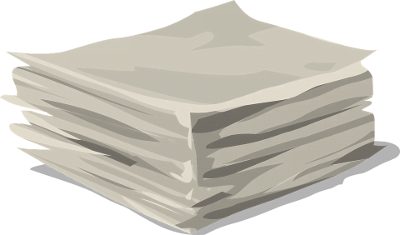 Getting your resume made is a pretty basic process. Get it to your coordinator’s specs, that’ll be fine. It really will. They’re not trying to make your job harder.

The next thing you need to do is to breathe in, relax, and breathe out.

When we make the conversation about what you can do to maximise your resume we kinda break the perspective on it. Because when you think it’s you to make your resume great, it’s making it your fault when it doesn’t get picked up.

On average, every position gets too many applications. They are sifted by people, and those people are having to sift a large pile of information, which isn’t their specialised skill. This means they’re basically looking at paperwork, and they are using whatever excuse they can to discard a resume. This isn’t just your typical things – like conscious racism, unconscious racism, safety racism –

Oh, you’re not familiar with safety racism? Safety racism is when you’re confronted with having to make a positive action in the face of racism, and you instead avoid engaging with it entirely. It’s the racism of letting caution for your own safety promulgate the imagined racism of someone around you. This happens a lot, and with sexism and transphobia and all that stuff too.

– but there is other stuff as well. There’s stuff like throwing resumes on the floor at random to speed through the list. There’s things like ditching resumes based on staples or not having staples, whatever dissolves the pile faster. And what’s more, there isn’t actually any real regulation for this if they’re actually getting rid of resumes at random.

This is my advice to you, resume-writers.

Try to hurt yourself less over the fact you’re not getting jobs. It’s not your resume’s fault. It’s the fault of the people picking it up. They’re the ones with agency.