Ever heard of this?

This mechanic, introduced in one of the Races Of books in 3.5, presented the idea that while the class structure worked in general for most of the game, there were more specific versions of classes for races that had a particular, peculiar affinity for that class. This meant that while halfling fighters and gnome fighters and dwarf fighters were generally all the same, a half-orc fighter might be different because of the way half-orcs did the job of ‘fighter.’

This was actually a really cool bit of design space to build in, because it first let you build more mechanical identity for your races in the things they did really well (and more on that later). It gave you just enough ability to shift around the basics of a class without necessarily requiring you to make an entirely redundant type of class for a race, and it avoided the problem of complex feat chains meant to alter standard abilities. Don’t like the idea of elven monks having the Calm Mind ability? Make a replacement level where they didn’t. Easy as pie.

This meant that if a class gave you a weaker version of something your race already did (like disease immunity or a non-stacking resistance), getting those class features could feel like a bummer, and these substitution levels could help address that.

This helped to reduce mechanical bloat and let you still make variants, and those variants could just snap into existing space for your other classes. Min-maxers got more toys to play with to find places to earn the tiniest advantage, and if you were the kind of person who wanted a simple package, you could just pick up the replacement levels and let them guide you into what your character ‘should’ be doing. 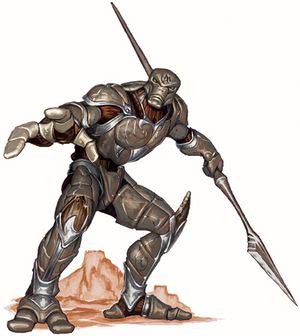 I’ve talked about the Half-Elf Bard replacement levels in Races of Destiny and they were broken as hell, but that didn’t mean the mechanic was a poisoned root. The half-orc, for example, got a Charisma penalty, and the Paladin really wanted a good Charisma. Half-Orc Paladins got a substitution level that gave them an ability that cared about their strength rather than their Charisma. Giving that ability to everyone might be a bit much, but giving it to the half-orc (who have a penalty to their Charisma, making them worse at Paladin-ing) helped to bring them up to par. It was a way to fine tune builds.

Replacement levels were a little bit weird, a class feature that was spared the normal mass proliferation of mechanical ideas you saw in D&D. This was because while they were a great mechanic and players immediately proliferated them to a dozen races and classes that never had them, they were never mentioned in an OGL source. This meant that you could make your own replacement levels, and you could put them in a book…

The question of how much you could explain about them was ambiguous. Yeah, this is a weird conversation, but okay, clearly you couldn’t just copy the rules text. That was copyrighted text not covered by the OGL. That’s okay. The OGL could by strict interpretation be seen to only refer to information presented in that OGL, but it also included in its wordings ‘related rules’ and ‘required reference.’ It was well established that the OGL couldn’t copyright mechanics themselves.

Did this mean you couldn’t mention the Racial sub levels?

Did it mean you could mention the books that contained the rules?

Did it mean you could use the mechanics but had to call them something else?

This was weird and hard to work out, and the game was in the tail end of its life, so what happened was most everyone didn’t bother. While they were excellent mechanics they weren’t popular enough that anyone put this question to the test. 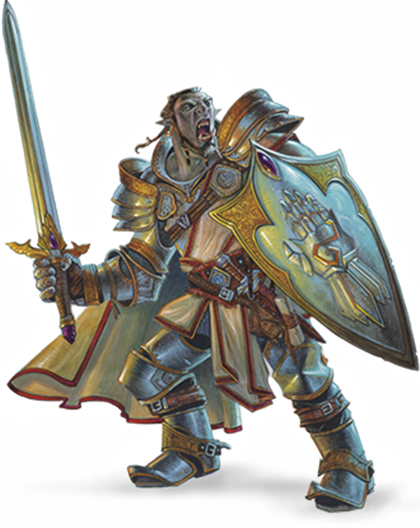 A detail about the Racial Substitution levels, and a thing I recommend for design like this, is to use these kind of designs as tools to define boundaries. Now, not that I think anyone’s taking lessons from me in how to design for 3.5 D&D (since my advice starts with ‘kill the druid’), but if you were making your own substitution levels now for new D&D races, my advice is to build with two strong classes and one weak class.

The two strong classes can kind of be your benchmarks; you can give the race two classes that really obviously ‘fit’ it – strong in flavour, mind you, not necessarily stuff that’s an obvious power fit for the race and class. This is a place for things like elf rangers and halfling rogues. You have to ask yourself ‘how does this class look different when it’s being done by someone archetypally good at it?’

Then you pick something they’re bad at and consider ways to fix it. I like this because it indicates that class and race aren’t representing immutable laws, but rather culture. In the standard set, halfling rangers and monks trade their normal damage boosters for skirmish, which rewards them for moving fast. This means that rather than halfling monks trying to deal with big opponents the way that non-small monks do, they create their own ways in response to their own needs. That’s good, that’s interesting.

Treat mechanical options as interesting boundaries that reflect how people can do things.