Back in 3rd edition, I created my own D&D setting. It wasn’t very good, but I’m still very attached to it, and want to use it as an object lesson in improving. I also want to show people that everything comes from somewhere, and your old work can help become foundational to your new work.

Content Warning: Some of the old text is going to feature some unconscious cissexism and sexism, and I know there are a few unknowingly racist terms that I used.

When I first wrote this setting, I did it by emulating the existing 3.0 and 3.5 D&D sourcebooks’ ways of representing countries. It’s a good practice, certainly as far as making sure that as a developer I was making games to a professional template, but it meant that things that template did that I don’t like, I was doing anyway.

Let’s have a real quick look at the template, from the Forgotten Realms Campaign Setting (2001), and a time I tried to replicate it.

Gosh, the idea of a country having alignments, what a weird thing.

The thing I tried to stick to the most was the Population entry. In both cases, it’s a large, raw number that players don’t really have an easy handle on, and then it breaks it down into percentages without actually doing any of that math. If the raw numbers of how many humans matter, you could represent that number with a percentage and a population count, right? It isn’t like I want the population count, now.

The thing with this kind of description framework is that it creates the image of a world section that has a bunch of hard, definite pieces of information to it. It makes things precisely measurable and quantitative, which is generally good when you’re talking about quantitative entities. I don’t want, in a tactical tabletop fighting game, for the definition of one square of distance to be a matter of lively debate. I want that kind of stuff to work like plumbing. I don’t want to care about how it works, just that it works right.

Thing is, places in settings aren’t about precise definitions as much as they are frameworks for things like mood, tone, and theme. This sort of definitional view of a country or a city where some of this information is presented in these numeric, distant ways, and it’s expressed in an objective, quantifiable way, means it can be hard to actually understand what those themes are like.

Basically, this is a vision of a nation as quantifiable and objective, and I don’t like the way this makes players think about the world. First, it means they’re less likely to feel they can make things in that space unless they can ‘prove’ they’d belong, and also that these nations are known in a top-down, guide-book fashion.

This also creates the funny thing where rumours are used to describe things that wouldn’t be matter of common public record, but thanks to the way we write setting books, means these rumours are absolutely, 100% true. 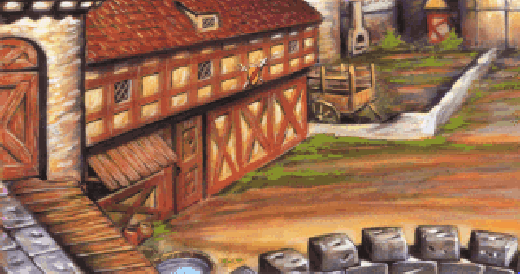 Now then, remaking Cobin’Seil, I wanted to make a new template, somethign to express countries that is both more convenient and more useful for players to feel like they belong in a space. Here, then, is my new template:

This is a simple breakdown of the various different cultures you’ll see in this area. Actual numbers aren’t that much of a problem, it should instead be about how people in that place expect things to be.

A short explanation for what the place is known for, and maybe what it’s known by. A good rule of thumb via Steve Dee is ‘what jokes do people tell about it?’ It’s easy for me to imagine framing a culture like that, but maybe it’s less for you. Point is, this is where you probably want to get as ‘objective’ as you can – other countries pay attention to these traits, the culture talks about itself like this, etcetera.

Explain what it’s like to be a person who came from this space. Talk about common skills or experiences, about things they’d have in common growing up. Is wealth disparity a big problem, or not? What are the things the place’s nature have done to change your life? That can include things like the availability of health care or lodging, or the lack thereof.

There are characters who’ve been to these places without necessarily living there. This is a place to put an entry for the impression of big, obvious, known things, and also how readily the people in a place accept newcomers or travellers.

If there are beefs, put them here. Hypothetically, if I’m doing entries for both places that beef with one another, I’d put the beef from this place’s perspective here, without feeling the need to be fair about it. This is about situating players within the space of the world, not about being an objective measure of which side is the biggest donger.

Again, this is about what people in the country would generally know. It’s not meant to be exhaustive and it’s not necessary to be precise. This is a chance to think about generally, the things this place doesn’t have a lot of, and the stuff it has too much of.

Makes and Sells:
Wants and Buys:

This is where you start to put down mention of important cities, artifacts, adventure locations. You can even then apply this template to those more specific locations if you want, and cut bits that aren’t important out of it. 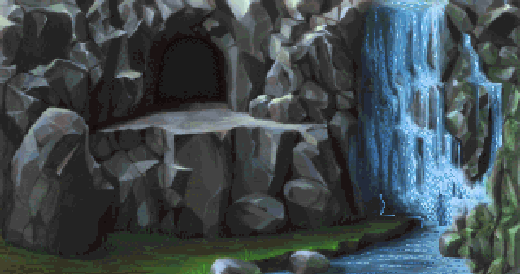 Alright, that’s the template, but what’s it going to look like? I’ve used these articles to not just talk about changing these things, but also, hopefully, give you ideas for the kinds of things and spaces I want to see in my setting. Since I have this template, let’s use it to show one of the nations I’m pretty happy with in Cobrin’Seil and can be just updated to the new template without problem.

Amenti is known for its founding as a dragon’s playground. The people of Amenti are descended from slaves owned by an abusive dragon, and the nation that grew after the death of the dragon still carries some of the hallmarks of that presence. The streets are wide, the arches tall, and the people of Amenti like to put ballistas on the top of tall buildings, pointing upwards.

Amenti is a nation made up of coast and island towns, dotted up and down the coastline, leading from the central capital city, Arvadan. The Amenti aesthetic tends to be for things that are open and flexible; you’re more likely to see things stored in bags than in boxes.

People from Amenti almost always have some experience with boats. You probably got whatever employment you have from friends of your parents, and may not have ever formally applied for a job. Your reputation as spoken is very important amongst your community, and you probably take unfounded rumours about you or disrespect seriously.

Your common diet would include fish, rice, barley, cheese steeped in wine, wine, wine jelly and really just anything you can put wine into. You probably know a few draconic words, most likely swears or innuendo.

If you’re from a commonly travelled part of Amenti, near one of the Ereshan highways, you probably are used to dealing with small change from many cultures, as travellers often buy small things rather than make large, extravagant purchases.

When you were growing up, you likely attended a communal teaching space for most of your childhood with the rest of your community, taught by some older member of the community. You might not have had books to read until you were a young adult, but you would have learned a lot of rhyming poetry that included language lessons or math.

You can almost certainly swim, even if you have some physical impediment that would make that skill challenging. If you’ve some disability, it’s probably taken very seriously by the people in your community, but you wouldn’t expect accommodation for it in other nearby communities.

You probably know someone who has some psychic abilities, if only your town’s local keykeeper,a role somewhat like a mayor’s assistant and private detective. Psychic powers are common enough that you know of the kind of things it can do.

You also probably know someone who has draconic heritage, even if it’s just someone in the town who has slitted eyes, or scaly hands. The influence of the great dragon lords who once owned Amenti is still being seen today.

Travellers through Amenti tend to deal with the people’s food culture. Everything you buy in Amenti as a traveller tends to be un-industrialised; food prepared in one spot tends to be the food made in that spot and not similar to the next town over’s version of the same dish.

Amenti currency is usually frustrating, because people will often try to make currency exchanges with you – giving you coins of a place you’re going to, and may sometimes try to push currency on you you’re not going to need as much as what you want.

Because Amenti people treat community and reputation and trust as very important, it can mean that if you’re a bad customer, or have a bad incident in one town, you’ll have a hard time dealing with anyone in that town until you somehow make amends. You might also get a reputation as being good or generous, and find that beneficial in one town, but only as far as that town reaches.

There is not much of a feeling of ‘government control’ in Amenti – most towns have a small number of people doing administrative work, taxes are collected semi-regularly and much of it is made out of deals and trade rather than just typical finance.

Amenti being on the edge of the continent, and so small a nation overall means it doesn’t really have a strong sense of territory. The lack of a powerful central government means that Amenti also lacks much of a military force. Amenti tends to trade with the Ereshan Protectorate cities on their borders to request aid if they need the work of the military.

Amenti does occasionally get into trade conflicts with nearby nations, and sometimes asks for help hiring mercenaries and adventurers to defend some of the dragon artifacts and important magical sites in the countryside.

And this would be a bunch of stuff in Amenti, filled out once I have the rest of the setting pieces in place.

All these images are from the VGA Remake of Quest For Glory I, a game that heavily influenced the creation of this setting, even if I let almost none of the Cole’s taste for Whacky Humour infiltrate my game.