I swear to god, my last fucking brain cell.

In City of Heroes, the game was – and is – pretty easy. The game was made to have a broad appeal to an audience that mostly liked playing with the costume creator, and at shutdown, over 50% of all characters made never reached level 10 of 50.

There was a gear system introduced after the game was live, a system designed to be optional to let players push their characters to a higher level. It was called the Invention system and it relied on interconnected sets of things in limited sockets. I’ve spoken about it in the past and it is not an easy system to grapple with.

This was, I repeat, optional. Then when that system appealed to players, the developers released another group of inventions that could only be used by characters at the level cap, at 50. This is content for a minority of players, mind you, and they found it worked well getting players engaged with the game, and it seemed to do well. They were known as ultra-rares in the game text, and ‘purples’ to the players. For some players, doing normal late-game content, a single purple drop could be sold on the market for enough money to satisfy your needs for good. 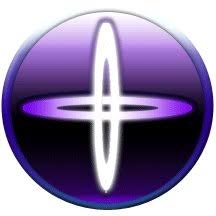 Another thing in the game was the presence of epic archetypes. If you had a level 50 hero, you could make one of two more types of hero characters – a Peacebringer or a Warshade. Of the two, the Warshade was the weaker and less popular. There were a lot of reasons why they were less popular, and you should totally explain to me why you think that is I promise I won’t ignore it because I don’t care and it doesn’t matter, but okay, this is the framing you need.

One day on the forums, a typical thread got kicked off; someone talked about how the game market was broken and it was too hard to meet basic needs and it was too expensive to function, a position that largely, I and other market people didn’t regard as very serious, because the market was very easy to make money off if you were patient and so on. It was a libertarian paradise – all goods were luxury goods and everyone had equal access to the means of generating capital.

Then Chris Bruce, aka Back Alley Brawler, responded to this thread, and pulled the vital quote from the start of the thread that we’d all missed:

I’m sorry, did you say it was too expensive to purple out your warshade?

This quote haunts me.

This quote is the kind of rhetorical bodying that I’m honestly afraid of earning. It is a statement from a position of such flawed base assumptions that even a reasonable sounding conversation can be formed around it, but to anyone who bothers to pay attention, it is completely farcical on its face. The most entrenched of entrenched players bemoaning the difficulty doing one of the hardest things that casual players were never expected to want to do, showing their populist position was just selfishness in disguise.

I worry a lot about when I explain things or share things or call for change that I’m not complaining about purpling out my warshade.