The Pitch: It’s a 4th Edition D&D Setting/Modbook which is about playing Bloodborne and Castlevania style gothic horror hunters. Combat is not about crawling through dungeons and parselling out careful resources, but instead about short tactical fights of 2-3 sequences of fights in a row, known as Hunts, usually with solo-class enemies rather than larger groups. 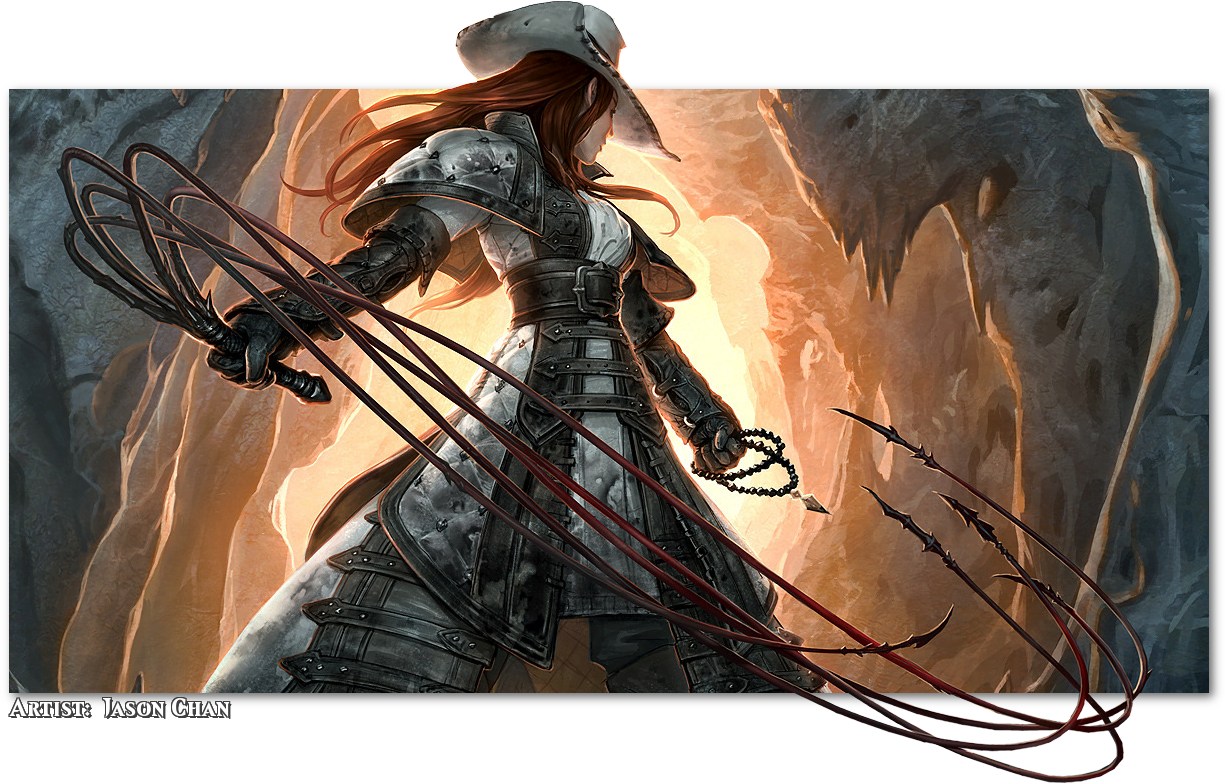 Between each hunt, the players invest effort into the thing that forms the core of their group, their Nexus, determined by the type of group they are. You can build your own keep or workshop, or network of connected hunters, depending on the type of game you choose to play.

The aim would be to keep the tactical, movement-based miniatures-driven combat of 4th Edition D&D, and giving you a sort of ‘boss rush’ way of playing. DMs don’t need to design larger dungeons, but rather just small connected places for the hunt to find their prey, and thanks to the hunters being hunters, these encounters naturally can take the shape of kill-boxes, or containment points.

This would be a gamebook, first and foremost; a single book that’s designed to work with Dungeons & Dragons 4th Edition. Hypothetically, if your players are into other systems, it might be designed to handle that kind of cross-compatibility, but the basic point is to be a game system for a game I like. The game would then be made up of a series of modules that you snap together to make your campaign.

One module would be the rules for creating your Nexus. A Nexus sets some ground rules for the style of campaign you play in and also works against the ‘murderhobo’ problem that more free-moving campaigns have. A Nexus is something that roots you back to a space – things and people you can’t leave, and it’d have systems for checking on or recognising the nature of the location the Nexus is in. You’d decide at the start of the game if you want to control one of three options:

One module would be about dealing with monsters and classifying them based on their grouping. Back in Ravenloft there was the mechanics of Fear, Horror and Madness, which kind of did a similar thing – in this case, the idea is that monsters represent types, and exposure to/interaction with a type can change how you react/treat them. This would be a space for ideas like beasthood or maybe insight from Bloodborne. If players want to contain the powers of the nightmares, this is where I’d put that kind of idea.

Another module would be for handling gear. The 4th ed weapon system is really good for things like transforming/trick weapons, or weapons that evolve naturally over time. Your Nexus might be able to replace a conventional gear system – with gear and abilities levelling up based on a budget/availability. One of the funny things with 4ed is that most gear was just meant to get replaced by level – you were never meant to plow your entire budget into a thing that you could hypothetically pay for, after all. Just making it so ‘downtime can be spent to upgrade gear’ seems an obvious way to streamline gear and reduce the quantity of knick-knacks that are  a bit of a design problem.

Another module would be for ‘Races.’ Particularly, it might be useful to make a system for turning a lot of Races into Ancestries or Heritages, the idea that in this culture, what a Dwarf represents mechanically is just another type of human, and to put the races that are blatantly visually monstrous in a basket that let players play twisted, monstrous hunters. Imagine being a minotaur trying to hide in Yarnham.

Playtesting, for a start. It’s also a big project. Art for RPG books is always a thing. Fortunately, this is something I’m going to want to exist so I can run it, so that’s going to mean that even if it never gets made/polished and sold as a big project, this guide will still be useful as a reference point if I share development on this blog!