A while back I was asked on curioscat, a question that cooked down to am I problematic because I enjoy media that is problematic? To that, at the time, I said:

The simple answer is no.

If someone is financially exploitative, it deserves to be part of their reputation. If someone is a sex pest or worse, that deserves to be part of their reputation. But if people are problematic that’s a surprisingly soft word but also is treated as if what it really describes is really big. We even use it euphemistically – I had a problematic childhood, for example.

Setting aside that, though, media – and our experience of it – is a way to understand and examine ourselves. There’s a take in big form capital M media studies that’s sometimes called the Media Effects Model, where the idea is that say, media depicting everyone drinking out of blue cups leads to people buying blue cups. This is kind of your introductory theoretical model and it usually is brought up to show how it doesn’t work, or if it does work, it’s in a really messy, sloppy way – human responses are confusing and complicated. I’ve talked before about the Dulux dog and Pepsi’s model in the past.

Our responses to media can be in many cases responses to deeply confused, functionally obfuscated past stimuli. There’s this vision of how humans work – often, comically, presented by media – as sort of being a laundry list of ingredients. You know, a person grew up in this space, they lived near a forest and a river, and so they grew up to have a pine tree air freshener in their car and they work for a company called Riverworks that sells, I dunno, paper. The nature of media in storytelling is, yes, I know somewhat circularly, to give us ways to tell stories that we use to usefully explain elements of our experience and our identity. Media likes to represent media as super important but also super obvious. If you want an example, check out any serial killer story ever, where serial killers are presented as like, this complex cryptic crossword puzzle just waiting for someone to work them out, while real serial killers are often as close to random repeated crimes of opportunity as makes no difference. 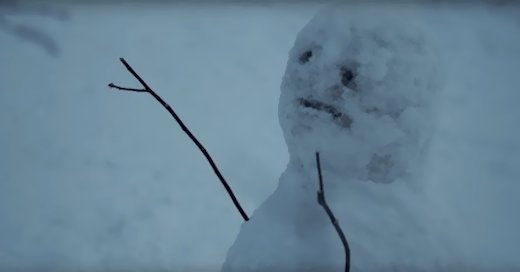 The point is, you don’t even necessarily know why you respond to the things you do. You’re going to spend your whole life wondering if you love race car movies because your dad loved them or if the fantasy of racing is like your dreams of falling off high buildings or whatever. It’s all functionally impossible to understand, because the process of growing as a human is not stacking lego pieces together, it’s much more like baking a cake. Whatever ingredients were there when you started, they’re all gone now and you can at best guess on how the cake got the way it tastes.

And here’s the other thing: It is 100% possible to partake in and enjoy a piece of media, and go WOW, that’s FUCKED UP, isn’t it, HA HA HA, WOW. We engage with media to look at the world of ourselves outside ourselves. Movies and TV and games are all things that let us put the things we think of and worry about outside ourselves. War movies are not war, in the same way that Hallmark movies are not relationships. The whole point of engaging with media is to be able to recognise the boundary between ourselves and the media we partake in (and how we can use that to practice feelings).

This can obviously be difficult to talk about.

I have a friend – I hope I’m not overstepping it – who cares about guns. She likes guns and she understands guns and guns are super interesting and technical machines and intricate and fascinating and really impressive because there’s a galaxy of things about guns that are built on assumptions and media. There’s discipline and there’s research and there’s a material skill and a technical craft – it’s great! And she can’t talk about it.

She can’t talk about it because all the spaces we talk about these are politically charged. Socially, being interested in guns means you are always going to be put into one of two camps, and there isn’t really a respectful, safe place for a queer girl to talk about guns that doesn’t result in her being made into a totem for people who hate her or would exploit her.

You’re not a bad person for enjoying media that you may think doesn’t align with your values. Even if the rest of the fans of that media suck. Even if you can’t talk about that media in public because there’s social pressure making demands of you how you talk about it.

No media will ever wholly align with your values. Stress less about what your media choices say about you but ask yourself what you can tell about you and how you respond to that work.  If you start to see people as problematic, and the result of the media they consume, you start to diminish their humanity and pursue propoganda.