It’s hard not to see trends in conversations about tabletop RPGs, and one enduring trend, for decades now, has been some form of The Paladin In Our Party Is Being A Butt, or its companion I’m Playing A Paladin And I Feel The Rest Of The Party Are Being Unreasonable.

I’m going to assume here I’m dealing with people who don’t need the basic idea of the Paladin explained to them. You probably don’t need a rundown on history that features Charlemagne and Roland and stuff. There is a sort of idea of Paladin-ness amongst players, but there doesn’t seem to be a single, easily-reached, agreed-upon example of what a Paladin is.

Paladins seem to almost be more of a D&D convention than an actual conceptual thing. A divinely empowered warrior, someone who’s turned the dial of ‘swords at people’ a little higher and the ‘casts spells’ a little lower, the Paladin is nonetheless a very D&D part of D&D. And they seem to be split, culturally, between two pretty hard binaries, one end of which is A bossy frictious dick, and the other is Inoffensively not that. Part and parcel of the idea of the Paladin is this sort of moral imperiousness. In 3.5 D&D it was pretty stringent – Paladins couldn’t associate with people who did certain things, which meant a Paladin in the party created a tension where the other players might be limited from certain actions.

Making this more complicated was the 3.5 D&D morality system that worked as a sort of omniscient snitch. In a narrative sense, there’s an interesting tension to a Paladin’s friend secretly doing things they know the Paladin won’t approve of, and the ways you keep that secret. When the moral fabric of the universe can shift you to an evil alignment for losing an argument, it simply dobs you in and you lose that potential complexity.

Now, I love Paladins. I love them since I first learned the word from Rakeesh.

Rakeesh is a Paladin from the Quest for Glory Games, games that were definitely informed by their designers’ D&D campaigns, or campaigns that derived from them. But he wasn’t a western sword-and-sorcery type, nor was his Paladin status informed by such. Rasha Rakeesh Sah Tarna was a man of African mythos, from an Egyptian culture. He may have used the word Paladin (which is kinda French) to describe himself, but he did not learn that way from anyone French or otherwise fancy. He learned it from within.

Rakeesh spoke of the Paladin as someone who conducted themself with honour, and whose moral framing was powerful enough to enact their will on the universe. They could heal wounds – both their own and others, light their sword aflame, damage dreadful foes and even cast some magic thanks to being a Paladin, and being a Paladin made the universe itself recognise your righteousness. 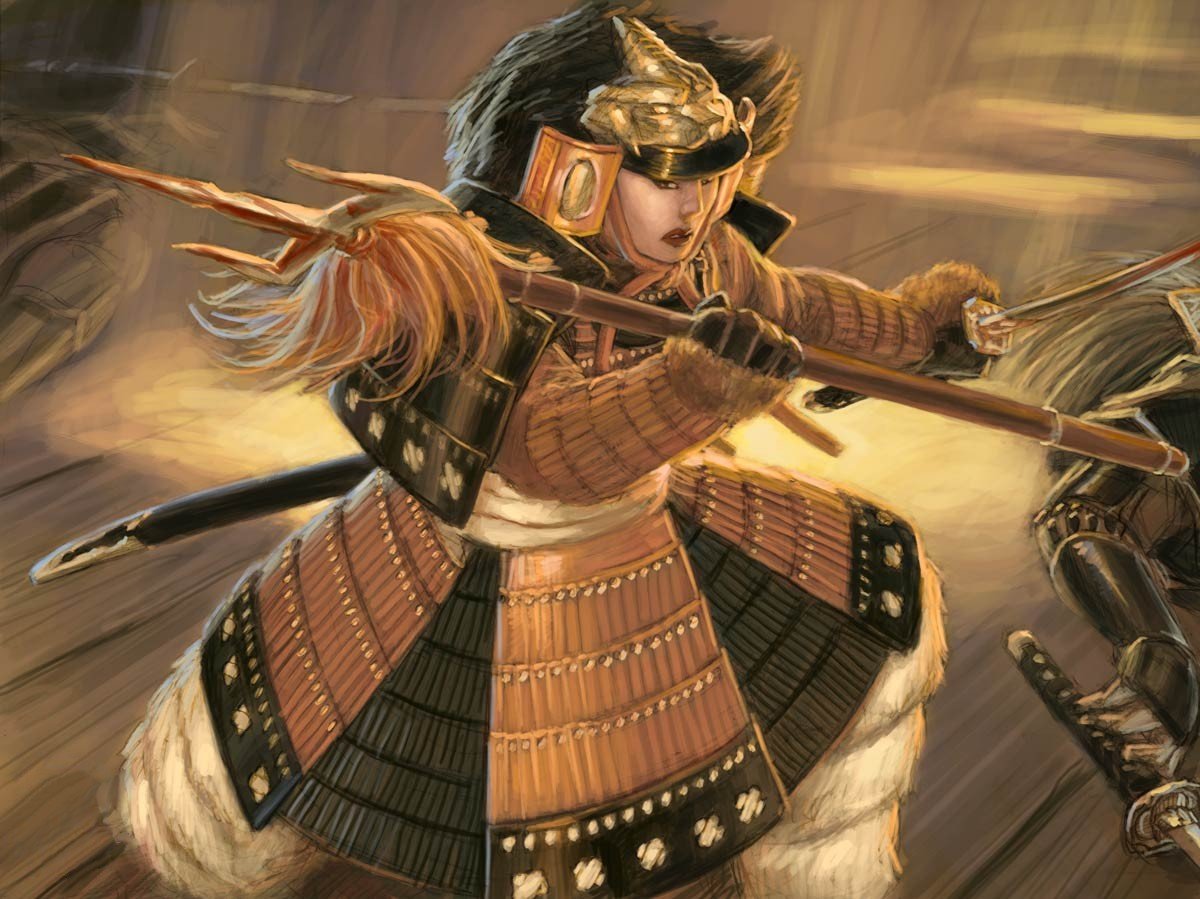 I also learned of the Paladin from Oriental Adventures. Which, yes. I know.

Oriental Adventures sought to write about the D&D system in the context of the Legend of the Five Rings setting, using the existing sets of clans and their families. The books said that if Paladins existed, they would be much more like the Akodo and Matsu family champions, individuals focused intensely on Honour as their strength. These families, when you look them up, are full of stories of people doing the right thing when it brought them low, holding to principle when it meant doing what they did not want to do, and also, expressing their values in the face of opposition with face-wrecking violence.

The principle these books outlaid for the Matsu, particularly, who are members of the Lion Clan

Which is the best clan, by the way,

Are the ones who describe the idea that honour is not imposed, given, or taken. It comes from within.

These two voices helped shape my conception of the Paladin in 3.5 D&D. The Paladin was not an expression of armour and rules – it was about an entity of principles, a warrior whose ideology informed their methodology. It’s really been bedrock to how I play my Paladins and why it never seemed to me to be interesting or worthwhile to treat the Paladin ruleset as if it was somehow a perfect template.

In 3rd Edition D&D, there were Chaotic Paladins (sometimes using the Holy Liberator prestige class, sometimes using the alternate path). There were evil ones and even Neutral ones – and sure, while Lawful Neutral paladins were boring, it was still able to present that shell of an idea; an ideology as expressed through a character. The alignment rules were so wobbly it wasn’t like being Lawful actually meant anything. Lawful was not the same thing as Law-Abiding. After all, ants are lawful – they behave in strict adherence to rules of their society. It makes sense that ants and ant-creatures are lawful. But do they know the rules of the city in which they live? Why would they follow them? Does not following those rules make you less lawful?

In the end, the Paladin doesn’t need to be the party Load or the party Conscience. They need, instead, to be a character for whom ideals and morality are much more tightly wound, fixed precepts of their worldview. A fighter may fight for money or love or rage or all three from day to day – but the Paladin always knows what they fight for.

The Paladin’s honour comes from within.