I didn’t see a Super Nintendo in someone’s house until I was an adult, and it was a collectable. Yet my cousin, and a few people I knew from around school had, or rented, a Sega platform.

In case this is literally your first experience here on the blog: Hi! I’m Australian. This is about my youth in Australia. But it’s also about how the assumptions we use when we talk about media often shows things about who we are as media consumers.

Nintendo dominated North America throughout the 80s and 90s, winning what was at the time considered ‘The Console Wars’ against their rival Sega. Then in the early 00s, there really wasn’t a Sega to oppose, as the Saturn followed by the Dreamcast failed and the company making them started to disassemble its manufacturing base, moving into full-time production of bad Sonic the Hedgehog spin-offs and sequels. Thing is, that narrative is how things were In America.

Here in Australia, Sega was the thing you got. Sega sold better in Europe, too, and distributed widely there. Part of what helped Sega do well was the video rental network they were connected to – this is an ad from almost every VHS I remembered watching, distributed from every Video EZY I checked. Renting a Master System or Mega Drive was surprisingly cheap if you could stump the bond (and I could not and never did). This is why it’s very common for Australians of this age to mispronounce ‘Sega’ – because the ads all pronounce it wrong too! 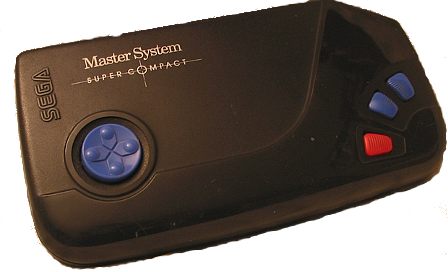 In Latin America, it’s even weirder. Sega made deals to manufacture Sega equipment in Brazil, and that means that for Brazilians, Master Systems were really cheap. What’s more, that deal didn’t limit itself to the production that Sega was doing – which means that Brazil’s been making Sega Master Systems since – well, since the 80s. As technology has moved on, with the same fundamental architecture, what’s happened is that the Master System (a really good console!) has been instead getting smaller and more convenient.

Mailing and distributing these units from Brazil is apparently ferociously expensive – Brazil’s tariffs on entertainment goods are, I’m told, eyewatering, and piracy in the country is rife on anything that can run Linux. Still, it’s this fascinating little story of a place where not only did Nintendo not win the console war, the company they thought they’d defeated has lived on beyond them.

Is this news to anyone? No, not really. Most Americans I know are aware of these things. But what’s fascinating is that there are a number of Americans who don’t – and they’re always surprised to learn that the history of trade and distribution of videogames just wasn’t universal.