Time to time I’ll go back and look at classic Real-Time Strategy games, like Gene Wars or Krush Kill N Destroy and I’ll walk away with the twofold message that those games are badly made, but also, which I don’t put out there on screen or anything, that I am really mediocre at playing them. Mediocre is overstating it, really, because when I play an RTS where I know the game is well-regarded and skill-tested, I am regularly overwhelmed.

There was a time, though, around 2010, when I wasn’t actively bad at playing RTSes. Or one RTS, really. One specific RTS – Starcraft 2.

And the reason I was playing the game and paying attention to it was because that was the year a friend of mine got into watching the GSL, the Global Starcraft League over on gom.TV, during Wings of Liberty, the first era of Starcraft 2. I liked playing the game, I liked using things I saw in the coverage when I played the game, and I liked the Zerg. If I wanted to learn tricks that were useful for playing Zerg on my own time, then, I had to follow a Zerg player at the top level coverage.

That meant I was following NesTea. 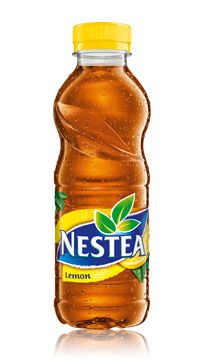 NesTea – government name Lim Jae-duk –  is a South Korean Starcraft 2 player who played top-level play for two years in his late 20s, when the game was a game for younger men (and… yeah, it was pretty much just men, which is sad). He had a long history coaching in Brood War, and he qualified, then played, in Starcraft 2‘s ‘global’ league. Bear in mind, it gets called global, but it means South Korea. When I was watching, there was one player from outside of South Korea, and he was Naniwa, so fuck Naniwa.

This league was split into two blocks for the broadcast; there was Code A, which was ‘top tier players,’ and Code S, the ‘tier above the top tier players.’ Code A had some great players in it, but the prize for winning Code A was always ‘maybe getting into Code S next season.’

There are three stories about NesTea that I remember from my time following this sport.

First was that during a time of Terran dominance, NesTea was playing strategies that involved units I liked. There were times he’d take to the skies with big clouds of angry, flapping Mutalisks that wheeled around and blew up roaming squads of marines on the map. Early pressure zerg-rush strategies weren’t interesting to me, and NesTea was much more likely to wield an army of squat, tough Roaches backed up with sprawly banelings to oppose enemy ground armies. Sometimes he’d move into a position to burrow just as burrow finished – just you know, stuff that other players weren’t bothering to do.

Also, when NesTea lost, it was against players who were usually on their way to win the whole event. Like, MVP – one of the greatest players in Starcraft 2 history – was able to consistently beat NesTea, but not always. Beating NesTea was rarely easy.

NesTea also held the longest single streak in the league – not only did he win two Code S seasons in a row, he won nineteen games in a row. He won one season by just never losing a single game.

The thing I’ll always remember, though, is when NesTea was in the finals of Code S for the third time, up against his own teammate Losira. Big event, and I watched it live – which meant that there was no cutting out the segments between games. The spaces between games filled with numbers from bands, from interviews and retrospectives of the season, and the thing that sticks in my mind, an interview with LosirA’s mother.

It was a typical interview of the type you expect. Like, hey hi, how are you feeling, are you enjoying watching your son play, you know, all the standard stuff. Then as they wrapped the interview up, the interviewer – who to my memory was Nick ‘Tasteless’ Plott – he asked her ‘and who do you think’s going to win.’

Bear in mind at this point, in a best of five, her son had just lost two matches against NesTea.

And she nodded and smiled, and the translator supplied what she said, as ‘Well, I hope LosirA has fun but I think NesTea will win.’

Cut to the caster’s reaction of stunned surprise.

The wild thing is that NesTea, by playing Zerg, managed to present the impression of being an underdog, even as his winnings – in very real, very hard matches – indicated that he was not. The Zerg were – generally – regarded as a weaker faction in the game. Analysts could point to the success of the Terran faction in Code S and on the ladder to suggest that even if there wasn’t a serious problem, that there was definitely a bias towards the Terrans. It was even a thing we joked about watching the coverage – when Protoss and Zerg fought, we acted like we were seeing an exotic lost species of civet in the woods.

How much of an underdog can you really be, though, when you’re holding records for being that good? Nestea won almost two hundred thousand USD playing in monthly tournaments over the course of two years, he won the event multiple times, he placed in other times – and then one day he wasn’t.

This isn’t meant to be an account of the rise and fall of NesTea! He played, he was really good, and a few months after I stopped paying attention, he stopped playing any place I was paying attention. I got into competitive Starcraft 2 for about a year and moved on.

That’s normal, you know. You don’t have to dedicate your life to a sport to care about it, and there’s nothing wrong with having your tastes mosey back and forth. Whether it’s tuning in for a Grand Final or playing the new WoW expansion when it’s new, it’s typical to have interests that waver this way and that. If you do or don’t do that, it’s not a problem.