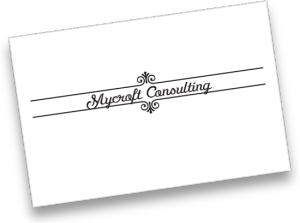 The process of day turning to night was a question of when meals were ordered from Ms Mycroft’s room to interrupt the schedule. The stew was kept, the kitchen was warm, but the steps that led up to Ms Mycroft’s study – where she normally stayed until eleven o’clock or later – seemed particularly cold under Tally’s besocked feet. As they put their hand on the door, eyes closed, they paused for just a moment to gather their wits. They had the tablet. They had their study. They were sure they had an answer… or they felt that Ms Mycroft might give away the answer, if they got close.

And then the door seemed to speak, as only a few inches away, like she was whispering through the keyhole, Ms Mycroft’s honey-thick voice poured: “Solved it yet?”

Tally leapt back, heart in their throat, holding their tablet to their chest. The door opened with a soft catch sound, and the woman at the centre of Tally’s frustration stood, her hand on the doorknob, looming over Tally. Most people loomed over Tally. No, wait – most people were taller than Tally. Even Jude didn’t loom. Jude towered. Ms Mycroft loomed.

Her eyebrow flickered, and she twisted her lips into a small smile. “Come in.”

Tally moved behind her, feeling like they had to be careful to not stand in her shadow. She moved around the desk and sorted aside some paperwork, while she murmured, “It was not a particularly difficult puzzle, after all…”

Tally settled into the smaller seat, which was perched in front of the main desk like a student’s chair before a principal. “Was this just like… an object lesson?”

“It was a kind of lesson.” Ms Mycroft murmured, taking her seat and lifting a teacup to her lips. It steamed – Jude had clearly been here only a few moments before.

She sipped her tea; held the cup by her lips, enjoying the aroma, clearly thinking.

“You and I are destined for a number of these little clashes, I fear.”

“I wouldn’t think so, Ms Mycroft.”

One red-painted fingernail waved through the air by the cup. “I don’t like computers. I don’t like the fact that now I live in a world where what I do looks like a trick.”

Ms Mycroft sat back in her fine leather seat with a sigh and a groan. “Some of it…” she began – and momentarily, Tally felt like they stood in the presence of a conjuror, someone who would share the greatest of secrest… “Some of it – the resistance, I mean – is, I imagine, sexism. I don’t imagine you’re unaware of that, either, considering. But when I walk in a room, and observe a dozen details that everyone else misses, when I put it together, when, without any violation of privacy, I reach into a person’s expression and pull out their social security number, I am asked… what’s the trick?”

Tally squirmed slightly at the mention of privacy. “I don’t… I mean, it isn’t a trick?” They repeated.

“Is it?” She shrugged, sighing, waving one hand dismissively. “I observe the world, I take in details, I eliminate impossibilities, and then I deduce from the common pool of information the best fit interpretation of the data. Data, data I like. I like cameras and tablets and card readers, those are fine… Sometimes I wonder if I was a gay man they’d have a special word for me.” An exasperated sigh. “When Jude power-lifts someone and slams them through a table fit to break ribs, they don’t ask him what trick he did to do it.”

“No, hacking is a skill, and it’s a skill that resembles what I can do with my mind and my eyes. And that’s why I’m sitting here, in front of you… wanting to know what you could reduce. With your …heroic attitudes.”

Tally looked down, away from the woman, down to the tablet. They drew a long breath, and flicked to the first name, the first face and its notes. “The picture Sparrow took only had three people in it.”

“… I forgot to count Sparrow.”

“Good. It’s good to remember and correct.” She shook her head slightly, long golden hair tumbling over oner shoulder. “You won’t be right, the first time. You have to find the first mistake fast. It makes it easier to throw out the other interpretations that aren’t right.”

“So… first up there’s Shannon.”

“She’s on the employee of the month board, with her full name, which shows up on a search. She’s really publically active in the city’s theatre groups…” Tally mused, turning the tablet, “But she’s always wearing different outfits. Lots of regular shifts, and she changes her phone three times in two years.”

“And does that mean she isn’t the thief?”

Tally nodded quietly, and swiped the tablet. “There’s one worker, named Kristen. She’s… underemployed, really. A reverse-image search found her facebook, where she’s been seeing a lot of people going on trips. Her usage habits coincide with just before and just after work, suggesting she doesn’t have access at home… and she primarily accesses it from a phone. Her rental record’s public and really spotty. Usually a day or two behind, so I’m guessing…”

“… Because if she needed money that badly she’d have been stealing longer. She’s had these problems as long as she’s worked at the restaurant.”

“Interesting. You don’t imagine she might hit a breaking point?”

“And then there’s the guy with the mop…”

“Who I wasn’t able to find many things about,” Tally said, slow-rolling it…

“What – wait, no. I – what medical problems?” Tally blinked, confused.

“In the picture Sparrow showed me, the man’s eyes were clearly visible, yellow around the cornea, red veins visible. Hands show some signs of clubbing, which suggest that he’s some circulatory condition. Possibly, diabetes or liver failure. Not conditions you can manage easily at length without some medical insurance or income.”

“… So he’s less likely to steal, because he’d lose what he had if he was caught.”

“It does amplify the risk, somewhat.”

Tally sat back, sighing down at the tablet. “Is it Sparrow? Is that who you meant?”

“Oh, I don’t imagine Sparrow’s stolen anything but maybe Jude’s heart, or something like that.” Ms Mycroft shook her head, as she stood up, taking her tea-cup in her hand. “No, the thief is reflected in the window.”

Tally leant in, peering at the picture, trying to see something around the shape of the arched branding, trying to see anything that conveyed to them the identity of a person.

“… Every single person you mentioned is, I am sure, subject to wage theft.”

“That was what I wanted you to find, yes.”

“Do I know that a particular fast food chain, in a particular space, are unscrupulous scum who abuse their employees? It is not exactly an unsafe bet.”

A long moment passed. “Is this what you want us doing? Going around… looking at like, your random corporate interests and annoying people?”

“Goodness no.” Ms Mycroft sat back. “Ostensibly, I’d like to use you all to do something… interesting.”

“Interesting how, though?” Tally asked, leaning forwards, holding the edges of their tablet. “I don’t… I don’t see how it’s interesting to send me all day to do something like this…”

“Did I? Eris and Sparrow have been working today. Jude is never not working. This was… very much your project. And you did show you can do your job quite well without any degree of hacking involved. It was a tiny request, of a tiny consultancy.”

Tally bit their lower lip. “… You know, little things can mean a lot, though. Even lone murders or missing things or hurt people. Just finding some justice for things that happened, so people have a story to tell.”

“Oh?” Ms Mycroft stepped towards the door. “I don’t believe you. But maybe you can convince me, on the way down to the kitchen.”