Well, there have been stannings in bandard again, and with it comes a new round of discourse. Discourse means arguments, arguments mean redditors mouthing off, and since I don’t like getting into arguments on reddit, I thought, hey, why don’t I have that beef here, on my blog, where nobody has the right to response, because the last thing in the world I give a damn about is arguing with Redditors who don’t appreciate my expertise. 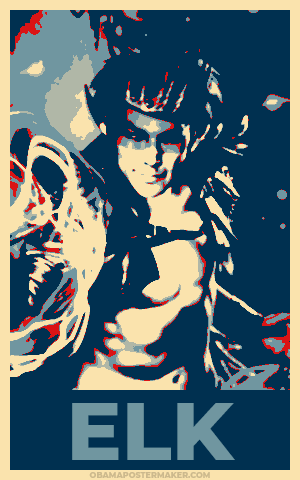 Okay, so what happened today: three cards were banned, which means that they join Field of the Dead creating an environment where four cards are banned, which is a bit more than normal. The three cards are Oko, Thief of Crowns, Once Upon a Time and Veil of Summer. Now, personally, I’m completely fine with seeing these cards go – but I wasn’t playing standard, because of these cards, and because I didn’t want to deal with ever seeing it when I went to play standard.

Now, historically speaking, Standard is a format that doesn’t tend to get bannings. There have been long periods, like, years at a time, when there weren’t any cards banned in standard. Cards like Umezawa’s Jitte weren’t banned in standard, despite the oppressive effect they had on decks at the time. Comparatively speaking, this is also a pretty fast one – Oko was legal for only a few months. It wasn’t one of the fastest bannings, but it sure was a big one.

What this mostly reminds me of is almost a mulligan on Darksteel’s bannings. Back in 2005, when the bannings came for standard’s beast, the Ravager Affinity deck, there were two sentiments Aaron Forsythe expressed: One, that merely banning Skullclamp and hoping that would fix things hadn’t been enough, and two, that they didn’t just do the bannings to fix the environment, but to make it very clear to anyone who saw it, that the deck they hated wasn’t just weaker, but it was dead. The turn of phrase Forsythe used has stuck with me; he referred to it as Slaying the Dragon.

Did Once Upon A Time need to go? Despite people pontificating about ‘linear play focus’ and ‘the london mulligan is the problem,’ there was probably still room to allow green decks the chance to push into their decks. If Once Upon A Time showed up in another broken deck, odds are good it wouldn’t be as oppressive as Oko, after all, and it could get gone in the next round. Same with Veil of Summer; it was a great tool for stopping blue and black decks that wanted to try and interrupt a green deck. If there was no powerful green deck, or blue and black decks weren’t liable to use tools that Veil of Summer stopped, hypothetically, Veil would rotate out. It wasn’t as important to protect an Oko and all.

But instead, all three of them went, and then some folk wanted to complain about Nissa, Who Shakes The World, suggesting that to some folk, this dragon wasn’t dead enough, and there’s a noisome voice that this problem is linked to how overpowered green is. Also, there’s people talking about how ‘bannings in standard twice in a year is a sign of a broken game,’ or ‘play design need to be fired.’ I don’t countenance these much, and I’m not all that bothered by these bannings and any potential impact they may have compared to older formats.

Information has sped up. Right now, there are more people playing Magic in more interconnected ways in more tournaments than ever. Formats are going to get solved more aggressively than they used to. Tech gets discovered and tested and it’s less a question of if someone sees an interaction in the game space as when someone deduces the best way to deal with it. It’s a sad space for the rogue builder, but broadly speaking it feels to me like Magic has transcended the time and space when you could surprise the game at large even if you could outfox one day’s opponents.

This also means Wizards have access to a lot more information to make judgments. Felidar Guardian got nixed after seeing its tournament presence, for example, rather than having to try and make a called shot on something that could be fun and unimpressive or could be oppressive for three months.

Release speed have sped up. Wizards used to print more cards back in the day per year (sets were bigger), but those sets were packed full of lots of cards that you would not remember nor care about. Not even casual players are running around eager to buy up Spitting Gournas. Lots of formats were full of filler cards. Sets have gotten smaller, but they’ve also gotten more cards worth playing, across all rarities (see people complaining about commons being under-represented in tournament decks here, no I don’t care, shut up and go away).

This means there’s more chance that a single card released is going to be a problem, and that problem is just going to kinda… hang around more if wizards expect us to fix it ourselves (as above).

Wizards have more tools for fixing things. This is the big one. There have been times when standard has been sicker, but sick in a variety of different ways. Onslaught  through Kamigawa mirrodin was not a fun standard to get involved in because there were four or five decks that you simply didn’t have a prayer against with anything but one of the other four or five. There was variety, but the play experience was full of fewer decisions and there was a lot more of the game contingent on whether you or they got their busted cards. Tooth and Nail and Affinity were two decks, but they were both kinda ignoring you, even if there was no single card that overwhelmed standard.

But now, Wizards are in a position to make regular changes and updates to standard to try and address things, and as they showed today, they slew a dragon. Maybe standard can be cool now – I don’t know. I’m hoping so, but we’ll have to find out.

Once upon a time, Jamie Wakefield pointed out that by not banning Masticore, Wizards effectively banned every card that wasn’t as good as Masticore; that Flametongue Kavu being as good and ubiquitous as it was made every other 4-toughness creature not worth playing, because answers to it were too efficient. People rent their clothes about the Ravenous Chupacabra, but lo and behold, that wasn’t the thing that ruined standard.

One final point is that all the people complaining about ‘overpowered green’ seem to have neatly forgotten that Oko and Hydroid Krasis aren’t just green cards. I did see the hot take that because the Krasis was expensive, it was effectively a ‘mono green card.’ I’d like to call that person out and say: you’re a ninny.

In general, while people are crying doom and gloom and insulting – literally – Wizards R&D for making the best decisions they can to address the best decisions they were able to make earlier, and where we have old men who like Ancestral Recall hollering at clouds because Planeswalkers ruin magic, I’m just happy to see that the format was addressed, and they’re talking about ways to make these announcements and responses more fluid.

Thumbs up, here’s hoping the next round of standard is a fun one.