You know, it’s pretty rare to be able to mention tabletop games these days that overlap well with my expertise. The history of D&D and queer themes are kinda mutedly embarrassing, videogames so commonly fuck it up, and even in the wild west of board and card games, most high-production value games are struggling with the idea of including women.

In that context it can be downright surprising to look at how Magic: The Gathering, a big budget high production value game that dedicated time and resources on its primary, important platform, to promote and spotlight an important and meaningful trans character and then didn’t colossally heck that character up. 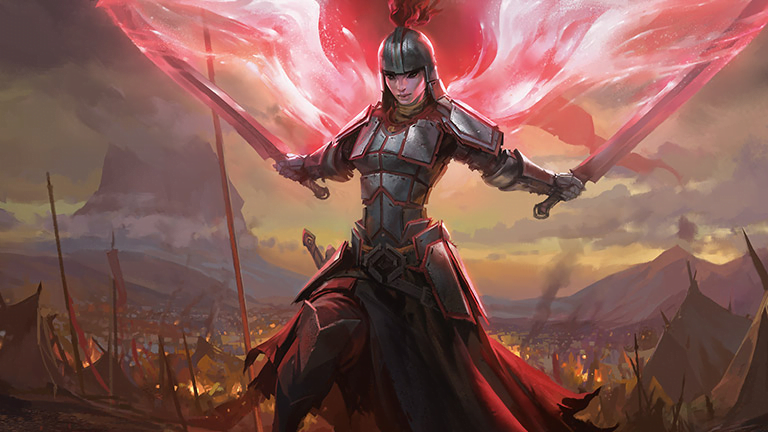 In 2015, to go with the release of the set Fate Reforged, Wizards released a story called The Truth Of Names, by James Wyatt. Completely unironically, I think this is a great story, it’s tight, it’s short, it does world building, you don’t need to know what a Mardu is, but it communicates what they are. It focuses on our protagonist of this story, Alesha, a trans woman warrior who is also the kind of person who can shank a dragon.

Not only did she get a story spotlight-  which is more than most characters get – Alesha also got a card, and that card was also what we call ‘pushed’ – the card is meant to be a good card, it’s not a filler or placeholder or designed to do something weird, it’s a card that’s really strong at its particular job. She was available in a precon, she’s been reprinted five times, and she’s great in the most popular constructed format of Magic. About the only level above this for a character in Magic is to make a headline character, a permanent fixture in the long-term story, and while that would be great, and there’s no reason they shouldn’t be doing something in that space, let’s just say that since the Truth Of Names got printed, there’s been some creative and storytelling problems.

Now, she’s not actually what I’m talking about here, though, but I am using her to make sure the twitter thumbnail for this article is all cunning and misleady. Gotcha! 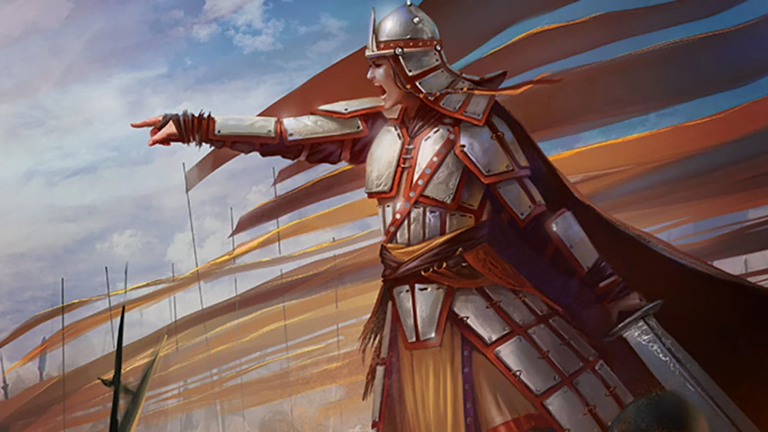 The line is that Alesha is the first major trans character in Magic: The Gathering lore, and that’s true if you go by mere things like ‘authorial intent’ and ‘the things that are actually deliberately said and done.’ But did you know that nine years earlier, in the first Ravnica block, a German translation error accidentally created a trans character?

Magic is a game that’s written in English. This is even to the comprehensive rules – the rules refer to English language versions and phrasings of cards, because there are sometimes weird things that other languages do on the way to expressing ideas as we see them in English. Then, cards are translated into other countries, once their names and art and all that are finalised.

That is to say, we have a card that says, through the title it gives her, Teysa (A dude) and then Tesya (Not a dude). 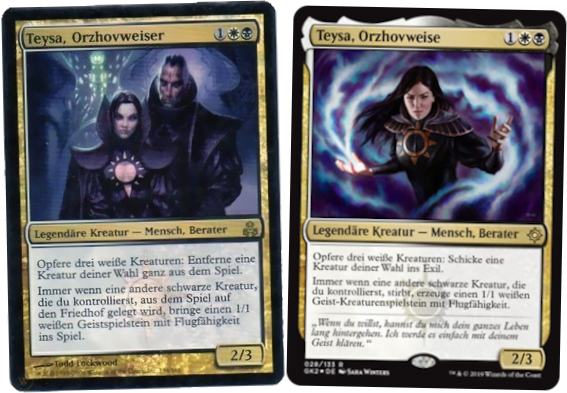 Kelly Digges once said that ‘every mistake is a unique and beautiful snowflake,‘ so there’s not any particular pattern for how this happened. Typically speaking, my expectation and assumption is that the people doing the translation work weren’t given enough time or enough money. Which is a pretty reasonable guess because, in my experience, Magic’s story and narrative management crew have never been given enough time and money. That may be because of a project of Magic’s scale there may be literally nowhere that can support the time and money that the story deserves.

There is a little passive misogyny at work, though; you look at this card, depicting two characters, one obviously masc, one obviously femme, one of them being a legendary character with a job, and that job is itself masc-coded (at least if I understand the German commentators talking about class naming) and you assume the card is about the dude. It’s a recurrent thing. Language that heavily genders does result in people assuming and imposing gendered expectations on the things they address with that language. In this case, though, I don’t want to act like The Germanness is how this mistake happened.

In media studies we talk about the idea of media surrounding media. This isn’t really text to Teysa’s story, and it does not even vaguely matter at all, and honestly, I’d rather Wizards not bother talking about Teysa’s cis or trans status. What it is, though, is paratextual; just like cosplay or fanfiction, this is an instance where Teysa being trans (and that being largely unremarkable to her setting) is something that matters, it is created in the space between definitely text and definitely not text.

And pay your writers more.