Magic has done a few different sets that try for horror.

It’s been there since the beginning of course, with things like Zombies and Zombie Masters back in Alpha, and even the supposedly-horror themed The Dark.

I started playing Magic in Scourge, the last set with the old frames, which means for me, the game is split into a period I think of as ‘the history I played’ and a sort of prehistory. The story of Gerrard was this thing that at first I ‘had to read’ to get the glory days of Magic’s history, and I found I didn’t actually like it, or that entire historical period. The more you go back and look at that period, the more I come around to finding all these characters deeply unredeemable, what with

The eugenics done by our genocidal hero, Urza.

Anyway, back in 7th edition, there was this uncommon card, that I saw on a few tables, and has been reprinted since with this beautiful flavour text. 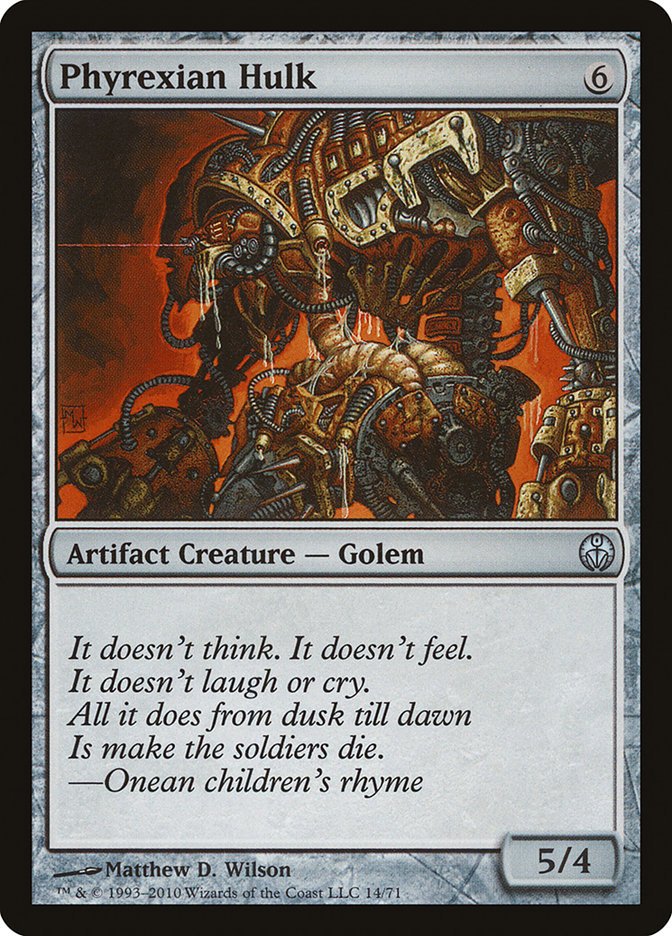 Phyrexians are a pretty solid horror villain. They’re implacable, for a start. They’re also very much an infection, something that corrupts and transforms what already exists, turning what you are into what they need you to be. Your agency and identity matters much less to the Phyresis than the raw materials that make you up, and the only thing that Phyrexians need you to be is Phyrexian.

The Phyrexians are a sort of psychological cancer, a mental compliance, one part plague, one partt cult, and mechanically, they’ve represented this with a host of different tools; first, just interacting with them is painful, and there’s so often a neverending cycle of the death-undeath-redeath that the Phyrexians dwell under.

The Phyrexians have had a few mechanics they’ve used, but it wasn’t until Mirrodin Besieged that they really got a mechanic that people associate with them directly now – infect. And oh boy, do people hate infect. There’s a lot of villainous agents in Phyrexia, too. With the ending of the New Phyrexian plot, you do wind up seeing the conflict between those villainous agents as they smash against one another. 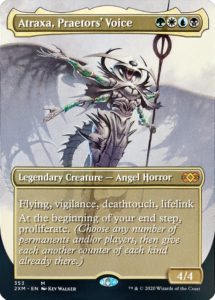 There’s other attempts, too, of course. Innistrad is the Horror setting, after all, and we’ve been given a bunch of classic stuff in that space. Innistrad definitely plays it in a high-volume way, though. It hits pretty much every note it can, robot wolves and werewolves and ghost stories and jars of eyes and vampire consumption at you all at once. There’s a lot of good thematic structure here – you can note the way that the humans are fundamentally the prey for everyone else in the setting, for example. It still isn’t actually particularly oppressive or intimidating, though, because at the root of it all, all these monsters are very human and there’s just so much of it that it’s hard for any of it to build tension.

The first Innistrad sets are great, mind you, but it’s hard for them to really feel horrifying. 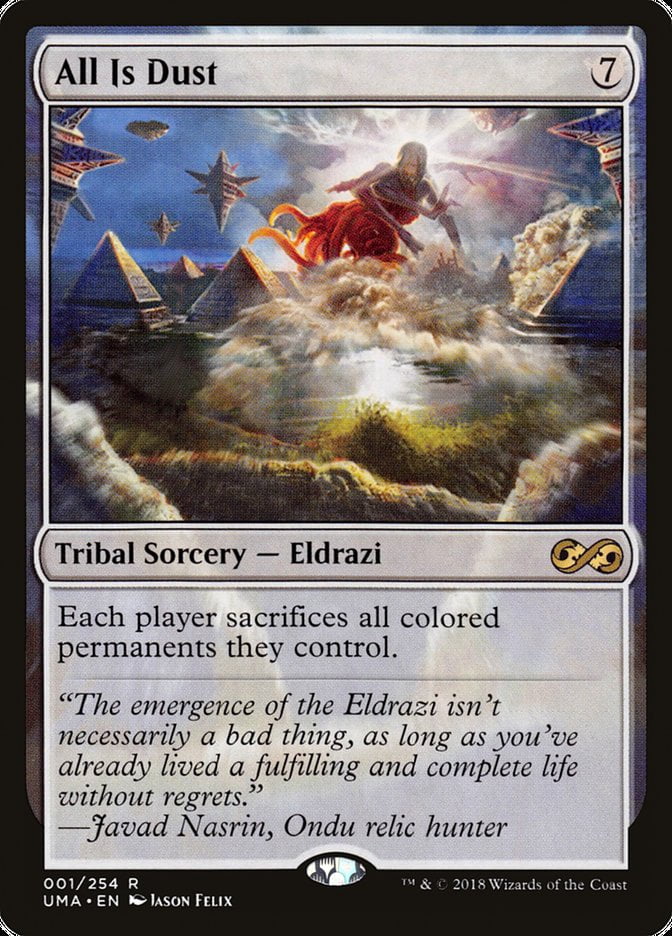 Rise of the Eldrazi tried to introduce a sudden, apocalyptic horror to the universe; where a world that you were fond of was suddenly torn into by something so vast and incomprehensible you had no option but to run from them. The Eldrazi in Rise of the Eldrazi were these immense, colourless, and extremely cumbersome awful things, dreadful and plodding and enormous, creatures of such strange, resonating terror that they warped the world while they weren’t even really in it. The Eldrazi, certainly in their first appearance, were like a natural disaster or a astronomical phenomenon, a comet strike, a terrible thing that happened… and you just could hang on.

It was an interesting attempt, and I think that there were places and ways it did work. Annihilator is a terrible mechanic to play with, and shouldn’t have been brought back, but in its time and place, it was actually very solid for representing the way that they ruined the world just by passing through it. 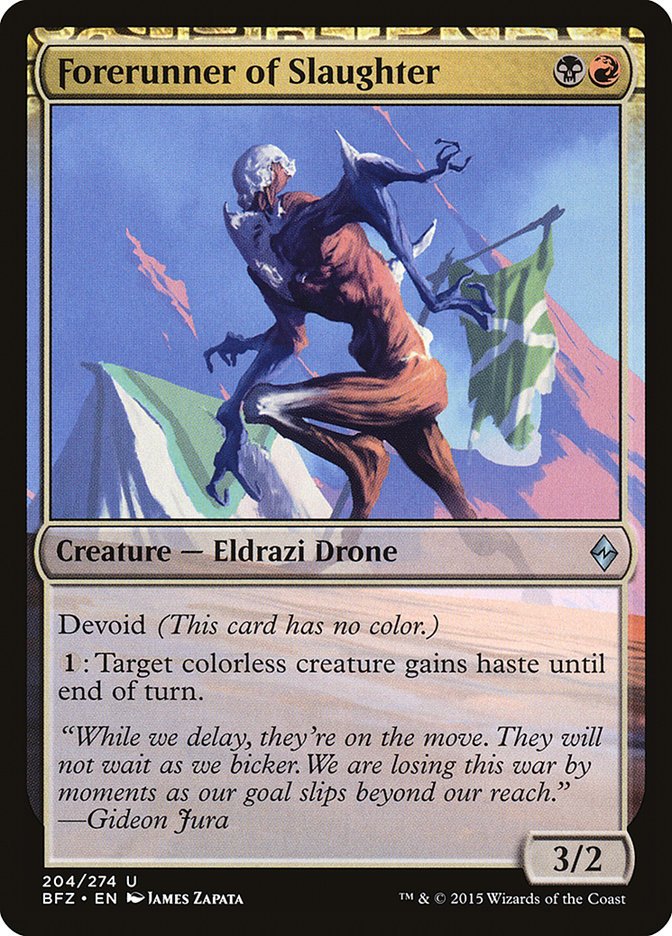 Then they returned to the Eldrazi and somehow, completely smothered all the things about them that made them interesting and horrifying.

I get it. Honestly, most of the cards in Oath of The Gatewatch that represent Eldrazi are really good cards for representing the kind of thing they are, strange and alien things that care about colourlessness, and can be cast with the mana system as it already exists. But the Eldrazi we saw were so somehow much less horrifying, because they were just another limited collection of dorks. They weren’t vast and terrible and unkillable – they were just, well, the latest collection of meh critters.

Personally, in hindsight, I’d have done something with a corruption mechanic – very few Eldrazi, but a lot of cards and creatures that change in purpose and effect when you do control an Eldrazi. That way you get the reality-warping effect of the Eldrazi without necessarily filling your limited environment with 2/1s for 2U and the like. 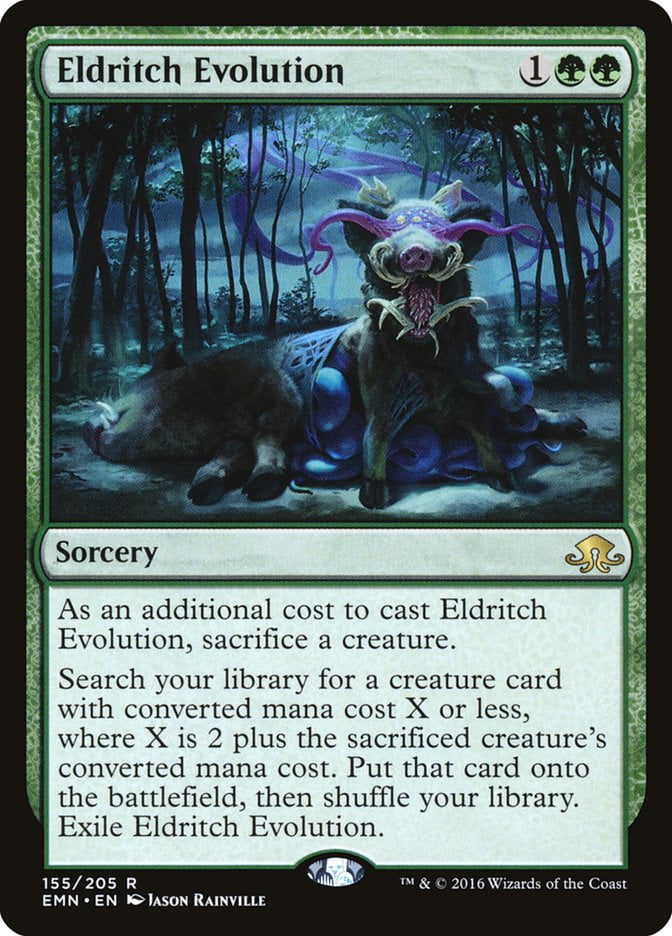 They eventually took these two tastes and jammed them together, and I liked Eldritch moon. Part of why I liked it was that the Eldrazi themselves were used sparingly, but the Eldrazi nonetheless had a rippling, corrupt influence all over the place. Emerge and transform even gave them an avenue to have extremely expensive, large Eldrazi creatures, and tie them to the setting’s existing, Cthulhu-esque horrors, with the sea monsters and deep sea crabs. Really good stuff here. 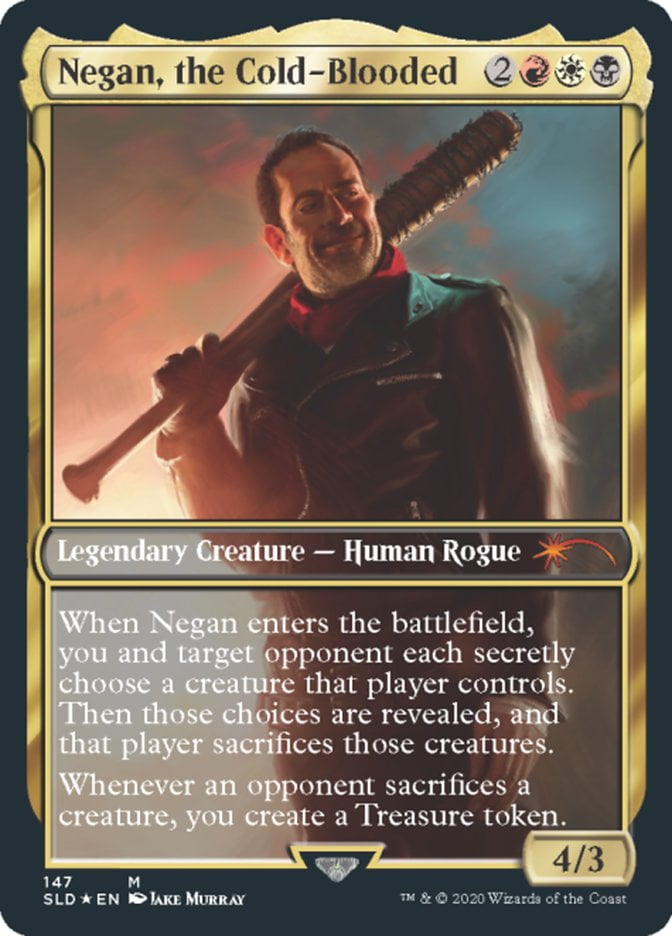 In the end, though, cosmic horror is about recognising the indifference of the universe, of those moments of having to confront the reality of our insignificance in the face of dreadful things that are going to inevitably ruin our world regardless of what we feel or how important it is to us to live on anyway. The real cosmic horror of Magic: The Gathering is the capitalism that churns along regardless, ever onwards.