WOTC Employees: This article includes unsolicited game designs. Here’s an owl so it doesn’t show up on the twitter preview. 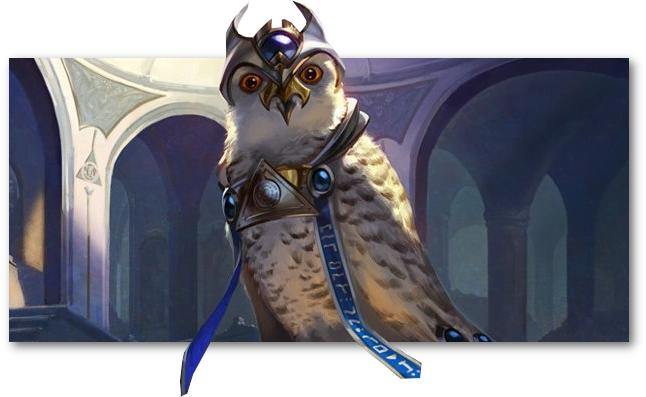 This should be quick.

There’s other kinds of bad amateur design. One constant issue I see is the way amateur designers keep putting free information cards out there, things like making your opponents play with their hands revealed, or let you look at the top card of your library very cheaply. Another problem is fake split cards, where you design a card that’s trying to be two different cards at once, and maybe I’ll go into those and why they’re a design. But this time I’d like to talk about an area of design space that amateurs keep going to, and keep ignoring why they shouldn’t. 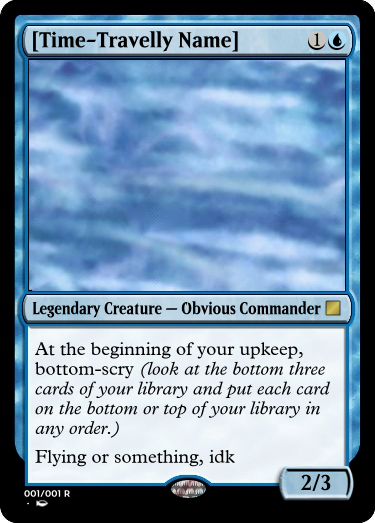 In City Talk – and numerous other places, but that one article is the nearest one to memory – Mark Rosewater offers this description of why you put things on the bottom of your library in a random order:

The rest of the cards go on the bottom of the library in a random order instead of a chosen order because our rule is to make it random whenever there’s a chance that you’ll be putting three or more cards there. The thought behind this rule is that we don’t want players spending time making decisions that won’t ever matter in the vast majority of games.

Leave the bottom of the library alone. It’s hard to interact with for a reason.