When making my Kamigawa remake, I used the term blockness to describe the way that a single card related to the time and place it was printed. The idea, as much as I described it, is that you can consider a card in terms of how much it belongs to the specific block and environment into which it was printed; that is, for some cards there just aren’t that many opportunities something like that card can be printed.

Now, sometimes it’s the flavour of the card, but usually blockness is tied to mechanics. You can always just re-flavour a card with different art, name, and creature types, like we saw in the the beautifully basic Kami of Ancient Law. In Kamigawa block, the Kami of Ancient law’s spirit creature type meant it interacted with other creatures and spells in the set. When Ronom Unicorn was printed slightly over a year later, it had no particular impact, and then when Keening Apparition was printed, another six years later, there was no particular relationship between the card and its environment. Wizards actually has their own take on this idea – sometimes you’ll hear a card referred to as Core-Set Ready. Core-Set ready cards are cards that can be put into a core set, sets made up of less complex cards that are designed to be approachable.

The fact is most cards don’t get reprinted – just sheer numbers work against it – and most mechanics are shallow enough that there’s only a small number of cards they can be used to make. Some set mechanics really aren’t going to have much chance to ever be seen again, so when it comes to some keyword mechanics like Mentor or Exploit or Living Weapon, the best cards of that mechanic are really the best cards we’re likely to ever see. It’s kind of a bummer, because you see a lot of those cards 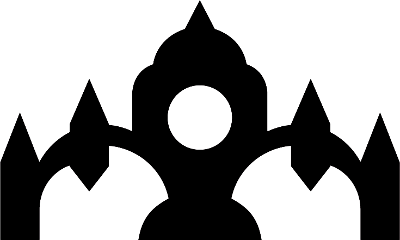 When I first discussed this, I complained that the (then recent) Guilds of Ravnica mechanic for the Golgari guild was extremely lacking in blockness – that of those cards, literally all of them could be printed in basically any given set; the ability word of Undergrowth was so generic and so flexible it could have been printed anywhere. I didn’t think so little of the other mechanics in the set, mind you, and I have no idea how well these mechanics play with one another in limited.

Ravnica is a weird place. It’s weird because it’s a place that wants, as much as possible, to have continuity between three blocks and more, and hypothetically to make cards that at least supposedly can work with one another. There have been hits and misses on that front; Batallion cards and Mentor cards work just fine, and Batallion is one of those mechanics you can print without putting the keyword on it, meaning there’s a Batallion card in War Of The Spark. At the same time, lots of Golgari decks can get value out of a few Dredge cards, even if it’s just one-ofs like Dakmor Salvage.

I feel that it’s kind of hard for the Golgari to ever escape the fact that their first mechanic is mathematically one of the most powerful ever printed; of the fourteen dredge cards, about eleven of them have seen serious play. By comparison, Scavenge, the next Golgari mechanic, kinda doesn’t actually have any cards that are worth much of anything at all. Varolz, the Scar-Striped has his place in CEDH, but other than that, there’s not a single Scavenge card I have seen see play outside of oddball formats like Canlander. It wasn’t a mechanic exciting enough to see return, and it’s tied to the Golgari, and that meant there was a whole block of Golgari cards that don’t really matter much to a Golgari deck. Then we get Undergrowth, which doesn’t feel like it needed to be a keyword at all. 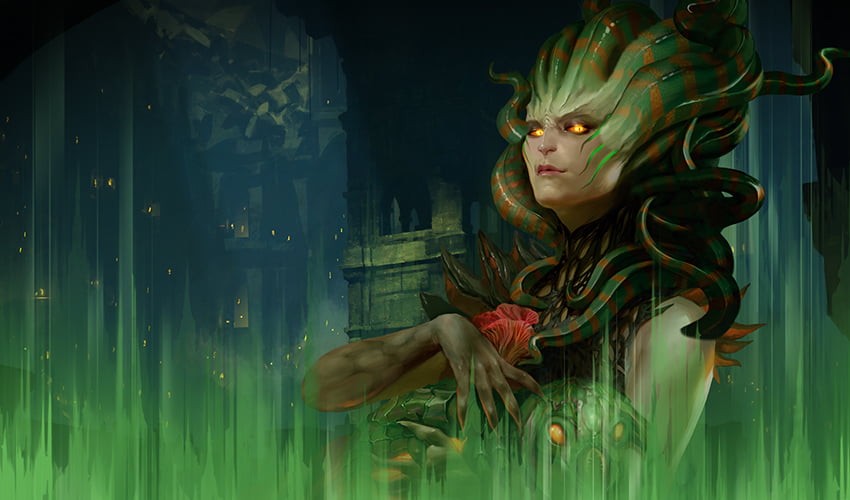 It’s a challenge I don’t imagine it’s fun to try and deal with. Particularly because Ravnica blocks are so tight on space, the limited environments are so bound around the challenges of synergy, of wending each set’s colour pairs so they draft well together, and making those mechanics fun and interesting without becoming a Lorwyn-style overcomplicated turbo-mess.

And the thing is, I kind of wonder if part of what’s going to haunt Ravnica, the plane, is its own success. It’s beloved, in flavour terms; it’s what finally seems to have broken the boundary between Dungeons & Dragons and Magic: The Gathering in a big way, and every Ravnica set seems to bring with it a lot of energy and hype, because it is one of the most popular settings for the game.

It is a setting where each mechanic demands high blockness, but low complexity; it wants cards that can only come from Ravnica, and it wants them to have mechanics that are not confusing and alienating.