I looked for some board games to talk about this month. One thing I was told a few times was there were games around, but they didn’t have ‘queer mechanics.’ This put me in bit of a quandrary, because I have no idea what that could mean. 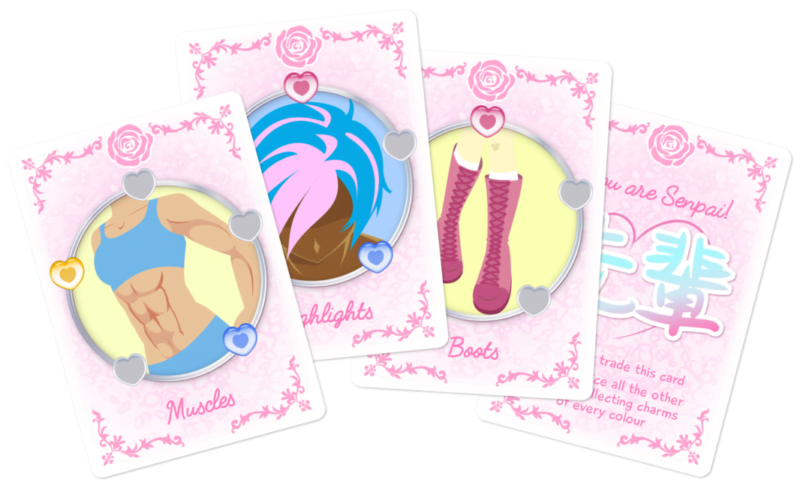 When thinking about queerness in tabletop games, there are a few problems with what that queerness means and how it can be represented. In games like Eldritch Horror, there are gay characters, but players don’t necessarily ever do anything mechanically that relates to that gayness. In Fog of Love, despite being entirely about relationships, there’s no inherent need for gender to come up with the way the game plays, meaning the game is about as queer as the players think to make it.

In Senpai Notice Me! the fundamental frame is a queer relationship, and the main play experience is about becoming the person Senpai notices, or being the kind of Senpai who can notice everyone. It’s also, regularly, played by boys who are not necessarily queer in any way, building cute outfits that show off the personal style of a character mostly represented to them by a random assortment of cards. 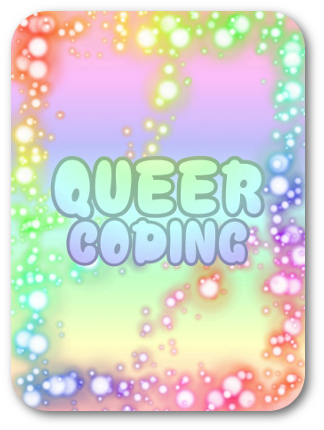 I also made, for GaymerXAus, the super-obviously queer game Queer Coding, which was a communication and con game. This game was not made to be super complex or intricate; I wanted to make a game that screamed queerness as loud as I could. It was a tiny project, too, made quickly and with only art assets I was able to make myself.

While both of these games are absolutely trying to be queer games, if you take away the themes and graphics chosen for them… they’re not. They’re just mechanics. There is nothing fundamentally more mechanically meaningful about arranging the letters of the word ‘queer’ than there is any other word with a repeated letter. Senpai Notice Me! could be about collecting weapons to slay a dragon, or just assembling the best gun collection to impress the real veteran, or an anime collection, or all sorts of things.

I think about this any time someone talks about a game ‘not having queer mechanics.’ That’s always kinda weird to me, because what does that even mean? My mechanics aren’t queer, but the games I make are games that reflect me, so it seems they’d likely have some queerness in them. What about Lesbian Chess, where the two queens can’t take one another because they’re dating?

In the end, I tend to give up on this conversation because there isn’t really a way to do ‘queer mechanics’ as much as there is a way to generate queer or unqueer fictions with your games.

Also, and this is a tiny but somewhat sour point: Playing games with queer fictions don’t magically make someone who is a jerk about queer people into a nice person. We can’t transform people with singular queer works. Maybe for some people, the media we create can be a catalyst, but you’re asking to make lightning in a bottle, there. It’s instead better, safer, and nicer, to make sure you create fictions where queer people (and all forms of marginalised people, but hey, one thing at a time in this post) don’t have to feel like they’re an afterthought.