Content Warning: I’m going to START at Hitler and we’re going downhill from there. Here’s a picture so the thumbnail’s not fucked up. Here’s an escape link. 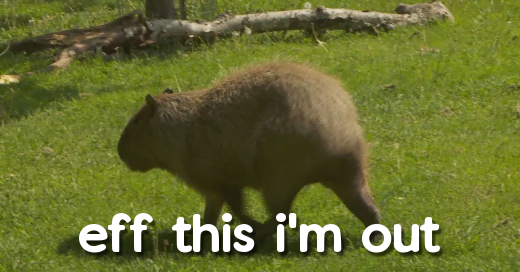 There’s this question, sometimes framed as a moral question about one’s fitness to lead about whether or not, when dealing with a time travelling situation, one would be willing to go back in time and kill Baby Hitler. The question is often brought up in relation to, for example, abortion, and sometimes executions.

It’s a weird hypothetical, and it tends to get sidestepped by people wanting to seize a higher moral ground by pointing out that the solution was not to remove Hitler, but to spend their time raising him to be a good artist and not a racist dictator. It’s a good twist on the question, and it shows a suggestion that you don’t believe a person is built to be bad from their starting point. It’s a very realistic seeming approach to the world, that abuse and experience can shape a person.

I’ve long since held the point that it wasn’t just that Hitler made Germany racist for a few years, but that Germany had a long, fomenting set of values and ideologies that led to the holocaust, values that are replicated in other societies suggesting that other countries are one or two steps away from repeating that sin against humanity. And when I said that, I was thinking about how Australia runs a death camp because we’re scared of brown people and cloth hats, not the genocidal deformation of US immigration policy.

Still, it’s an uncomfortable thought because when researching horror stories you inevitably get to talk and think about horror movie protagonists and that usually means some degree of research into real world serial killers and the horror stories that are decidedly not unreal.

There are two threads through American serial killers, a connecting arc between the stories that doesn’t show up all the time, but shows up consistently enough that you can’t escape it. The first is how common brutal misogyny is. Ed Kemper relates stories about how he hated his abusive and oppressive mother and expressed it by hurting other women, and Ed Gein’s mother was a comically evil puritan who encouraged her sons to hate women. It’s extremely common to find these dudes who had a consistent, dehumanised opinion of women, and the importance of women in society, which I only bring up because it’s congruent with another trend in the world, where violent crime can so commonly be preindicated by men who commit domestic abuse against their partners. That’s so far, so standard: cops that shoot black kids and school shooters and also serial killers tend to have the common thread that they’re awful boyfriends.

And I do say boyfriends, serial killers in the US are overwhelmingly male.

The other and far less pleasant thing to think about in my case, is how many of these serial killers also have, in their history, some detailed mention of questioning their own gender and sexuality. It makes sense. These are things they have to closet and attach shame to, which in turn metastatise with other problems and result in things like organised, repeated, serial murder.

What’s more, there’s something of a spotlight at work. The nature of the serial killer is that when they’re caught, their lives are pored over in detail, examined at length, and that means every diary entry or childhood conversation gets considered thoroughly, which means that some statements that may be more common than you think – “If I was a girl, I’d do X,” – get treated as a type of proof.

This is a dangerous idea space in which to be careless.

This is not a place for flippant jokes or hastily drawn extrapolations. It is not ‘queer people, when denied access to support, can become monsters,’ because the vast majority of them don’t, even those denied access to support. It’s this kind of thought that makes me recoil at Pennywise The Clown Says Trans Rights, because whatever comical meme you may be attaching to it, there’s an intersection of queerness with serial murder in the United States, even if it’s wrought between other systems, like the refusal of the police to work to protect marginalised people.

There have been a lot of serial killers who clearly struggled with queerness, and that queerness in my upbringing was used to indicate those people were monsters, linking queerness and evil. Not Malificent evil, not your ‘oo, I like Leouch’ evil, but like, Jeffrey Dahmer and John Wayne Gacy. The queerness in their stories is not usually played up… except in fundamentalist circles, where it’s treated as explicitly causal. You can see how Dahmer is brought up by fundie-friendly media as an example of ‘an atheist.’

I think about this because I know people from these oppressive environments. I know people who have the pain and the scars in their head. I know what the damage does and I know how they wield guilt and I know the way that expresses itself in some terrible behaviour that’s kept hidden and it teaches you to keep that hidden.

And one of the things that really horrifies me about these stories, really, deep down, is the fear in the pit of my heart that I could have been only a year or two away from going down a path that would have left me better at exploiting my privilege and caring less about the ways I hurt people. I know one of my routes was a preacher, a huckster, a leader of a church fleecing people for money. I know one of the things I learned was that violence could carry a moral authority, and that the forgiveness of Christ could wipe away any sin.

I worry, sometimes, about the other routes I could have walked down, and how much of my choices came down to luck, when I was walking on my own.

There’s a toxic alchemy that transpires between isolation and privilege.