Luther is a BBC crime drama about handling it.

The plots of individual episodes of Luther aren’t really important. None of them are bad – they’re mostly there to be that particular calibre of British Grittiness In Crime Drama, ensuring you get your standard Extremely Nasty Mature things, like the presence of pedophiles trying to live their lives (while also being extremely terrible). Every two or so episodes forms an arc longer than a movie usually focused on dealing with a villain figure, while Luther makes his own life worse by his failure to handle things well in his personal life even as he handles his professional life pretty effectively.

The villains of Luther are about as silly as the villains of Blacklist – they’re crime wizards, but in a sort of low fantasy way. Rather than immunity from the law and commanding global conspiracies and facilities, the criminals of Luther are instead so small and irrelevant in the hyperdense crimescape of London that their particular variety of utterly ostentatious terror could go largely unnoticed. Unlike in Blacklist though they’re largely immaterial.

The villains of Blacklist have power through crime, and it makes them dangerous because society is set up to benefit the wealthy and unscrupulous. The villains of Luther are powerless for a host of reasons, and it makes them dangerous because without a reason to believe in society, they are ‘free’ to use their time and energy to just hurt people. It’s a very British take on the problem – both stories expressing what they feel to be true of a tragic world.

The idea that someone out there concocts the particular combination of mental factors and planning to create these narratively interesting and complex murders is very Poirot, really, but rather than deft covering of tracks in high-class society, the murders of Luther are done in utter obscurity. The victims do not matter: They are chosen at random from the vast soup of London, appearing the moment they are to be victimised and disappearing afterwards, whether they are saved or not (and they are almost never saved). 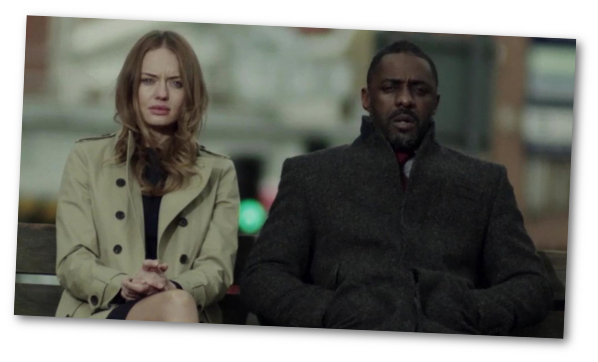 Still, that’s not what the villains of Luther are for. They’re window dressing. They’re motif. They’re there to give an appropriately brutal demand for the unnecessary risk that is John Luther, and to hold up a mirror to his face to show you who John Luther really is, and why he feels justified in being that person.

In a more reasonable criminal environment, Luther would have been shipped off to medical after the first PTSD-inducing case when his marriage fell apart. Oh, I’m sure there are cops out there who handled a violent incident badly, fell apart, had their relationships fall apart and were left as is, but those seem the kind of cops who wind up doing a lot of desk work and putting on a lot of weight, not the towering genius superhuman that is Idris Elba.

(Side note, there are multiple scenes where people who Are Not Idris Elba have to present themselves like they are capable of threatening or restraining Idris Elba, and it never works.)

One thing that’s really interesting about Luther is that he’s a rare example of a cop who is shown to be corrupt but is also framed as a good person. Good-ish. You could make some sort of leftist reading here, indicating that the only way for a police officer to be or do good is to abandon principled adherence to the power structure of the police, but I’m not one to make it. My read is that the people who make this story thought cops are cool, and thought they could do an interesting, different take on them. 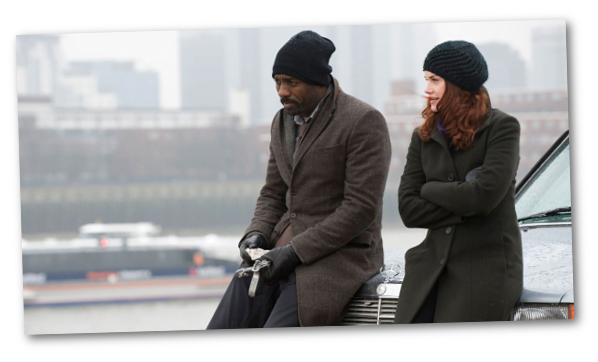 The criminals don’t just provide an excuse for Luther, though. They’re also there as dark mirrors to Luther. They’re almost all emotionally troubled men, in many cases driven by a need they see as greater than themselves. Some see themselves as artists, some are bent cops, some want to repair their damaged relationships, some are withdrawn beyond all reason into their own little systemic view of the world. Luther is a series of watching a man encounter his own dark mirrors and finding ways to deal with them that don’t involve surrendering or destroying who he is.

One detail about this series that I kind of like is the way it handles the physicality of violence. To use a fairly typical American example if a character in a story gets into a fight, the story cuts it like the act of punching someone is a finale. A crack, a hit, the character whips backwards. You don’t get fights like Luther‘s fights – even one of the most decisive blows in the series is the cropper DCI Ripley inflicts on a serial killer, complete with a one-liner. Rather than one liner, blow, black, the scene just continues. The killer falls to the ground, bloody in the face, knocked down, but clearly conscious.

The same is true of the moment Luther in a fit of rage destroys a door. Anyone who’s had to – or chosen to! – do it has faced down the difficulty of what wrecking a door really is. You see people reacting to the task, you see the work, and you see the harm it inflicts on the person doing it. When Luther goes to town on someone’s face with his fists, his hands come out of it bruised and bloody and broken. 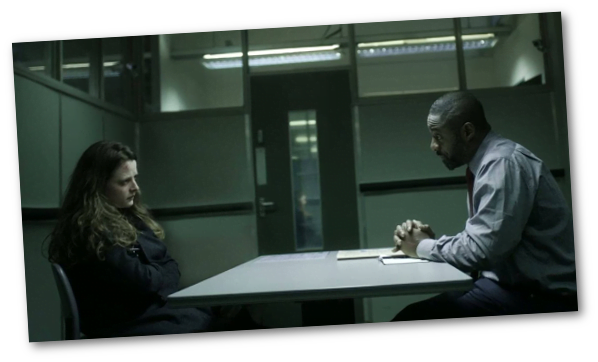 Luther isn’t a series I recommend to everyone, but I enjoyed it. It’s extremely violent, nasty and cruel, but it also features a raw, serious depiction of masculinity in distress that doesn’t try and excuse it or represent that masculinity as an aim unto itself. Indeed, several scenes seem to explicitly reject the idea that Luther is entitled to be the way he is, and several villains oppose the idea that he’s an acceptable norm. If you don’t have the viewpoint we do, if you don’t know Luther, his actions are clearly unreasonable and unacceptable. It is ambiguous to anyone who witnesses a sliver of his life whether or not Luther is handling his problems, but we – and a few characters in-story – know better.

Characters are injured by the violence they commit, and the character most untouched by it is the character we’re shown in the most common ways to be extremely unreal. For spoilery reasons, I won’t talk about that character much, but suffice to say, they are the one who builds most seriously on the series’ central thesis: handling it and not handling it look the same to people who don’t understand you.

Luther is a story of stories, about what The Force does to you.