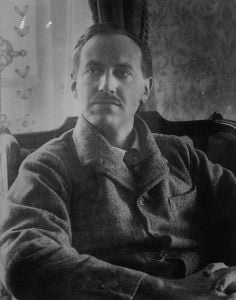 Edward Plunkett, also known as Lord Dunsany was a wealthy and accomplished man, died a bit over fifty years ago – in 1957. He wasn’t a young man – he was seventy-nine years old. I think I first observed this as Dunsany’s death was reaching its 50th anniversary. Dunsany was a military veteran of both the Boer War and the First World War, and a fantasy author of significant impact. Particularly, he wrote of dark creation myths and the idea of impossible histories that played with the fragility of human record of the past. This work was instrumental in inspiring the work of HP Lovecraft, and in turn, Robert Howard, the author behind Conan. In his circle of friends he could count William Butler Yeats, who acted as an editor of his work.

What struck me about this, though, is that less than a half a century ago, a wealthy, well-educated, respected man, connected and surrounded by friends, could die of appendicitis.