Eliot is introduced to the viewer in one of my favourite kind of moments; an off-screen demonstration. He walks up to some very dangerous people, challenges them directly, then the camera cuts away to show the signs of violence, but not the violence itself. Then it cuts back, and he is unruffled and successful.

This is a good joke and a great bit of a vibe at first, but it also is something you see directors do to save money and effort. You know, using editing tricks to hide that an actor can’t pull off something intense and active. Yeah, looking at you Iron Fist. Anyway. Just to hammer that point, though, later in the episode, you get to see Eliot pull off just that kind of action scene, almost a sort of nyeh-nyeh, yes, I can do this. 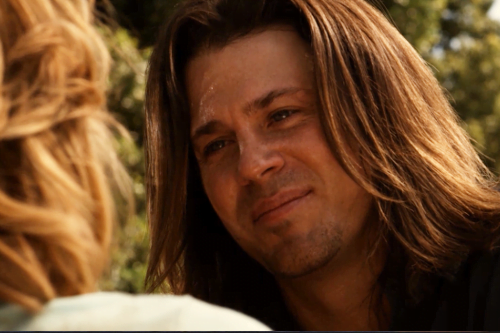 This is – as I keep saying about Leverage, a fast way to get us acquainted with the character, gives us an idea of how he solves problems, and it sets a rule that the series uses for the rest of its lifespan: Eliot doesn’t lose fights. He doesn’t necessarily win all of them (there are a few ambiguous ones), but Eliot, any time he starts to fight someone, is not going to lose.

Does that sound boring? 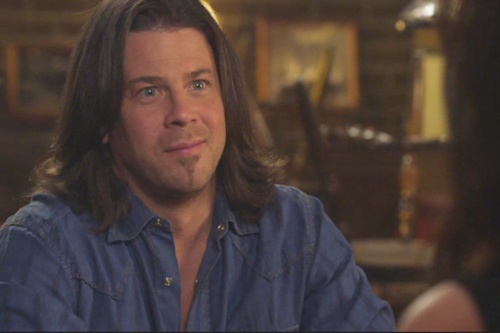 Remember how I say that Leverage is built around short, fast exchanges that let them explain a character quickly and therefore, cram a lot of narrative, with multiple twists and points of tension in a short space? Part of what lets them do those exchanges quickly is sharp contrast: a threat for one character might be meaningless for another, so the tension around one character being in a dangerous space or facing an impassable wall is something you’re going to see another character waltz through.

All four of the other cast members have to treat a bigger opponent who is willing to be threatening seriously. Even Parker, who learns to fight some from Eliot, can’t control a scenario that turns violent. On the other hand, if Eliot commits to fighting people, he will win.

The show handles this really deftly, though: Eliot is often presented with problems he can’t punch his way out without wrecking the plan, or without endangering another member of the team. He still leaps to do it – it takes Nate a few times to tell him that while they can use him to extract, it’s not necessary and he has an alternate solution that will preserve the plan. 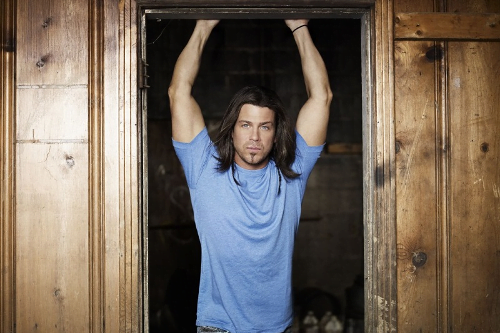 Eliot is a great contrast point in the series in that he’s the pessimism to Nate’s optimism. Sophie likes people, while Eliot doesn’t trust them. Hardison embraces new things and loves complexity while Eliot prefers simplicity and provability. Parker doesn’t understand why Eliot is sad about the things he struggles with, and he doesn’t know how to explain them to them.

What this means is that Eliot is a great foil for almost anyone, though he does admittedly have the least overlap with Sophie.

Still, in almost any scene you see him, he’s a perpetually grouchy, always slightly prickly, extremely competent force for violence. His wide range of experiences with military forces and security forces mean that he always has a way to provide information about random Generally Dangerous But Not Actually Interesting things you’ll see in periods of militarisation and violence. Also it means that if Eliot mentions a thing, you know it’s from a military source, and also that there’s no reason to ask more, because it’s not usually actually interesting.

The presence of Eliot in a story means you will get to see a pretty cool fight. He will often dress up in a cool outfit or be sexy and smouldering. And usually, he’ll be frustrated with someone in a super funny way. 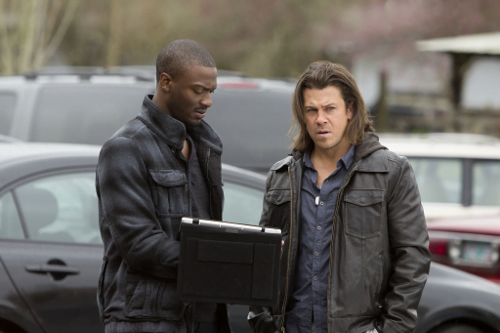 This contrast carries through to the characters too: Eliot is the person in the group who demonstrates, in a way that none of the other characters do, that his actions have affected him. Oh, sure, he’s basically Batman – literally, the showrunners have said they think of him as like Batman – but unlike the other members of the group, whose criminal enterprise is shown regularly to be somewhat external to themselves, or a response to being already different, his experience changed him.

The others are independent and individualistic; Eliot is the one created by the government. The others function by minimising their direct impact on people; Eliot is the most blunt instrument in the group. The others favour mechanisms that they’re best at; Eliot is shown to give up a very useful, very powerful tool because he’d rather not use it.

You can look at Leverage‘s cast in terms of what about them sets them apart from the others, and I think this is the big thing about Eliot: He is the one changed by his experiences, and working with the rest of the crew is not how he becomes who he wants to be, but is how he claws back to something he once was.

There’s a power fantasy to Eliot, and I don’t know if it’s the same as what the rest of you feel. The thing with Eliot is that Eliot is someone deeply scarred by violence, someone who was impacted by it, and who enacted it, and that scarring gave him both powers and capacities to protect others. That’s a very enticing fantasy, a want I know I can understand. It would be nice if hurting was a superpower that let me spare others from hurting.

There’s one final note, and not one I want to ignore but also don’t put much stock in: According to Christian Kane, he, the actor, is of Cherokee descent, but he cannot prove that beyond family information, and does not seem to be actively involved in his Native community.

On the other hand, if you like, you could interpret the character of Eliot as someone with Native ancestry who has some experience with diaspora.