Okay, game design question: Why does Doom give you both keys and switches? Yeah that’s right, we’re talking about Doom again because that’s basically inevitable at this point. When I’m in doubt, I will probably always reach back into lessons from Doom, because like all people who get reputations for being smart, I mostly just overthink one tiny window of my life.

It was this, or I become a priest, okay?

Anyway, what’s the functional difference between keys and switches in DOOM? 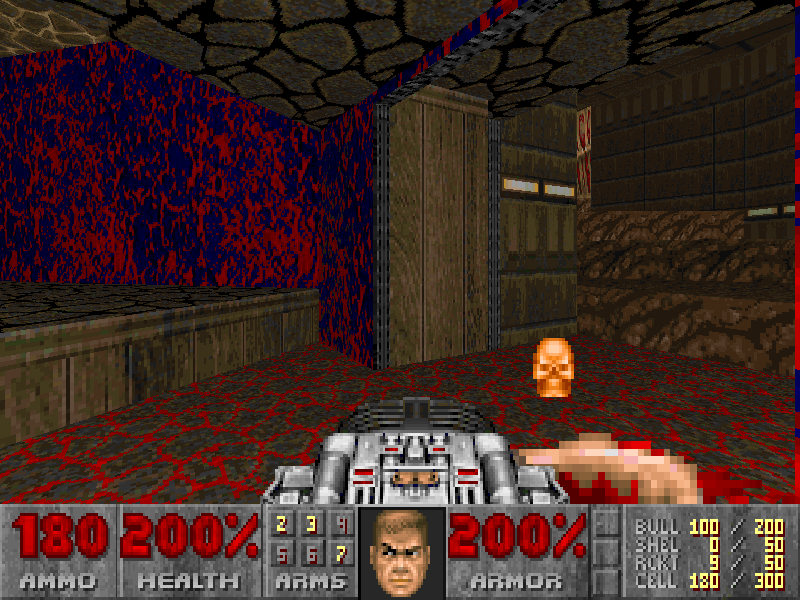 First things first, on the technical level, there isn’t a lot of room between them. Keys are something you need to have to trigger certain ‘things’ (I’m not going to explain linedefs here, operating on the maxim that I shouldn’t blog about anything where I can’t handle a followup question), and those things just won’t work at all if you don’t have the key. It’s pretty binary – if you have a key, you can open the door, and if you don’t, the door does nothing.

You can do the same thing, mostly, with a switch: since the way the game handles keys in levels is ‘a thing you have to do first’ you could make it so all the doors you want to open are ‘locked’ until a switch is flipped. That’s not everything to it – locking and unlocking doors with switches is a little untidy and it can rely on doing things like layering a whole thin door over the space the other door is meant to go.

Still, while keys are ‘just’ inflexible switches, that’s not to say they’re limited in their application like that. Keys do other things, but they’re things they do to the player. First of all, keys signal a reminder of their purpose. Doom typically adorns locked doors with familiar colour bands to show off the colour key they use (though it’s not necessary they do that!).  You have a red key, you might remember that there’s a red door and know where to go to find it. 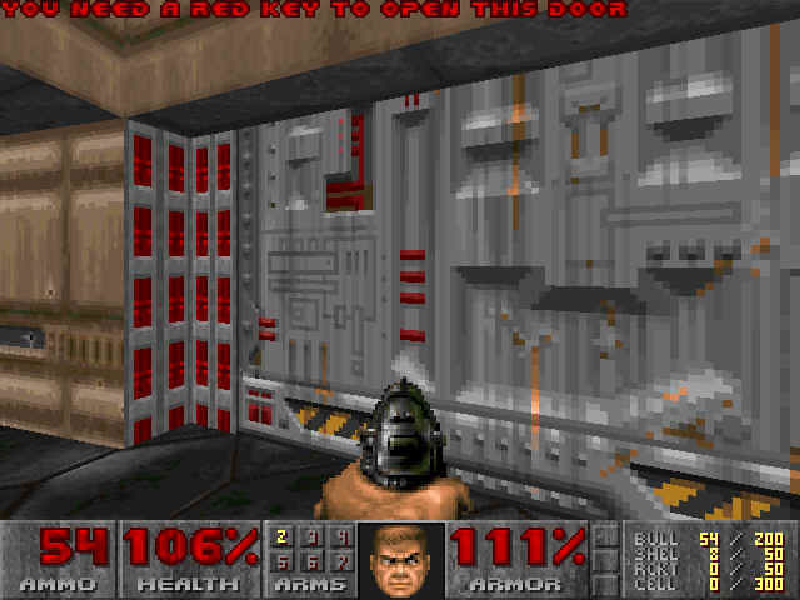 Secondly, keys are carryable. If you flip the switch that unlocks the red doors, then wander back to find the doors, you might not remember if the switch you flipped was the red one or the blue one or the yellow one. Since you’re carrying this one around, you can just check the interface for that.

Also, it might be hard to remember, but sometimes people stop playing Doom mid-level? Having the keys in your inventory means that if you haven’t played for a few days, you’ll be able to see clearly which keys you have, rather than re-hunting. Same as the carryable thing.

They also create a feeling of progress? If you have three keys, it’s very easy to feel like you’re ‘nearly done’ with the level.

Bearing that in mind then, why do both? Is there a difference? Yes and at the same time no. Mechanistically speaking, from the game’s perspective, there really is no meaningful difference. A key is a switch you flip by going to the key’s location and then that unlocks a bunch of other switches. You could colour code switches, too, so it’s not even that. Yet at the same time, keys are things. Keys are objects, even if they don’t exist, and that makes us treat them in our mind like objects, an idea that changes how we treat them.