What happened in June? Lots of things!

First up, June’s blog posts! I had a lot I was really proud of here. First of all, in the academic blogging, I wrote about how autoethnography is important to help erase base assumptions about the perfection of objectivity. I wrote about Hyrule Warriors and how it contributes to some of our worst feelings of awful nerd garbage. I also wrote two posts exploring Arrested Development, split between the old and new versions, and even two fun history posts about The Winged Hussars and the Saigo Rebellion.

We did hit an interesting milestone, though. As of tomorrow’s post (which is a Story Pile post, hence doing this today), I will have posted daily on this blog, non stop, for an entire year.There have been some hiccups, but they’re all scheduling problems – times when a blog post was in the queue and didn’t happen. Beyond that, here is a grid of dots all nicely lined up.

This month’s shirt design was a little bit of an afterthought – I haven’t been playing around with shirt designs too much. Still, it was the ten year anniversary of the infamous loss meme, and I felt it would be a nice easy thing to commemorate. Also, it made Ettin laugh, which really is all the incentive I need to do something silly these days. 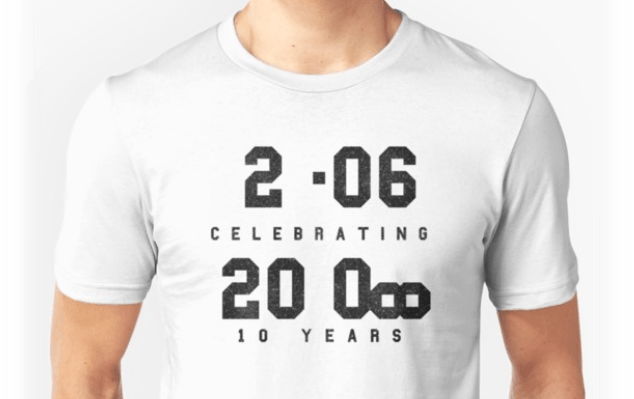 You can get this shirt on my Redbubble. I would be deeply surprised if anyone did.

What about the monthly game content? Well, here’s where fingers are crossed and breath is held. As I write this, I’m waiting on the last bits of art from artists for the Nyarr. Any collaborative work is slower and more complicated than anything else, but, here’s hoping in the next few days I can come back and change this to indicate we got this launched within June.

This month’s video project, on the other hand, was a video exploring Ziggurat, a wonderful game I got for free, and how it had a fundamentally different philosophy to Hexen, the game it’s most compared to.

The big lesson of this game was how ‘play overlaid with spoken essay and visual aids’ could come together reasonably nicely! With a little more forward planning I think I could really make something of this style.

It was the last few weeks of teaching and marking for the first semester, which means as of right now I’m not employed, which is a bummer. If you have any work for graphic or game design or the like, let me know!

I also did a bit more academic blogging, and got through some more books, or chunks thereof for my PhD. There’s been a sort of restructure for that, meaning that I’m doing more longer reads of the works to keep pace with my supervisor, so instead of trying to do a surface impression of a host of books I’m instead able to give in-depth reading on chapters at a time.

June is also a month of birthdays! Fox had one, as did one of her family members, and one of mine. During this, I had a few cooking experiments, which I’ll write about later when I’m more comfortable with the experience of what I did. There’s a certain silly incestuousness of recipes, really – I got the recipes off the internet, why should I retell you about them? Did I do anything major to change them? Probably not worth it. Still, if I find something I think is worth reading, I’ll get onto that.

Anyway, if you’re keeping track, July is going to feature a series of Story Pile entries focused on Kamen Rider W, so if you were hanging out for those essays, here we go. I did want to make them as video essays, but I don’t yet have the material, and I didn’t want to leave it longer.

I wonder if it’s a bad idea to turn articles into videos. I mean that’s what I do already – I write an article for reading, and then put a video to it. So I don’t like, avoid that. Anyway, we’ll cross that bridge when we get to it.