Fanfiction is weird, and I don’t just mean fanfiction as the actual stories. Beating down on fanfiction is one of the easiest things in the world to do, because as a wide-open platform with lots of communal reference points means you’re going to get a lot of people creating fanfiction who aren’t familiar with what we consider to be the standard tools for storytelling. It’s fine, we’ve all been there, churning out two hundred word stories that don’t have a plot or a resolution but which are designed to let the character we like say or do a thing we think we’d like to see.

That’s not what about it is weird that I want to talk about for now. 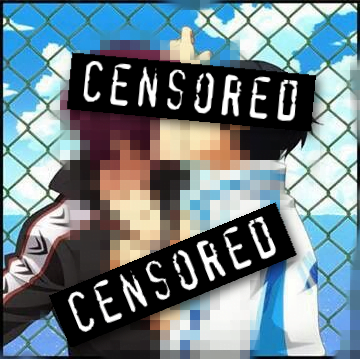 What I want to talk about is the way that fanfiction is weird as cultural practice. Specifically, that fanfiction is a place where people are aware (or hopeful) that they are being read by other people. I have memories of extremely lengthy author’s notes, things that sought to put the story in a greater context, not by showing things in the story, but in the way the author wanted the story approached. It’s interesting, it’s the kind of thing that these days I’d see serious authors, authors writing books as saying, instead that the text should present for itself –

Hey, did you know in one of my first books my first idea for framing the monsters was to just use the Weird Al song your horoscope for today? Sure did.

– but there’s an enduring practice, often connected to tagging culture and content warning culture that suggests that fanfiction spaces are overwhelmingly full of people who don’t just want to create, but want you to know how they create, and want to make sure you approach their creation ‘the right way.’ That’s really interesting, and it also brings with it a sort of interesting exercise in brand building, of identity presentation.  It’s not just that fanfiction authors want to present their work to an audience, it’s that they also want to present themselves to the audience, and that means even if their fanfiction presents a narrative abotu X, they still feel some reasonable respect for the culture they’re part of. Much of the time this is because these authors came up in the same space, were affected by the presentations of other authors, and it helped to shape them and they’re aware of it.

Okay okay okay, but what brought this on?

Well, people whining about fanfiction authors including sex ed information at the end or middle of their stories about characters fuckin’. It’s pretty popular if you’re, say, a person who has comparatively got their shit together, to dunk on this, and by all means, whatever you want to do, but something I always want to remember is that there’s a lot of things about just the way sex worked that I learned from dirty fanfiction. Like basic mechanisms. It got me thinking about how many ideas I got that were really silly at that time, and how incredibly lucky I am that I never had a reason to act on them until after I had used that grounding to build outwards and overcome my ignorance.

It’s interesting, because in a lot of ways, it’s people while creating fanfiction about anime boys doin’ a butt-fuck still trying to be responsible community members. Which is pretty interesting and I don’t really have it in me to make fun of them for trying.

The title quote by the way, was a line I read in a gay fanfic when I was much younger, which made me realise I was reading fanfiction about dudes doing it that had been written by someone who probably didn’t have a penis to check on periodically for reference.