I have a love-hate relationship with Blacklist, the NBC tv series that basically exists because James Spader is a charismatic man who looks good in a variety of neat hats. It isn’t a good series. Not really. I don’t think you’ll lose anything by being spoilered on plot points from late in the series, but I also don’t think you should be sinking hours and hours of your life into watching this show to keep up with what I’m talking about.

Still, it briefly opened the window for a queer angle that would have been amazing and exciting and then it didn’t do it, which feels like an enormous own goal. But I need you to understand what I’m talking about, so let’s put that in your hand, and you can meet me after the cut, if you want to.

Spoiler warning for the general plot and some specific details about Raymond Reddington’s identity in The Blacklist, and also some cissexism and transphobia from a show I don’t think that much of.

Alright, so the bullet points as best I can get ’em.

This is the sequence of events as best I know them, now, two months out from when this article goes up. In some episodes, we have seen Raymond offhandedly bemoan a medical problem and something he’s growing resistant to, and injecting something into his hip or butt at an inopportune moment. We’re also shown as his last meal, he asks for awful cabbage soup and dressed herring. Coyly, he refers to being a ‘different child,’ and talks about a mother who didn’t know what to do with him.

The theory then popped up on twitter that maybe Raymond is trans, and the reason he’s coy about being called Liz’s ‘father’ is because he doesn’t think of himself as that way, having given birth to her as Katarina Rostova.

Now, I was a sincere enough boy to think maybe this was the case – that maybe, just maybe this series had done something really interesting, by showing a trans man and the control he keeps on maintaining his identity and privacy, by seeding the medical needs and the importance of breaking with old identities. It was, in my mind, a pretty good twist. It was a really good idea, honestly, and it wasn’t that the Blacklist hadn’t done a Trans Reveal before with a character. 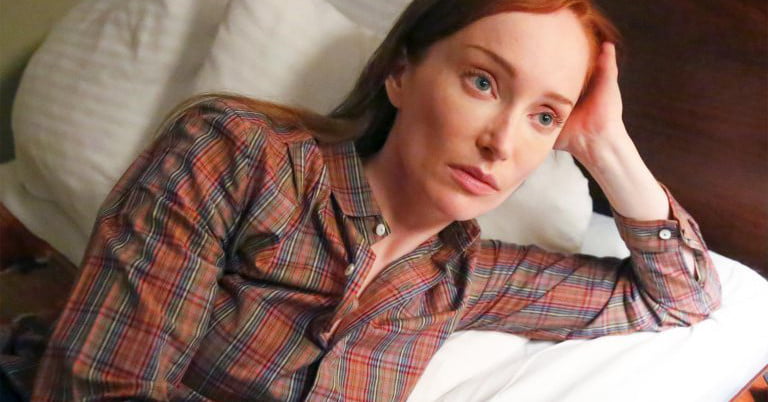 Except the trans reveal character in the past was presenting as a woman who had been a gay man who had been forced to transition due to a fundamentalist family. It’s one of those bits of utter nonsense that double-checking gets you nothing but infowars-level sources. The reveal was treated as shocking and horrifying, and being a woman was treated as deeply traumatising (which, in the context, sure, it would be, but this is your only trans character so far and since).

The theory isn’t true; when the reveal finally came it’s far more boring and far less clever. It’s just another layer of lies and Reddington is someone else we’d never heard of and there’s no subversion of expectations.

But let’s say, hypothetically, it had been true. Let’s say hypothetically that a hundred and thirty episodes into a series like this, you found that the main character you’d been watching be cool and clever and struggle and win and lose, that he’d been a beautiful Russian spy who wanted to be James Spader in a nice hat. That suddenly, this narrative was one of the only times you’d see on TV a trans man kick Ron Perlman’s ass.

Originally, I was going to write a piece here, about how I was interested in the idea that this wouldn’t really transform the work into something I’d recommend, because Raymond Reddington as the coolest trans dude in media wasn’t going to be used to inform him in the story, and you wouldn’t get anything out of the series knowing that. I mean, six years before you reveal that? And where are you going after that?

It would have been cool.

Hell it’d have been great.

I bet there are a host of trans dudes who look at James Spader and hope they get to look that slick when they’re in their sixties.