There are some writers out there, and yes, I might mean you (and if I do mean you, I am judging you), who regard the story that they are writing as a wild creature that wanders and runs as it goes, and you, the author, are helpless to do anything but document it as the tiger whose tail they hold goes where it will. Which is to say, these people will blame the story for the choices they make about what to put in it. Which is to say, these people are cowards who don’t want to own up to the things they want to put in their story, the things they choose to do.

Choices like, for example, punching a woman in the face for no good reason, and treating an entire school of Asian martial philosophy like it’s a cereal box top. These are problems you can fix, if you acknowledge they are things you are choosing to do, and if you think about what you’re doing; they’re much harder to deal with if you pretend they sort of just magically slithered into the story themselves. 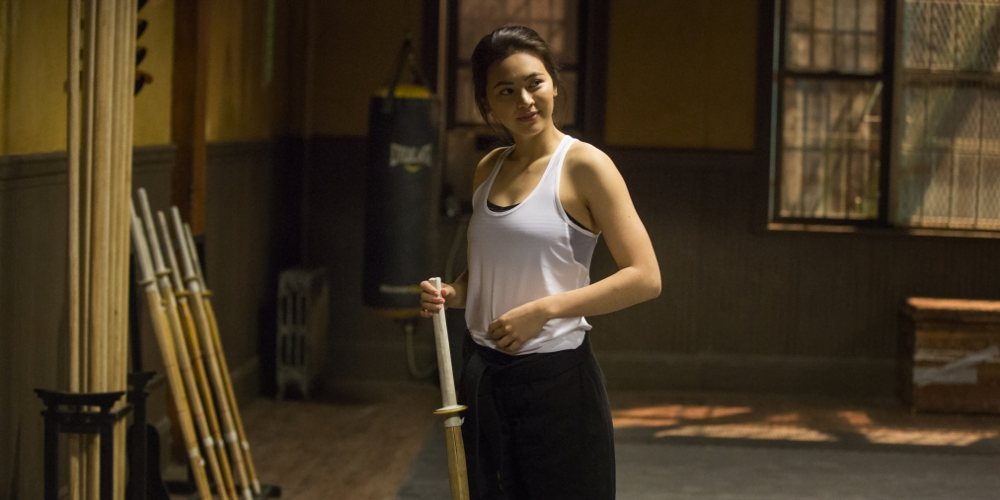 In Iron Fist Danny and Coleen talk about the philosophies of their martial studies. It’s a conversation that we see in small, clipped ways. He uses her sword in a way that’s kind of insulting, and the pair spar back and forth about the ideology of their worldviews. She cites this, he cites that. He demonstrates his superiority over her with physical force, imposition of his hand and body, while they discuss, her ideas being presented as tested against the ideas of his way, his way that seems to be winning all the encounters. Her ancient philosophy she learned from her family vs his ancient philosophy he learned from K’un-L’un.

The philosophies of Japanese martial arts are real things with real histories. Danny is talking made up D&D sourcebook bullshit, which is patched together with that special kind of ‘I just heard of this’ problem, things like travelling to a dojo to meet with a sensei to gain their respect as if that’s a practice everyone should know about despite it being a trend from one very specific period of Japanese history. Things like his disdain of shoes, his (unconsciously?) racist language when talking to the students, these are all covered under the heading of being ‘like K’un-L’un.’ Danny acts this way, and it is forgiveable in how it makes the character look in a world that is like our own, because Danny is from K’un-L’un.

But the problem is, again, that K’un-L’un doesn’t exist.

This is a worldbuilding point, this is about making the things you create in a universe feel like they matter, and showing them in contrast to things we know matter. It’s why heroes punch bricks to show how strong they are. 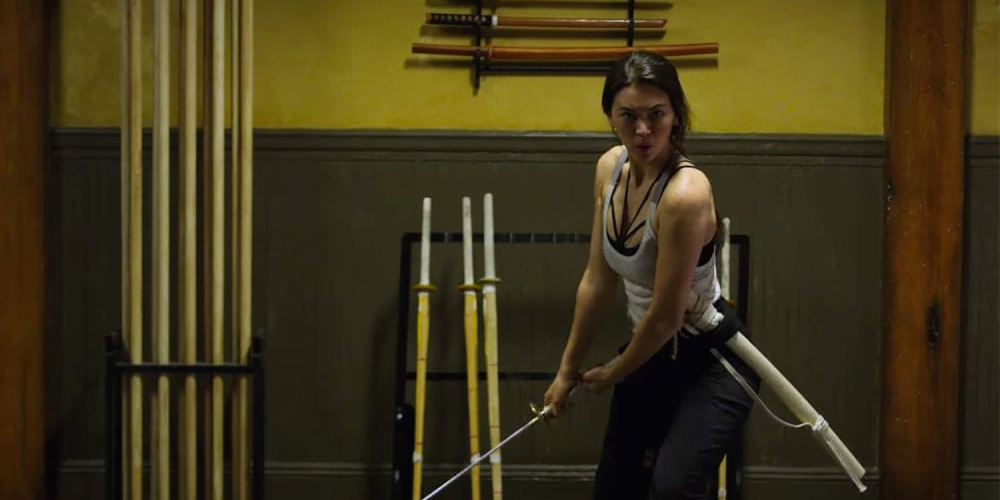 This story wants to juxtapose one culture it doesn’t really seem to understand or respect with a culture it invented. They chose to compare K’un-L’un’s ideals with Coleen’s and then present K’un-L’un as superior. It could have been a non-confrontational relationship; they could have spoken of old teachers together, of connecting to mysterious masters that don’t exist because of Coleen’s association with the Hand. Instead, they made this choice.

That Time Danny Punched A Pliable Woman In The Face

This example’s been discussed elsewhere but let’s talk about Season 1, Episode 6; Immortal Emerges From Cave. It’s a tournament episode (that’s not a tournament, because Danny just has to fight everyone). That’s where we meet the Bride Of Nine Spiders. 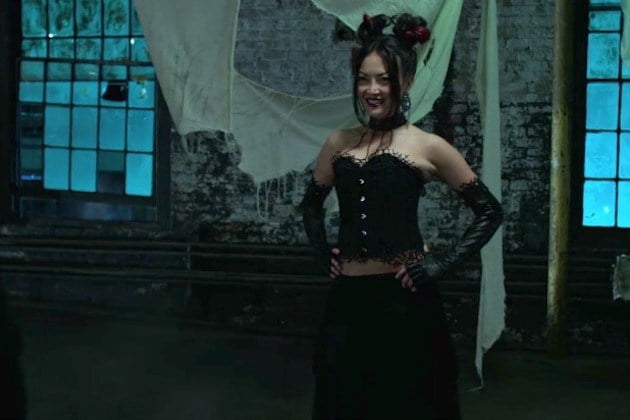 Remember our Daredevil conversation? Here’s the short list of signals that a character isn’t a character but is instead an object.

The character is not fungible – she’s got a standout design that contrasts with the rest of the Hand. Also, she’s a woman while they’re mostly represented by men. You can maybe read something into her introductory shot suggesting she’s a poison researcher… but you’d have to do a lot of work to claim that’s subjectivity or violability. Beyond that? She gets the whole list. Note that there’s nothing wrong with having a character be an object in your story, objects are useful tools to move things along. There sure is a problem with, for example, having a lot of characters who are just objects, especially if all those characters share a racial grouping.

The Sexually Dangerous Exoticised Woman is a trope so old it’s literally gathering dust, and she’s an Exotically Sexy Acupuncture Spider Lady, which is …Not A Good Look. I’m not against spiders, or sexiness, or associating spiders with sexiness; No, the concern is that The Bride of Nine Spiders isn’t presented as anything but that. There is no question of why she does things, or how she does things. She simply is.

For instrumentality, she does a bunch of stuff that makes no sense when considered as her actions to achieve her ends, and once she fills her role in the story she’s gone. Hypothetically her purpose is to defeat the Iron Fist. What we see is a sequence where she enables and explains things about Danny to the audience, things that the story has not shown to the audience. Somehow, we’re told, the Bride of Nine Spiders knows what Danny really wants, what he really is.

How is she supposed to know?

Why does she try seducing him after poisoning him? Why does she put herself in unnecessary danger? If she can close with him and pin him, why not just poison him more? If she had her own identity, her own personality, you could use that as your reason, but the scene doesn’t do anything to do that. The Bride of Nine Spiders is a tool Iron Fist uses to fill time in the story, to state some things about Danny, and then she needs to be dealt with so the story can proceed.

That’s why we get a full shot of Danny backhanding a pretty Asian lady who’s pressing up against him. It literally takes a beat to show us, oh hey look at Danny punching this woman who was flirting with him in the face.

Now remember: This is not a scene from the comics. This isn’t something in the actress’ contract. This is something they chose to show.

Who failed to think about this scene twice?