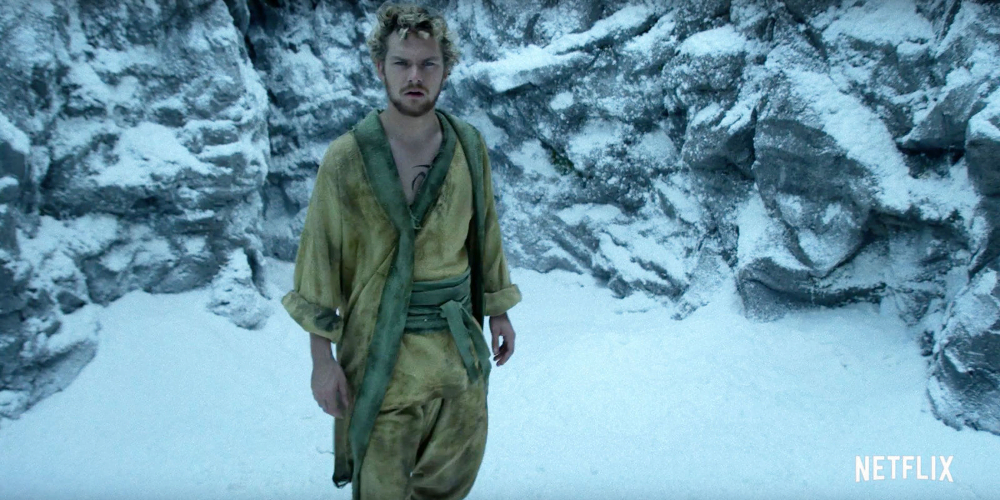 We talked about how the truth of the comics is nonsense – they threw out everything in the comics that matters to the origin and structure of Danny. They didn’t even tell a superhero  story with him. They made a Daredevil knockoff, complete with giving Danny one of Daredevil’s villains to oppose.

Why then, is he white? The answer lies at the bottom of this post, but before we go there, a fold, and a conversation about what Danny should have been, in my opinion.

For some of you this is a retread of an older argument I forwarded when I first heard the casting decision. The idea is a simple one: If you want someone who will be an outsider to an Asian city, and you want to have that same person deal with Asian themes and culture but still be treated as an outsider in America, then the perfect person to cast for this is an Asian-American.

There’s this view of Asia that is implicit in the word Asia; people outside the region – that is, odds are good, you, and crucially not me, – that see it as a monocultural space of places with more or less identical structures and culture that are mostly separated by some general politics, ocean and maybe a bit of old grudges. That is to say, most Americans think of Asia as being China, Japan, South Korea, North Korea, and if they’re feeling Aware, they may remember Thailand or Singapore.

I’m not an expert on Asian groups; but I live in a country that is definitely, part of the Asian area of the world, and we spend all our time pretending we definitely aren’t. But ignoring the white Australian population and the Polynesian crossover in the south-east Asia region, there’s dozens – dozens of countries in this area with distinct cultures, histories, writing systems, languages, cultural values, interpretations of religions and – you should know this, this is the most populated region in the whole world.

Here’s the easy, wallet-card size fact you can walk away from: There are fifty six recognised, distinct, ethnic groups of Chinese people. The smallest of these groups as recognised are the Tatars, and if you scroll up that list, there are eighteen of these groups with over a million people each. There are more Hui and Zhuang Chinese people in China than there are Australian people in the world.

And you know what? These groups have all sorts of problems with one another. Back in 2008, there was criticism of the Beijing Olympic games for representing all of these groups in the opening ceremony, but having every single one of these groups played by a Han group child. That is to say, imagine if say, every major city in America got represented by white kids, including white kids dressed in blackface.

I have only minimal experience with these direct interfaces myself, and I am ultimately going off stories shared with me. Tales told of friends who went to Japan and Singapore and Bali and Hong Kong, and how they were treated. One friend, an Asian-Australian whose family were from Hong Kong went back, without speaking any Chinese languages, and related how he was fine most of the time, except people would talk, in Mandarin, in front of him, often about him, and deliberate on whether or not to explain things to him. Another friend’s time in Japan with her white Australian partner was filled with dealing with people who would be awed and interested in him speaking English, but make fun of her for doing so, because she ‘should’ speak Japanese. 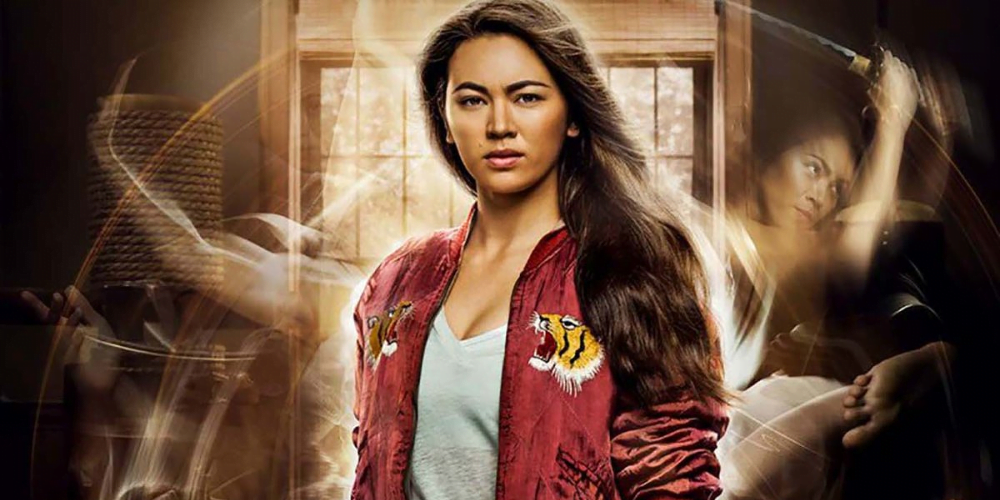 I am like I said, no expert: But if you need someone who can walk into K’un-L’un and feel like an outsider despite all their work, forever, you will definitely, definitely have that story in the hands of an Asian-American who doesn’t speak the languages of the area. Then they can come back and show that same contrast and prejudice – it would serve to highlight that K’un-L’un was not perfect, merely old; you would have the structure of a society that doesn’t actually support them or what they do, and as with the Kung Fu narrative, show them navigating that.

How would an Asian-American who grew up dealing with kung fu stereotypes handle coming back to America and now they actually have that stereotype? Would they embrace it? Would they be embarassed by it? How do you properly handle the fact that you know full well if you tell people what you are, what you can do, you’ll be scorned for it? I don’t know, and part of how I don’t know is that there’s this entire cultural group in the United States that has been pushed so consistantly from the position of a protagonist I don’t really have a good framework for what they largely think of this kind of thing.

Racism. The answer is racism.

Keeping Danny white was complying with a default. The question was asked, why not make things better? It was Why not fix this old mistake? And the answer was Eh.

And that racism is fecking insidious. It’s particularly insidious because it means that you can wind up replicating the effects of racism without ever once feeling like you made a choice to do so.