And there were techniques about writing in lemon juice and writing in water and writing in dissolved metals and things that were, at some point in the 1950s, household items, and inevitably those instructions let me craft messages to put on paper, completely ignoring that as a child, in my tiny closed environment, there was literally nothing I could write on a piece of paper that the people around me would be interested in reading, let alone anything I needed to keep secret. Maybe they’d find one of my pieces of paper with moist lines of probably-dried-fluid on them, and decide it was time to get to the bottom of the kind of secrets a nine year old who literally never went anywhere but church or a small wooden box at school. 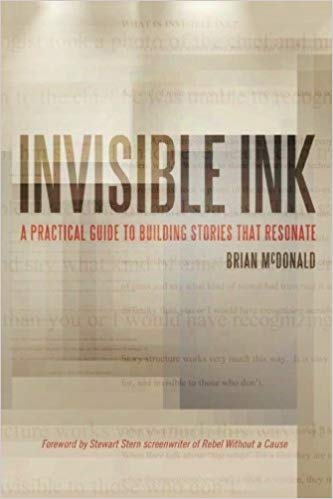 A friend did a writing course, just after the end of City of Heroes. There, he read the book Invisible Ink and took notes, sharing them with me, because I didn’t have a copy for the book. Since then, I’ve used the term invisible ink to refer to story elements that the story puts forwards, in ways that the audience can experience, but without ever needing to state.

Sometimes, you’ll see people confused by a story, because the story assumed you’d know something that the story never told you. That can sometimes be a sign of a disjointed story, and it’s worth considering why that happened. Sometimes, though, sometimes, it’s a sign that the audience can’t see the invisible ink. Why does this super queer text read obviously queer to queer people, and not to het people? Why does this Australian character enrage Australian audiences when they seem fine to Americans? What’s the appeal of Kath and Kim and why did it fail?

I think about this, because one, I think that the invisible ink we leave behind is more interesting than our deliberate choices. Two, and perhaps more damningly, is because I remember being without any of the way to see these invisible inks. Imagine getting into culture in the year 2001 without any idea at all about the common metaphors of film.

I’ve had to do a lot to construct myself, and a lot to understand invisible ink.